On August 3, 1926, the cornerstone was laid for the new Town Hall during Old Home Week celebrations. Prime Minister Mackenzie King and Premier Howard Ferguson did the honours.

Earlier in the year, a public vote had been held on whether to proceed with the project. The building required the issuing of debentures of $68,250, which taxpayers would have to repay over 30 years. The public vote was held February 22, 1926: 241 voted for and 10 voted against.

Work began in June of that year. Council held its first meeting in the building on January 11, 1927. (Photo and details from Huntsville: With Spirit and Resolve.) 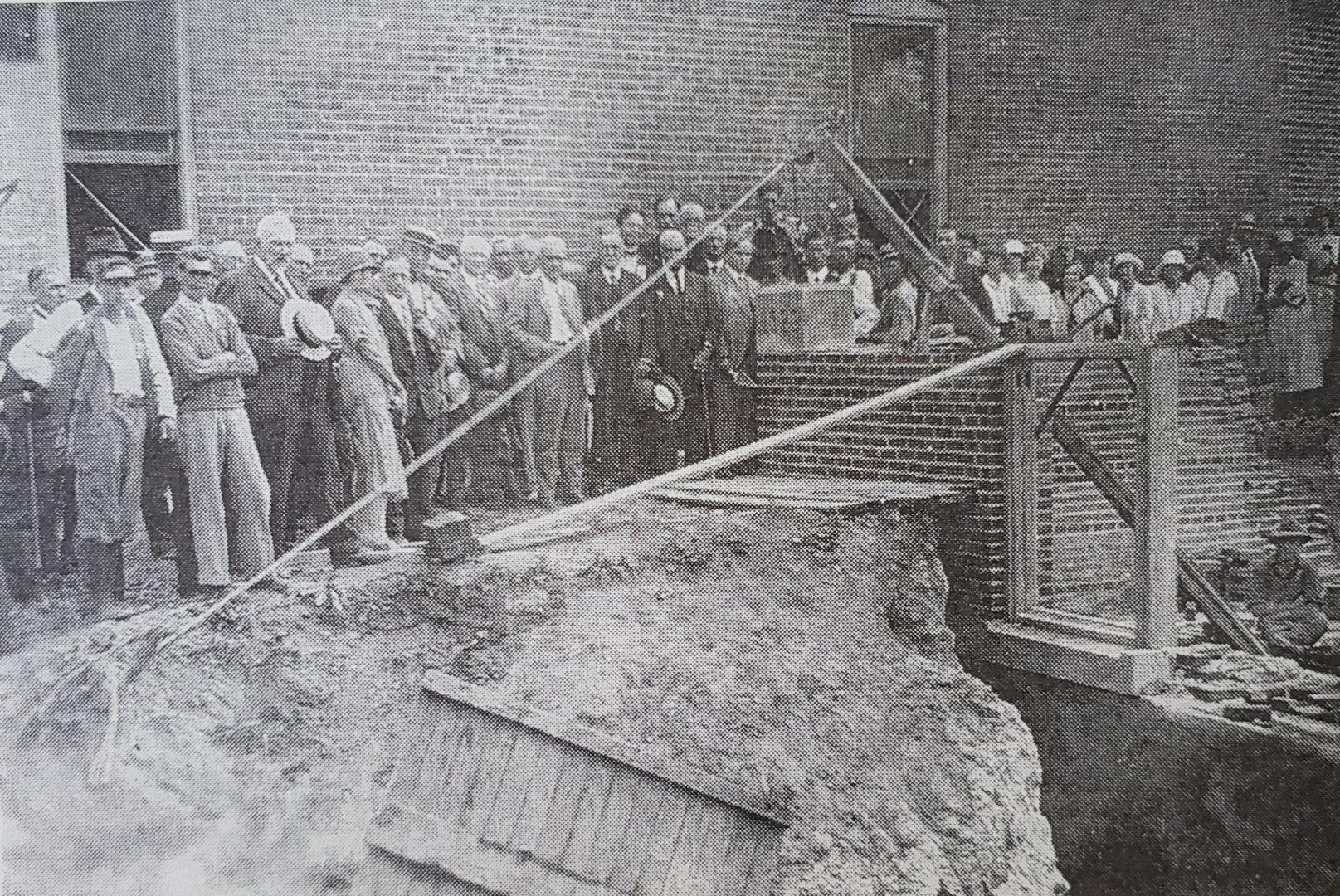