This is the iconic log-front store of the old Huntsville Trading Company. The venture was started by the Ginsburg family: Max and his four sons Morris, Israel, Abraham, and Samuel. Shortly after their first store opened in 1918 the entire stock was destroyed by fire. They then purchased property on the north side of Main Street.

After Max died in 1923, the brothers began a building spree. By 1925, they had four buildings, three containing stores and the fourth a storehouse, all of which took up half the block between West and Centre Streets.

In April 1942, the Ginsburgs remodelled the front of their dry goods store which was thereafter called the log-front store. In February 1944, fire struck the business again, destroying the grocery section of Huntsville Trading Company as well as the adjacent Ecclestone’s Hardware. The log-front store was separated from the grocery department by a firewall and suffered only heavy smoke damage. The Ginsburgs sold the store in 1949.
(Details courtesy of Huntsville: With Spirit and Resolve) 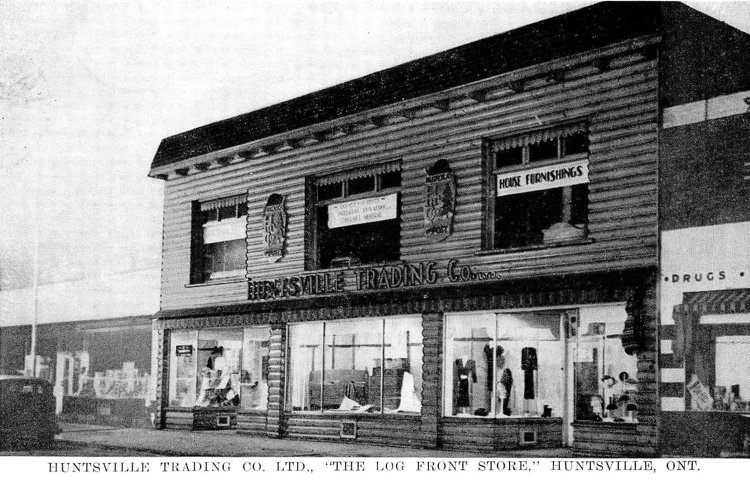