According to Huntsville: With Spirit and Resolve by Susan Pryke, the councillors had their first meeting on April 26, 1886. “They presided over a community newly carved from the bush, where there were no sidewalks, no streetlights, no municipal waterworks or sewers,” she wrote. “Not surprisingly, the control of domestic animals, particularly cows, occupied the greater part of the councillors’ time.”

Within a month of taking office, “the councillors had regulated fence and chimney construction, prohibited the firing of guns in the village, passed regulations to prohibit the growth of weeds, and set rules to restrain dogs. They also passed a bylaw to preserve public morals.”

Photo courtesy of the Muskoka Heritage Place collection. Details from Huntsville: With Spirit and Resolve by Susan Pryke. 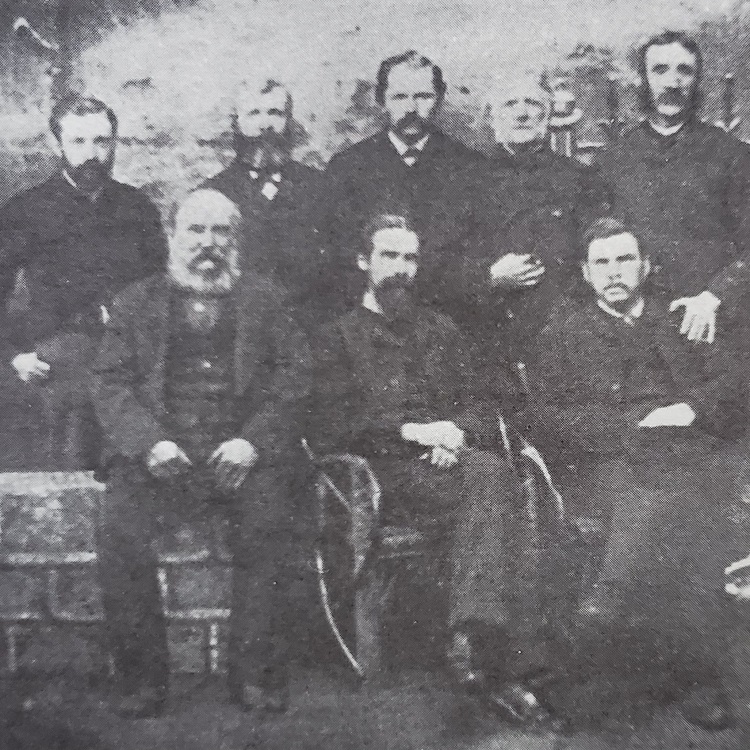 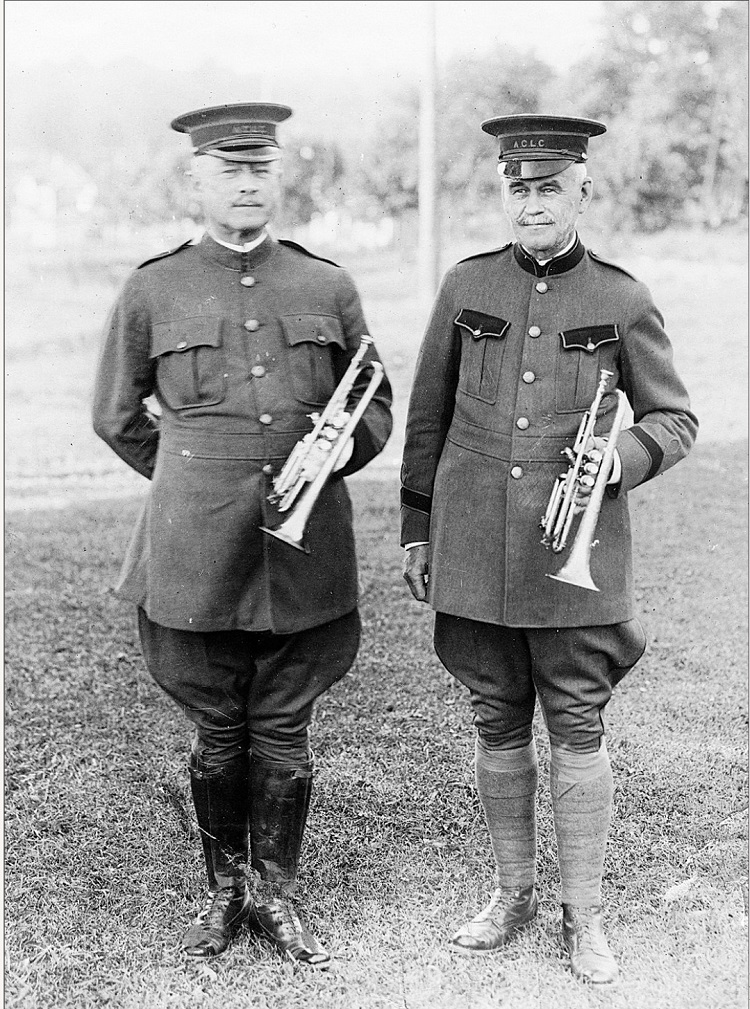 C.O. Shaw (right), owner of the Anglo Canadian Leather Company, had recruited men from the village of Meana DeSusa in Italy to work for him. One of the immigrants, Vincenzo Grosso, a cornet player, taught some of his coworkers some music and formed a makeshift band. Shaw was impressed by their talent and offered to supply music and instruments to the men to give them a “useful” pastime while off-duty. The band grew in size and Shaw, a cornet player himself, eventually invited Herbert L. Clarke (left), who was considered the greatest cornet soloist in North America and at that time was the assistant director with John Philip Sousa’s band, to Huntsville to hear the Anglo Canadian Leather Company band. Clarke signed a contract to become leader of the band in 1918. The band had mandatory rehearsals twice a week—a doctor’s certificate was the only acceptable excuse for absence—and under Clarke’s direction became famous across North America. Clarke continued as the band’s leader until 1923, and it was disbanded in September 1926. (Photo courtesy of Muskoka Digital Archives. Details from Huntsville: With Spirit and Resolve, by Susan Pryke.)