Doesn’t this look like a fun way to spend a winter afternoon? The activity was part of a long-ago ski carnival. Can you guess the year? ( Photo: CN Images of Canada Collection) 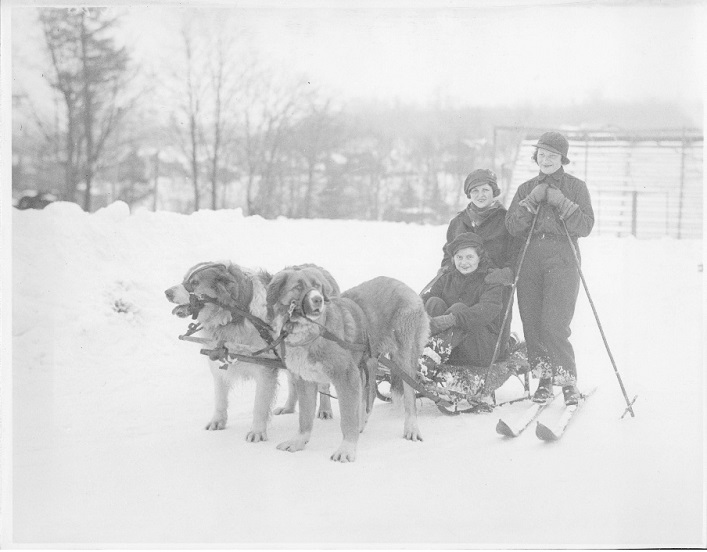 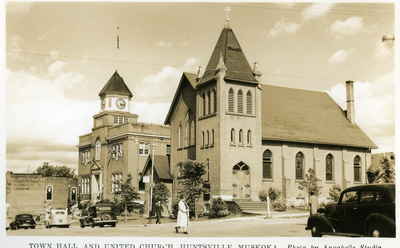 The photo on this postcard was captured sometime between 1937 and 1940 and shows Huntsville’s Town Hall and Trinity United Church at the corner of West Street and Main Street. The automobiles shown are, from  left: 1937 Dodge (white), 1934 Oldsmobile, 1936 Chevrolet.

Town Hall was built in 1926, opened 1927. The clock in the tower officially started at 11:00 a.m. on October, 11, 1927. The Methodist Church opened in 1897. It was built by George Hutcheson. Following the union of Presbyterian and Methodist churches in 1925, it became Trinity United Church. (Image and details courtesy of Muskoka Digital Archives.)