You are here: Home / Entertainment / Indigenous Spirit Matters praised by visitors to Huntsville

The Indigenous Spirit Matters exhibit at the Canada Summit Centre has garnered high praise from visitors to the collection.

Former Huntsville resident, Bryan Bowers and his family, began the collection of works by Indigenous and Indigenous-spirited artists in 1976 with a piece by Brenda Wainman Goulet. The collection was “born out of Bryan’s search for his Indigenous roots, one that is still ongoing and is inconclusive,” notes documentation at the exhibit. As a Huntsville High School student in the early 1970s he was nicknamed “Chief”, “FBI” and “Wagonburner” for his looks.

“I hope that viewers of this collection will be transformed and inspired to learn more about the true history of our great country, both its dark side and its bright side, as we celebrate Canada’s sesquicentennial,” says Bowers. “I feel humbled to have had so many Indigenous cultural carriers come into my path in my quest and I am honoured to share this work.”

A visitor from Kingston, Elizabeth Macdonald, said she and her partner were deeply moved by the exhibit. “A few years ago before he moved out of the area, I had the privilege of working on a couple of community projects with Bryan Bowers,” she wrote. “Because he graciously welcomed us into his home for some of the planning meetings, I had seen some of the art pieces already.  It was powerful to see them again at the Centre and to see some new pieces as well.  I found my mind stretched, my heart warmed and my whole self engaged by the exhibit.

“This kind of art is essential if I and the circles of people I know along with the rest of Canada are seriously to be transformed so that we can truly live into respectful right relations with one another, our non-human relations and this Earth.” 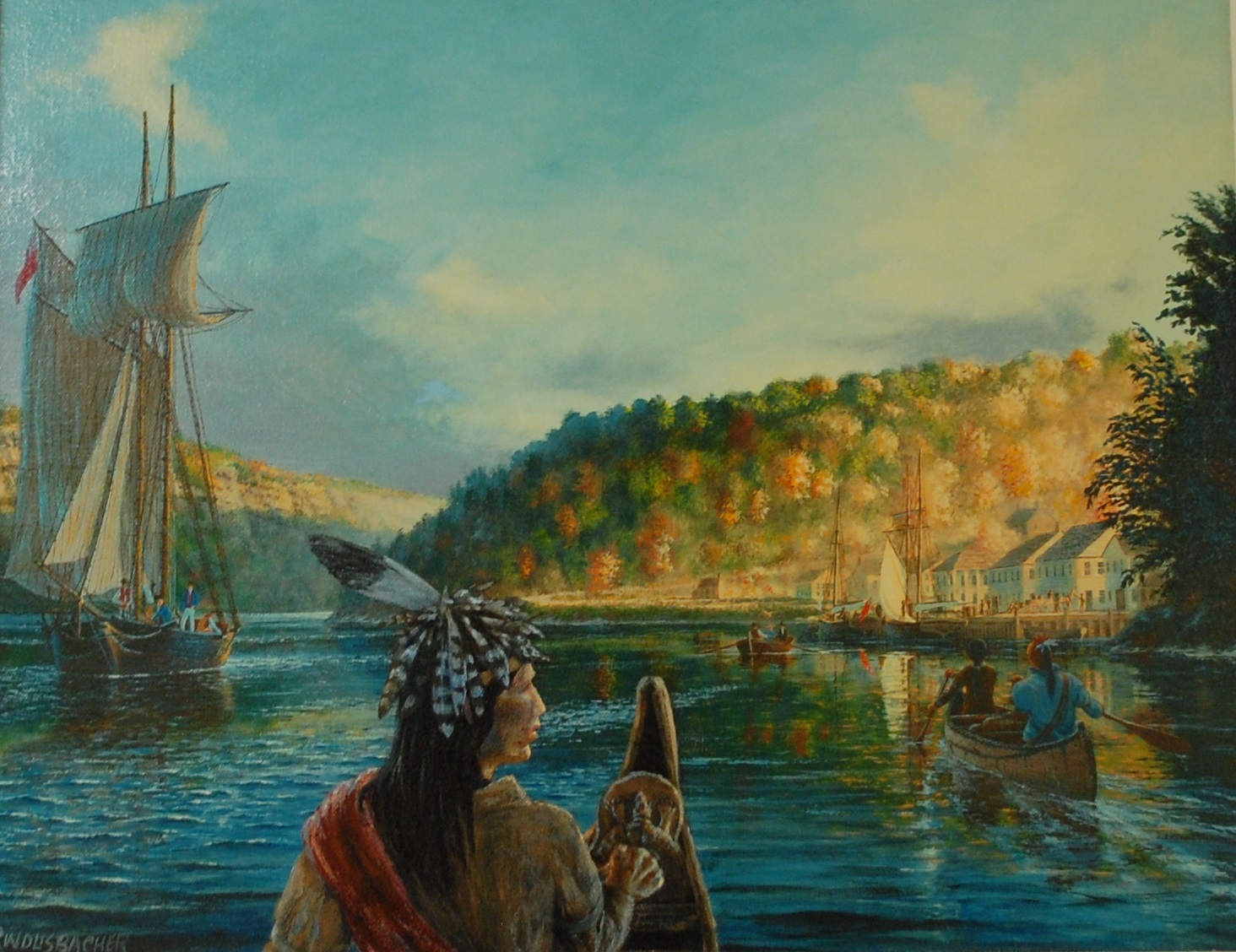 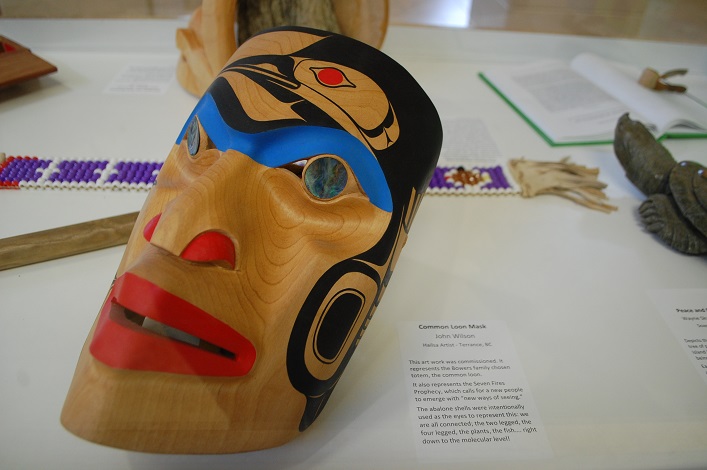 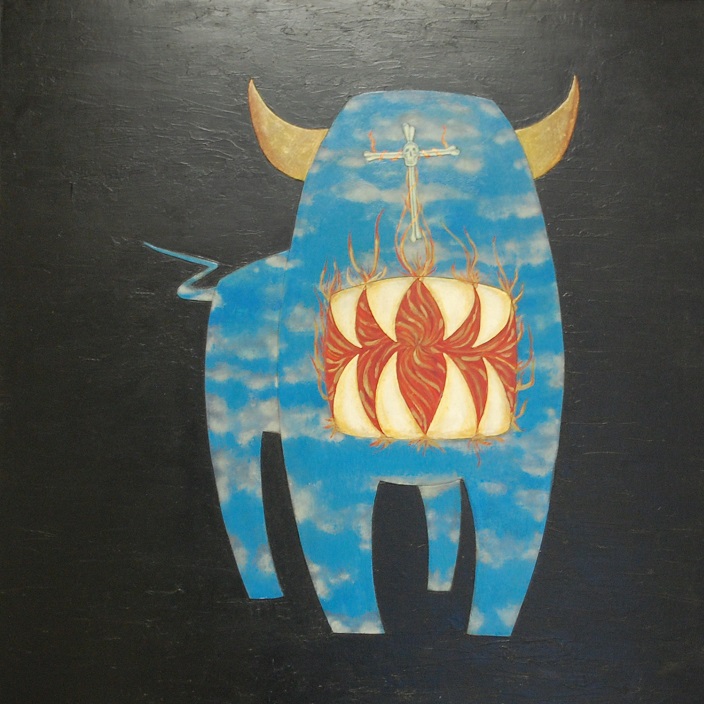 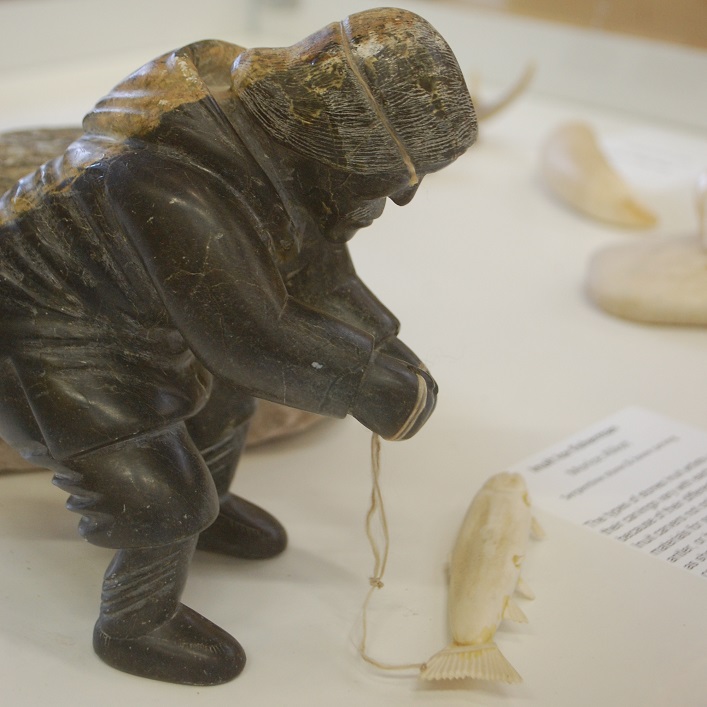 Many of the pieces displayed are accompanied by interpretive and historical notes.

“As I walked and looked and read the well-written and very helpful text alongside each painting or sculpture, I realized they were arranged in a chronological order,” wrote Carole Roy from Antigonish, Nova Scotia. “Although from Indigenous artists (perhaps with a few exceptions) from different regions of Canada, two themes seemed to surface: the history of colonization and the resistance it engendered, and Indigenous ways of seeing or thinking… The array of colours and the creative forms in the paintings are beautiful and attractive, yet at times starkly contrast with the shocking texts that revealed for example that until the 1950s it was illegal for lawyers to represent Indigenous people! This collection not only honours the beauty and wisdom of Indigenous cultures, it also reveals their resilience and creativity despite the difficult hardships endured under colonization.” 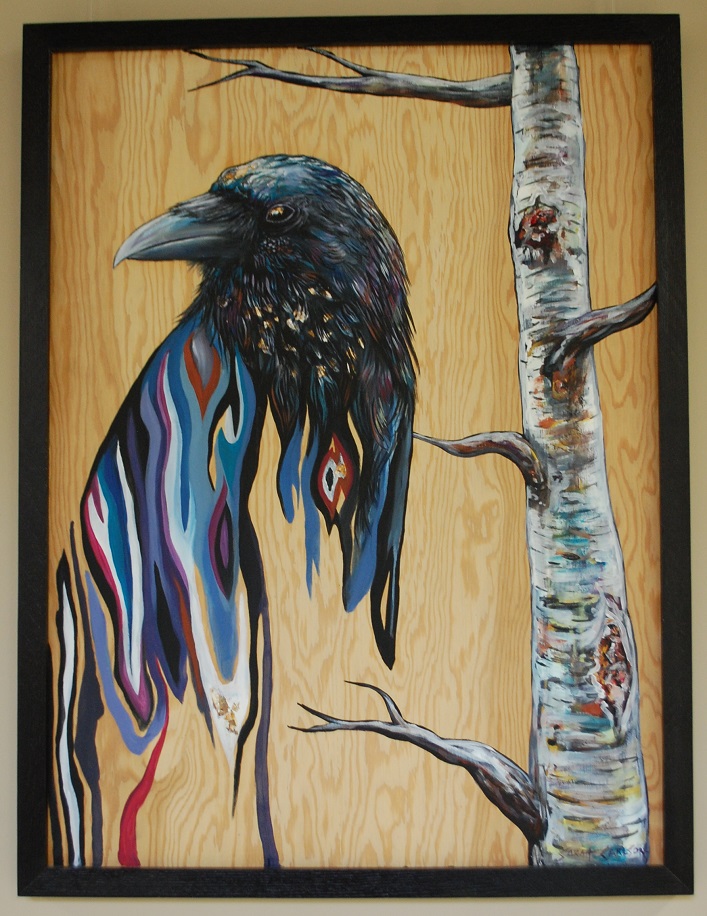 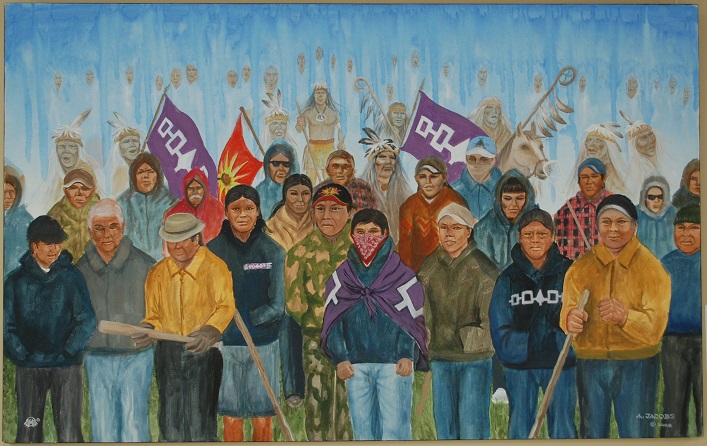 “We live in times of choice and we stand at a critical juncture, at a crossroads, in time,” says Bowers. “Before all Canadians are two paths: one leads to healing and restoration and the other leads to death and destruction. This art collection takes viewers back in time and we hope to transform attitudes and inspire healing.”

Indigenous Spirit Matters is on exhibit at the Canada Summit Centre through Monday August 14, 2017 and is free and accessible whenever the building is open. (Note: the CSC is closed on Monday, August 7 for the Civic Holiday.)

Even celebrities can have Airbnb issues, it seems. When actor John Cleese took to Twitter […]

Main photo: The cast of Dot the T Productions’ FUNeral for a FriEND (from left) […]

UPDATE: Due to the weather forecast, OFF THE BEATEN PATH will be switching venues to […]