The inaugural Muskoka Fatbike Race was eagerly anticipated by local fatbike enthusiasts. After all, how often do they have the opportunity to ride on a snow-covered, car-free Main Street?

The Huntsville Mountain Bike Association (HMBA) hosted the Feb. 22 event, which was held as part of Huntsville SnowFest.

The race brought in 65 racers in four different categories: men’s and women’s recreational, and men’s and women’s competitive. There were both local racers as well as some from as far away as London, Goderich, Niagara-on-the-Lake, and Sudbury.

The course traversed both Main Street and River Mill Park. Foot traffic earlier in the day affected course conditions and, as the race progressed, racers were working hard to stay on track, with some needing to walk their bikes up the hills. Many spectators cheered them on from the sidelines, some commenting that the bikers made it look easier than it really was.

Noah Galt from Riverside P.S. is an avid biker and competed in the recreational category. He said his favourite part of the race was the location as he enjoyed being able to race down Main Street in the snow. The hardest part was the ride itself: he couldn’t believe how hard it was for a course that looked so easy.

Noah’s father, Adam Galt, raced in the competitive category even though he was under the weather. “The atmosphere around the event was amazing, both as a spectator and as a racer. The location and format was something that I don’t think anyone had ever seen before,” he said. “Most races have a few small sections where riders are cheered on, but having it around the entire course was awesome.” 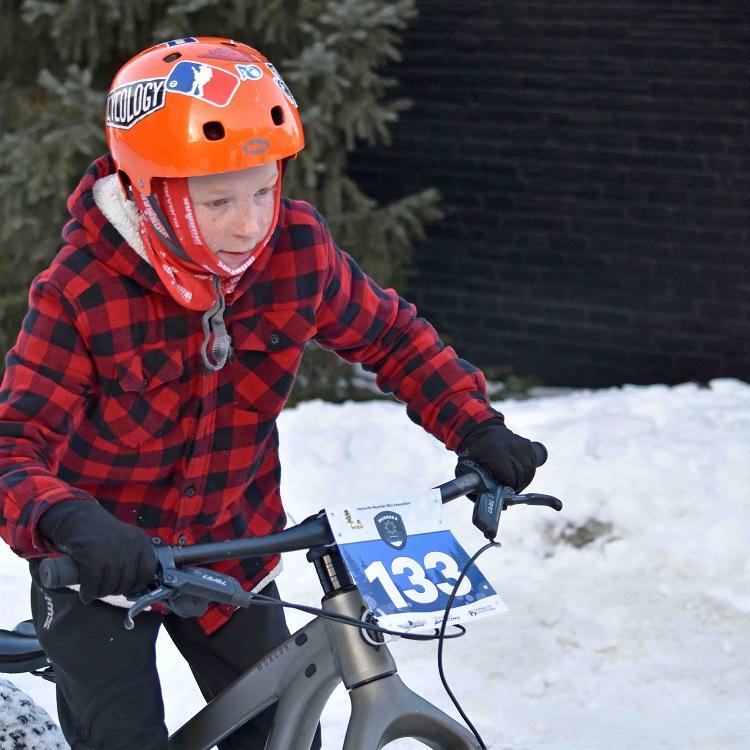 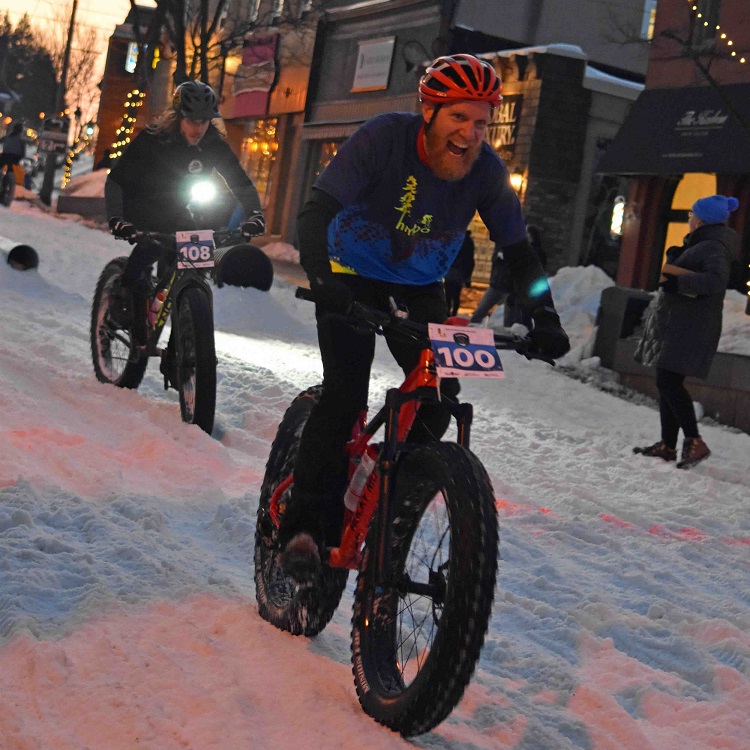 Noah Galt (above left) participated in the recreational category while his dad, Adam Galt (front at right) tackled the competitive category. (Cheyenne Wood)

In the men’s competitive category, Cole Punchard, an HMBA member from Novar, took the lead right out of the start and stayed there even through a bike malfunction that forced him to switch out his bike for a rental for part of the race. He would finish a full 44 seconds ahead of the second-place rider. Ian Manning of Huntsville was the only other local top-ten finisher, placing ninth in the men’s competitive category. For the women, Kaitlyn L’Abbe of Port Sydney placed fifth. 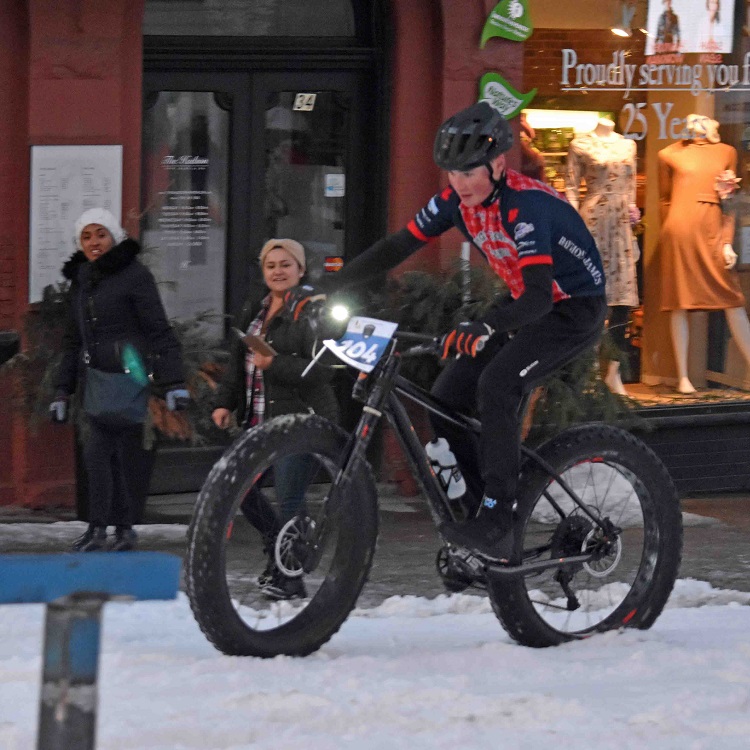 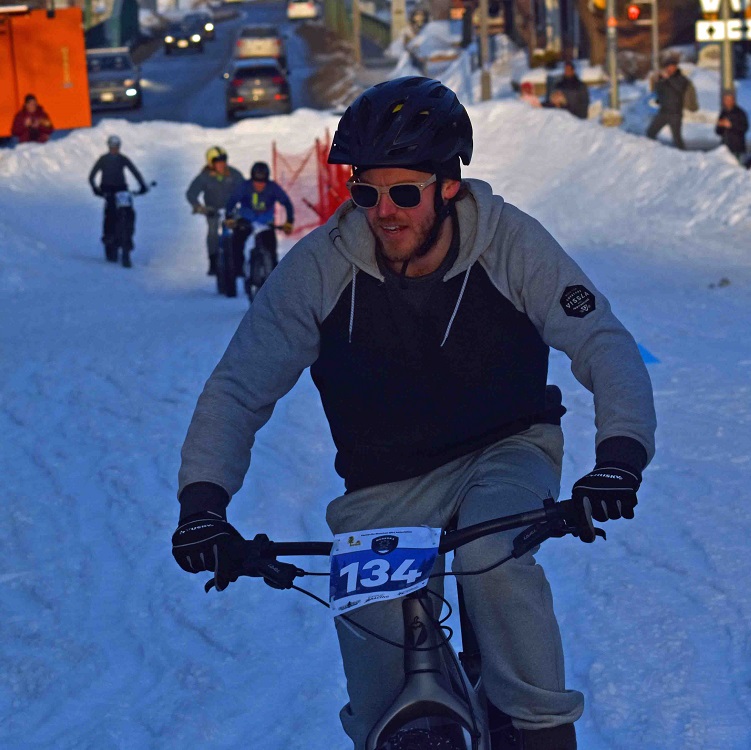 “My race went pretty well off the start. I had a big gap on second and never looked back,” said Punchard. “Eight minutes into the race I started to catch lap traffic so it was a little tricky getting around them but I made it happen. Three quarters into the race I had a mechanical issue and had to hop onto an Algonquin Outfitters rental bike size small and rode that for two laps, and then once my bike was fixed hopped back on it and finished off the race strong to take the win.

Punchard wanted to share his thanks to the Huntsville Mountain Bike Association for making the fatbike race happen. “Racing in front of the home crowd on Main Street on a fatbike was a great experience because usually my races are far away so to hear everybody cheering and friends and family that came out to watch was amazing,” he said.