You are here: Home / Business / In with the new and out with the old: Doppler’s top business stories of 2017

The retirement of long-time and beloved business owners, along with the eager young entrepreneurs taking their place, were among the top business stories we posted in 2017.

After 35 years, Bessie and Dino Georgas handed the reins and keys to Family Place Restaurant and Pizza over to Jenny Spring and Oliver Wolfe of The Spring Farm fame. True to their word, Jenny and Oliver haven’t changed anything at the iconic and popular local eatery, including continuing the tradition of Bessie and Dino’s annual Christmas luncheon and raising almost $8,000 in support of the Salvation Army Food Bank.

Read about the switch in A new family is taking over Family Place Restaurant.

Another pair of long-time Huntsville community supporters and business owners, Tracy and Randy Robinson, also retired this year. They turned over their business to Darcy Bullock and Alycia Simmons who have made a commitment to continue supporting Huntsville charities, including helping to feed 1000 Muskoka families this Christmas as part of The Bay Food Crew.

Read about Tracy and Randy’s retirement in The Robinsons say farewell after 21 years.

A new craft brewery coming to town caught Doppler readers’ eyes, in part due to the location: the former Dollarama building in Brendale Square. Steve Koncan, who is leasing the property from its new owner, said he intends to open a tap room, production facility and a retail store, similar to the Sawdust City Brewing Company in Gravenhurst. If everything goes according to plan, the brewery could open sometime in 2018. 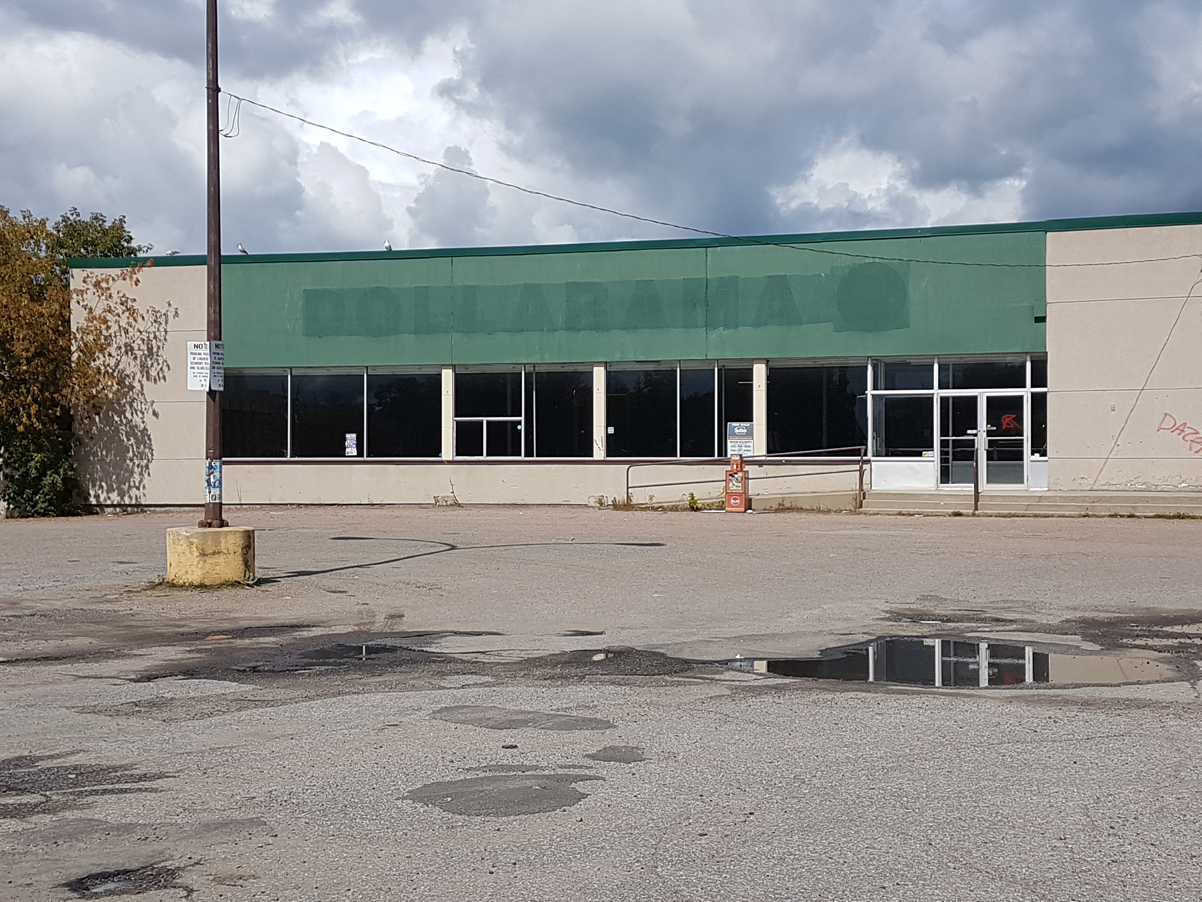 That news was followed a few weeks later by an announcement from Baysville’s Lake of Bays Brewing Company that it will be opening the Huntsville Brewhouse on Main Street in the spring of 2018. The two ventures are not related. 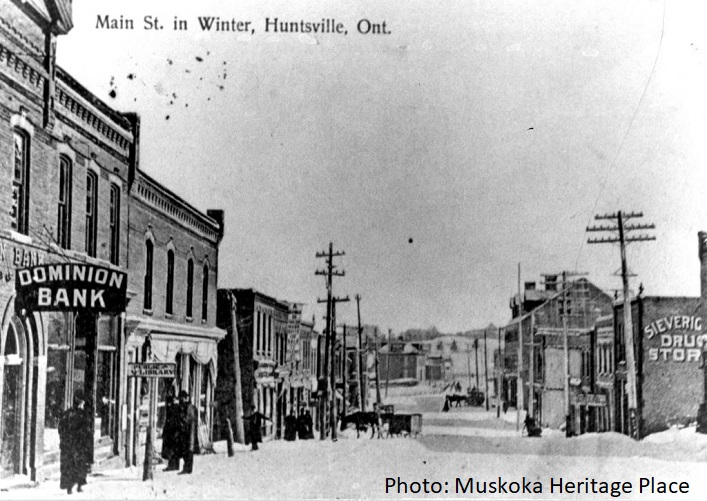 This 1908 photo shows the original location of the Dominion Bank, which opened in 1899 (Photo: Muskoka Heritage Place)

A chapter in Huntsville’s history will come to an end when the TD Bank branch on Main Street closes in February 2018. It has had a presence on Main Street for almost 120 years — the Dominion Bank opened in 1899 in the current location of The Hudson Hair Salon and moved to the corner of Main and King Street in 1926 where it remains today.

Read about the decision in After almost 120 years on Main Street, TD branch will close in February 2018.

Many Huntsville residents were pleased to learn that Huntsville’s Hometown IDA is doing its part to ease our town’s physician shortage. The pharmacy welcomed Dr. Richard Brûlé to its newly constructed medical clinic at the end of August, positive news for local residents without a family physician. Dr. Brûlé hopes to welcome a total of 1500 new patients to the clinic.