You are here: Home / Community / HHS co-op program helps set students up for a successful career

Students enrolled in the co-op program at Huntsville High School are building their resumes prior to graduating with quality work placements at local businesses, with some even securing apprenticeships.

“It provides an opportunity for students to get a dry run of the workplace,” said Jim Milne, co-op teacher at Huntsville High School. “If they have a career in mind, they can pick a placement in that area with one of the amazing community partners we have. I’ve lived in this town for 11 years and I didn’t think the community support could get better than it already is, but being the co-op teacher has blown me away with the support from the community.”

Students can find placements in a wide range of career fields from baking to health and wellness to trades. And some get offered work or apprenticeships beyond their co-op placement.

“We were able to get five apprenticeships secured [this year],” said Milne. “They’ll be starting on the job as full-time apprentices on July 1, the day after graduation.”

One of those students is Cooper Haynes, who had lost interest in attending regular classes at school and signed up for the co-op program a few weeks into the school year.

“I didn’t really want to come to school, I didn’t want to drop out but kind of did,” he said. “I’m not a big fan of school.”

“Cooper reminds me a lot of myself,” added Milne. “I was 16 in Scotland when I was finished high school and got into the trades right away. School wasn’t for me, but when it was related to work I went to college for six years and I had no problem sitting in a college chair because it was related to stuff I loved doing.”

“I don’t like school, that’s how it is. I’m not very good at it and I barely pass my classes. When I started co-op I found that it brought me back and I found my place where I want to be and where I want to go,” said Haynes, who wants to become an auto service technician.

Milne works with the co-op students to find an appropriate placement based on what the student thinks they may want to do in the future.

“We try to find placements for students that are successful for the student and the employer,” said Milne. “With Cooper’s position I thought we might not get a good placement that would be a fit for his first choice. But we were able to connect with Huntsville Honda and we were able to get him in there and by my first visit he was almost getting his own work space, half-way through the semester we were talking apprenticeships. The program got Cooper in the door, but he made a job for himself by his efforts on placement.”

The other students who secured apprenticeships this year are Jeff Cormier with Muskoka Auto Parts, Alan East with Jeff Pearson HVAC, Matt Vowels with Pro Street Powersports, and Connor Warboys with Muskoka Rent-All. 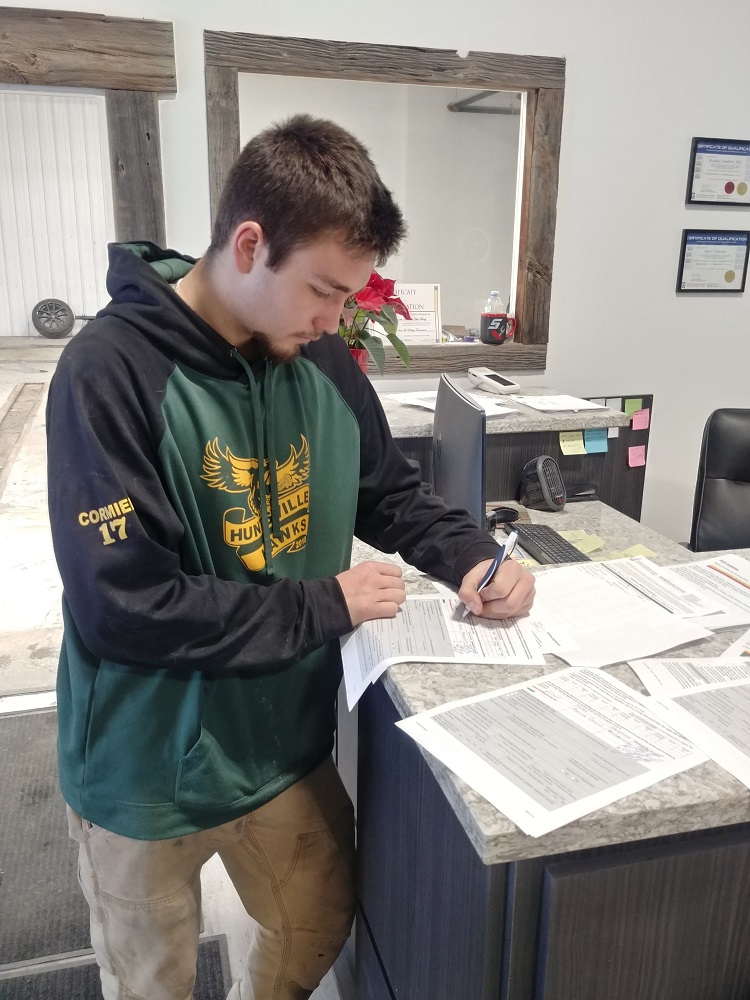 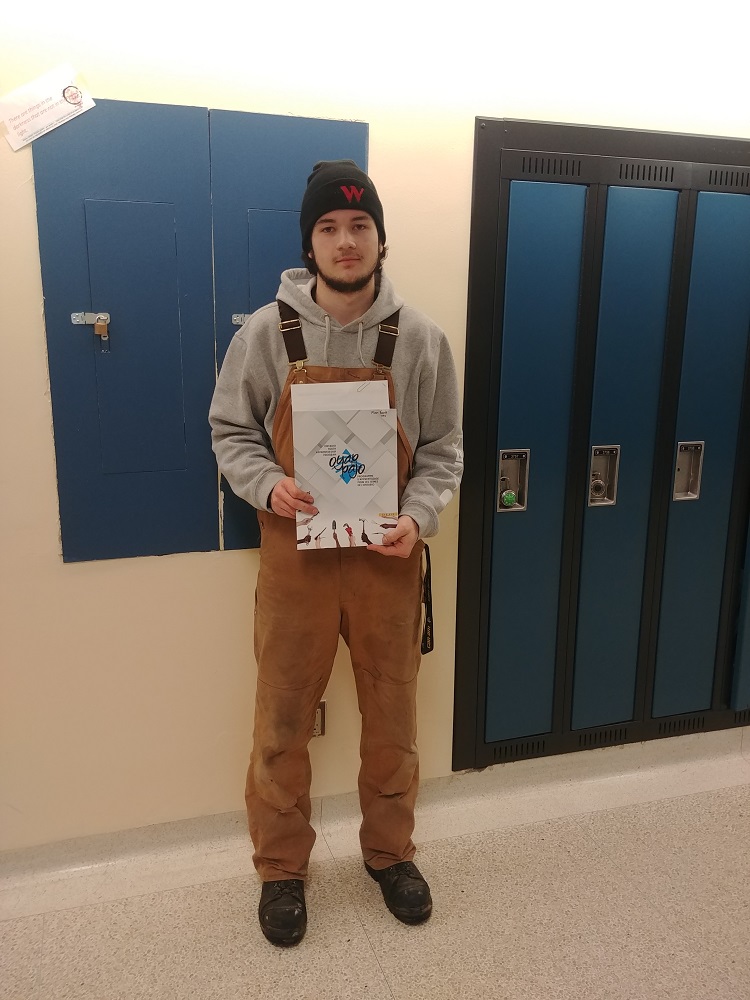 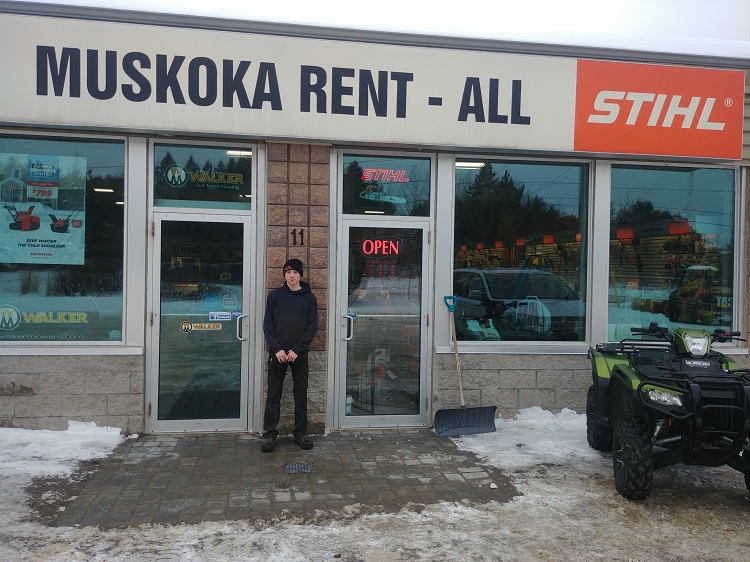 Another successful co-op student, Zach Belfry, has his sights set on becoming a paramedic.

“This opportunity to have a co-op has really shined the light on my idea of what I want to do and pushed that dream forward,” said Belfry, who has obtained eight credits through the co-op program through Huntsville Hospital’s emergency department. “Now that I’ve seen it, done it and been in the environment, this is definitely what I want to do. Every day is a better insight into this is what I want to do.”

“Zach is known in the community now,” added Milne. “He was observing and helping with the fracture clinic at the hospital, so anybody who’s fractured some type of bone in the last five months has probably seen Zach at the hospital. I have immense pride when I see a student in that role, performing tasks and almost being looked at as an equal by the other people in there, the respect that the co-workers had for him as a person and co-op student.”

The co-op program can help students determine whether the career they have in mind is something they can see themselves doing on a daily basis.

“We’ve had a few students this year who were adamant they be placed in certain areas and then by the end of the semester say, ‘You know what, I really enjoyed it, but this isn’t for me,'” said Milne. “Then they’re able to change some of their courses to suit the change they’ve decided to make.”

Both Belfry and Haynes highly recommend the co-op program to other students.

“There’s no loss in giving it a shot, even if it’s not what you love. It’s always great to try something,” said Haynes.

“Whether you know this is what you want to do or you’re unsure and you go and don’t like it and have to figure out something else, that’s what this course is for,” added Belfry. “I was fortunate to like what I started with and move on from there. For anyone looking into a career, it’s worth doing. In high school I feel there’s a big spectrum of people, some work in the shop and are more hands-on and there are kids that are more academic and thinking of university that might think co-op is for the more hands-on people, but it’s not. You can go anywhere with co-op and see whatever you want to do. It’s a great opportunity whoever you are.”

Milne agreed, saying there are no negatives to co-op

“I only see positives,” he said. “If you’re doing something you think is a passion you want to follow, it gives you that experience before you leave high school. It’s not even a negative if you go and decide it’s not for you, that’s still a positive because it’s impacting your life in a way you can decide your future more clearly.”