You are here: Home / Death Notices and Obituaries 2020 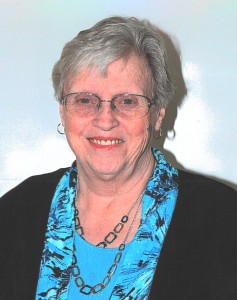 BURGIE, Audrey Eileen (formerly Barrand) (nee: Chalmers)
(Member of Riverside Baptist Church, Huntsville)
Peacefully at Hospice Huntsville, on Saturday, January 18th, 2020 in her 85th year. Audrey Burgie, of Huntsville, formerly of Severn Bridge, beloved wife of Edward Burgie (predeceased 2003) and Gerald Raymond Barrand (predeceased 1990). Loving mother of Christina (Terry Roy) of Caronport, Sask. and Judy (Rick Parry) of Severn Bridge. Cherished grandmother of 13 and great grandmother of 14. Step-mother of Marianne (Max Purkiss), Debbie (Les Rother), both of Orillia and Mike Burgie of Sweden. Dear sister of Darlene (Lorne White, predeceased) of Huntsville and William and Gordon, both predeceased. Predeceased by her parents William and Christina Chalmers. Friends and relatives will be received at the Mundell Funeral Home, 79 West St. N., Orillia on Monday, January 20th from 7-9 PM and on Tuesday, January 21st from 1 PM until the time of Funeral Service, in the chapel, at 2 PM. Spring interment: Bethel Cemetery, Kilworthy. In lieu of flowers, memorial donations to Mariposa House Hospice would be gratefully appreciated. Messages of condolence are welcome at www.mundellfuneralhome.com. 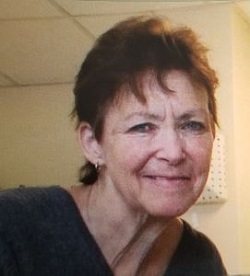 Beloved partner to Barry Hineman. Loving mother to Jessica, Daniel and Sara. Cherished daughter of Rene and the late Paul Tanner. Dear sister to Patti Boothby and Kate Tanner. Aunt to Kris (Nancy) Boothby, Savannah and Kolton, Shannon (Don) McEachern, Travis and Ethan, Miles Brush, Shalena (Donald) Malloy and Dax. Dear friend to Penny Piersey.
A Celebration of Life will be held at a later date.
In lieu of flowers, memorial contributions in memory of Donna may be made to the Heart & Stroke Foundation of Canada or to a charity of choice.
Messages of condolence may be made through www.billingsleyfuneralhome.com 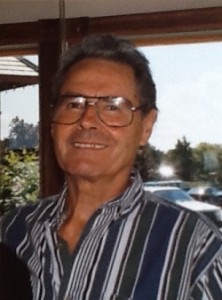 Terry was born in Belfast, Northern Ireland. He joined the army at 17 and later served in the military police in Hong Kong. Moving to Canada in 1956 he joined the North York Police and then moved on to pursue a career in the insurance industry. He married Anne in 1958 and in 1970 moved his young family to Huntsville where he worked at Hutcheson & Reynolds Insurance and then had a successful business as a carpenter until he retired. He enjoyed the numerous trails on his 40 acre property, walking his beloved German Shepherd Maggie everyday. He loved canoeing, camping, cross country skiing, snowshoeing and enjoyed many years with Anne hiking the trails in Algonquin Park.
Terry is survived by his wife Anne of 62 years, his son Terry Spratt and daughter Linda (Scott) Cartwright. Cherished grandfather to Mike Cartwright (Brooke) and Matt Cartwright (Brittany) and great grandfather to Riley Cartwright.
Cremation has taken place and in keeping with his wishes there will be no funeral service.
If desired donations to the Alzheimer’s Society would be appreciated. www.mitchellfuneralhome.ca 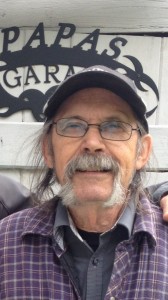 It is with deep sadness that we announce the sudden passing of Ron Martin of Huntsville, December 22, 2019, at the age of 75 years. He passed with his loving wife of 55 years, Juanita and his family by his side.
Ron was born July 21, 1944 in York Township, Toronto, Ont.
Predeceased by his parents Pearl and Wilford Martin of Huntsville.
Loving father of Jody (Kim), Judy (Len), Jason (Wendy), Jarrett (Pam). Grandchildren Laurie, Jamie, Melissa, Sam, Iris and Sydnei. Great grandchildren Christina and DJ. The love he had for his family had no bounds.
Predeceased by his sister Sandra Joy. Lovingly remembered by his sister Shirley D’Amore (Larry) and his brother Richard Fordham. Fondly remembered by his nieces, nephews and many friends.
Ron was well known for his work as an Autobody and Paint Repairer for many years in the Muskoka area. He discovered his love of music when he received his first guitar at the age of 14. He was an avid motorcyclist and enjoyed many years of travelling and friendships in the motorcycle community. As a historical re-enactor, Ron participated in many events. After retiring Ron discovered the art of traditional wood carving. One of his favorite things to carve were Welsh Love spoons.
As per Ron’s wishes cremation has taken place. A Celebration of Life will be held at the Royal Canadian Legion branch 232, 1 Veteran’s Way Huntsville, Ontario on Saturday May 23, 2020. Family and friends are invited to drop in between the hours of 1:00-4:00 pm. The Committal service will be held at Hutcheson Memorial Cemetery, 430 Muskoka Rd. 3N. Huntsville following the Celebration of Ron’s Life. If desired memorial gifts to the Huntsville Hospital Foundation or Crohn’s & Colitis Foundation would be appreciated by the family. Arrangements entrusted to Billingsley Funeral Home. 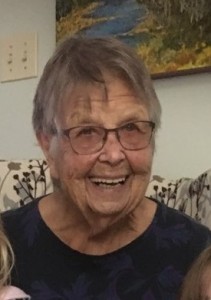 Passed away suddenly at her home in Novar on Wednesday, January 8, 2020 in her 87th year. Beloved wife of Arvo Kauppi for 68 years. Loving mother of Brenda (Tom) Welsh, Bryan (Janyce Jordan) Kauppi and Doug (Sandra Gemmell) Kauppi. Pre-deceased by her son Don (Donna) Kauppi and daughter Janis (Jeff) Groom. Cherished grandmother of Karla (Rodney), Kristy (Rob), Taylor (Carissa), Kyle (Jodi), Jaclyn (Ben) and Shayne (Trisha). Great-grandmother of Keegan, Liam, Hannah, Katie, Braedon, Eva, Abby and Parker. Pre-deceased by her siblings Harry, Martha and Edward. Hazel will be dearly missed by many cousins, nieces, nephews, extended family and many friends.
In keeping with Hazel’s wishes, cremation has taken place. A private family service has taken place. A celebration of life will be held at the Novar Community Centre on April 25, 2020 from 1 – 4 p.m. Hazel has requested that in lieu of purchasing flowers that you plant one in her memory. Messages of condolence can be left at www.billingsleyfuneralhome.com 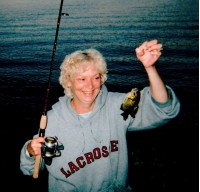 It is with heavy hearts that we announce the passing of Hester Timbers whom left us peacefully after a long and courageous battle with lung cancer on December 31, 2019 at Algonquin Grace Hospice, Huntsville ON.
Hester will be missed by her beloved husband Rob Timbers; her daughters Samantha Ellerington, Jacqueline Timbers (predeceased), Elizabeth Hayes (Benny) and her son William Ellerington. She will be fondly remembered by her three grandchildren Ryley Mckay, Izaac Timbers and Madison Mckay.
Her cherished memory will live on with her siblings Andrew Muller (Janis), Elizabeth Burton-Hudlin (Bert), Patricia Freedman (Stephen), Jeff Lambier (Melissa) and Brian Alden (predeceased). Hester will be dearly missed by her many nieces, nephews as well as her extended family and dearest friends.
At Hester’s request there will be no service at this time. Arrangements will be made to celebrate her life and all its glory in the spring.
In lieu of flowers, donations may be made to Algonquin Grace Hospice, Huntsville ON.
www.mitchellfuneralhome.ca 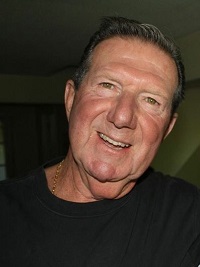 It is with heavy hearts that we announce the passing of Armand Blanchette who died peacefully at home surrounded by loved ones on January 6, 2020. He had a life well spent in love of his family, painting, carving, travelling, animals (particularly horses), outdoors and lending a helping hand to whoever needed it. He leaves behind his beloved wife of 52 years Rose Blanchette. Loving and committed father to Sharon (Gary) Burgess, Tim (Cindy) Thompson, Debbie (Chris) Knobelsdorf, Judith Blanchette, Kim Tate and Pam Webster. Cherished grandfather of Mike Vollans, Amy (Joel) Jones, Cassandra (Jared) Thompson, Thai Green, Kira Henry, Sequoia Henry, Brian (Michelle) Tate, Crystal Tate, Amber Webster, Jasmine Webster, and predeceased by his dear grandson Kyle Knobelsdorf. Treasured great-grandfather to Bryn Vollans, Neveah Vollans, Hayley Tate, Tyler Tate and Wren Jones. Devoted son to his late parents Eugenie “Mimi” Martin and Joseph Blanchette. Brother to Loretta Welna, Romeo Blanchette (predeceased), Lee Bessie, Albert Blanchette, Janette Ostrogonnac and Diane Antaya (predeceased).
Every life Armand touched he made better. He will be dearly missed by his family, many cherished friends and Westside Fish & Chips community.
The family will receive friends on Friday, January 10, 2020 at Billingsley Funeral Home from 6-8 p.m. and again on Saturday, January 11, 2020 from 11-12 p.m. The funeral service will be held on Saturday, January 11, 2020 at Billingsley Funeral Home at 12 p.m. Reception to follow. As an expression of sympathy memorial donations can be made to the Heart & Stroke Foundation. Messages of condolence can be left at www.billingsleyfuneralhome.com 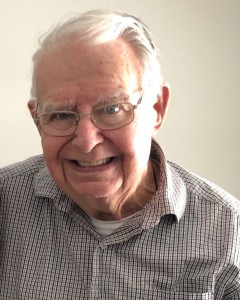 After an extended period of declining health, Bruce passed away January 2nd, 2020 at Algonquin Grace Hospice, Huntsville.
Bruce was the son of the late Gordon and Florence McFadyen. He was predeceased by his wife Joan (Newman), brother Marvin, and son Barry.
Bruce is survived by siblings Jack, Joan, and Janice.
Bruce’s surviving children are Linda (Peter Bird) and Doug McFadyen (Janet); grand children Aimée-Lynn, Tyler, Jeremy, Morgan, Wade, Drew, and Nathan; and eight great-grandchildren.
Bruce was born and lived his whole life in Huntsville. His entire career was as an inspector of civil works, first with the Department of Highways Ontario, then, upon the creation of the District Municipality of Muskoka, with the Public Works Department of the District. For many years Bruce was a volunteer with the Huntsville Fire Department.
Bruce enjoyed hunting and fishing, most often in or near Algonquin Park.
The family wishes to thank the staff of Country Moments for their care during Bruce’s decline, and Hospice Huntsville for their outstanding care and compassion during his final weeks.
Memorial donations to Algonquin Grace Hospice, Huntsville would be appreciated by the family.
www.mitchellfuneralhome.ca 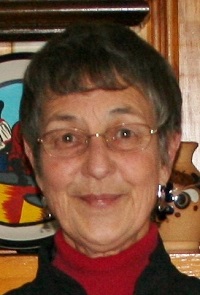 It is with heavy hearts that we announce the passing of our sister, Marion Lynch, who died peacefully at Huntsville Hospital on the morning of December 30, 2019. Now she will be reunited with her departed parents Frank and Stella Yantha of Whitney as well as her dear sisters Gladys Dubreuil, Rita Groomes and Vivian Fleetham. It is with deep sadness that her sister Alice MacKay, and brothers Patrick and Frank now mourn the loss of a devoted and caring sister. Marion will also be fondly remembered for her kindnesses and lively sense of humour by an extended family of many nieces, nephews, cousins and friends. Cremation has taken place and a funeral service for Marion will be held at St. Mary’s Catholic Church, 12 Centre Street North, Huntsville on Saturday, January 11, 2020 at 12 noon, followed by a reception in the church hall. If desired, memorial donations to the Huntsville Hospital Foundation or a charity of your choice would be greatly appreciated by the family. www.mitchellfuneralhome.ca 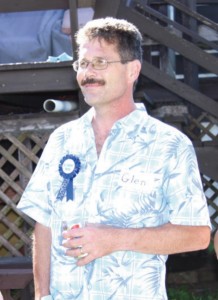 Parents Tom and Barb Searle were saddened to announce the passing of their 56-year-old son Glen at Algonquin Grace Hospice in Huntsville on December 23, 2019. Glen fought Cancer for 3 months but lost the battle a few days before Christmas and 7 days before his daughter Katherine turned 16. Glen had four children: Dylan, Cody, Jonathan and Katherine. He also had a step daughter Shannon. He had 3 siblings, Sharon, Stephen and Shelley. The Searle family have lived in Huntsville for 43 years on property on beautiful Skeleton Lake. Glen is predeceased by his oldest son Dylan who passed away in February 2019 in PEI. Glen graduated from Huntsville High School and went on to achieve a college degree from Canadore College in North Bay in the construction field. He suffered many physical injuries over the years in his chosen field but continued to work hard to support his children. The Huntsville Hospice is an amazing facility and should be supported to continue the care and personal touch of the staff. The Searle family want to extend their warmest appreciation to Glen’s doctors and the entire staff at Hospice for caring for our son. Algonquin Grace Hospice in Huntsville are deserving of any donations.

View our archive of obituaries at the links below: