You are here: Home / Extraordinary People / Community Living author, who reads at a grade one level, shares message of inclusion in book he wrote

Last night, in partnership with Community Living, Huntsville welcomed author Michael Jacques, a man born with autism and an intellectual disability who was told he would never read or write.

At the age of 21, Jacques decided that since he couldn’t read books written by other people, he would take things into his own hands and write his very own book.

Although Jacques’ reading and writing is only at a grade one level, he used an iPad’s speech-to-text function to begin the process of writing his book.

At age 26, his book titled Can’t Read, Can’t Write, Here’s My Book, is now complete and Jacques has delivered guest talks at colleges and universities, spoken on podcasts, and even appeared on television.

Jacques’ book is self-published and through social media and the public sharing his story he has been able to share his book across the province.

Many friends helped Jacques with his book including editing, illustration and design.

Jacques lives in Niagara Falls and has been working at a Sobey’s for eight years. That location has a permanent book stand featuring copies of Can’t Read, Can’t Write, Here’s My Book for sale.

Jacques was delighted to come to Huntsville to share his book with the community and the patrons of Community Living Huntsville, who welcomed him as part Inclusive Education Month. Not only did Jacques present at Partners Hall in the Algonquin Theatre but he also spoke at Huntsville High School and Riverside Public School earlier in the day.

After Jacques read from Can’t Read, Can’t Write, Here’s My Book, he took questions from the audience, engaging with community members and families of people with disabilities.

To be chosen to sit on the Community Living Ontario board of directors, an elected position, Jacques had to explain to the members why he should be elected. Jacques was chosen over doctors, lawyers, and government officials.

Jacques says that Community Living is very important to him. One of CL’s programs that was very influential to him is Re:Action4Inclusion, a program created for high school aged students. Re:Action4Inclusion is a movement of young people and their allies that allows youth to have a voice in social justice, community change and school culture. This was where Michael says he found his voice and found out what authentic inclusion was all about. 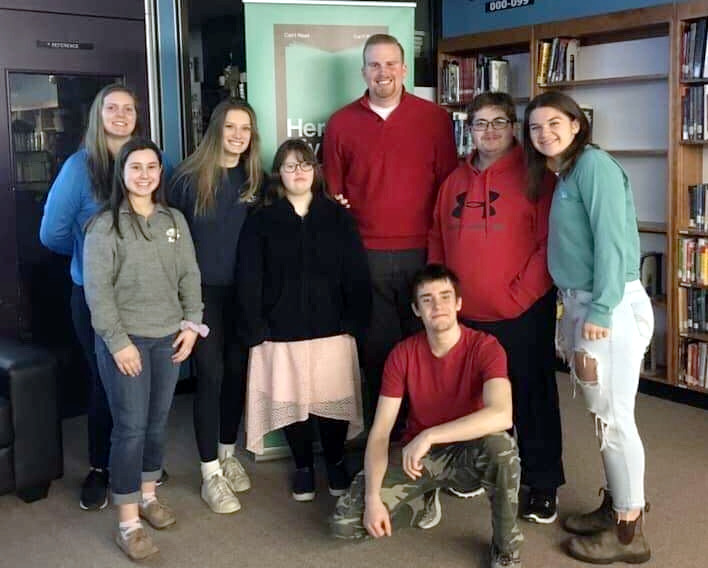 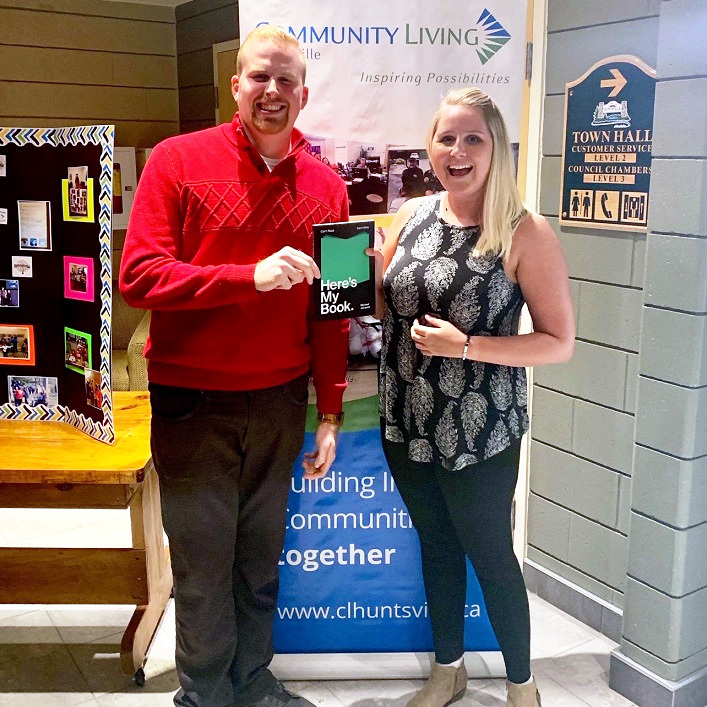 “When I found out Michael was coming to speak about his book, I was thrilled to tell the families I work with,” said Caitlin Griffin, resource teacher at Community Living Huntsville. “One family in particular was unable to make it, so I made it my goal to bring them back a book to read for themselves. Just two pages in, the parent’s perspective of their son with autism had changed and they were in tears. They said to me that this book gave them reassurance that autism is not going to stop their son from living his life and pursuing his dreams. It really was a special moment, and I thank Michael for bringing that sense of hope to one of my families.”

What’s in store in Jacques’ future? His dream goal is to be on the Ellen Degeneres show and a second book is already being brainstormed.

Copies of Can’t Read, Can’t Write, Here’s My Book can be purchased online at heresmybook.com.