The annual night of fright (Halloween) is right around the corner and to honour that, this month’s extraordinary person profile highlights a group of local ghost hunters who use their knowledge of how to deal with the dead to help those who need it.

The entire Muskoka area is a hot spot for ghostly encounters. Back in October 2015, Huntsville Doppler featured Paranormal Muskoka’s ghost hunters and how they were keeping busy. The group has come a long way since then, garnering new members that now make Paranormal Muskoka stronger than ever when it comes to dealing with matters from the other side.

When there’s something strange in your neighbourhood, and it involves ghosts, you should probably call Paranormal Muskoka.

The five ladies who belong to this group, which was founded by Huntsville’s Sue Hayes, will do everything they can to help. It was Sue’s own personal experience dealing with a demonic presence that made her want to help others. Sue embraces that moment in her life when she felt scared and alone (although eventually and thankfully help came and the evil spirit that attached itself to her left) and that continues to be the reason she remains so involved in all things paranormal.

“It’s a really strong group,” says Sue of the evolution of Paranormal Muskoka. The core five who currently belong to it make it a force, she says.

She speaks highly of each member and says there’s a real cohesiveness between them. Each lady brings a powerful and useful gift that adds to the long list of success stories when it comes to dealing with unwanted spirits.

“We’re like sisters,” says Sue. “We’re all so connected. We validate each other.”

Sue Hayes, founder/convenor/organizer of all things 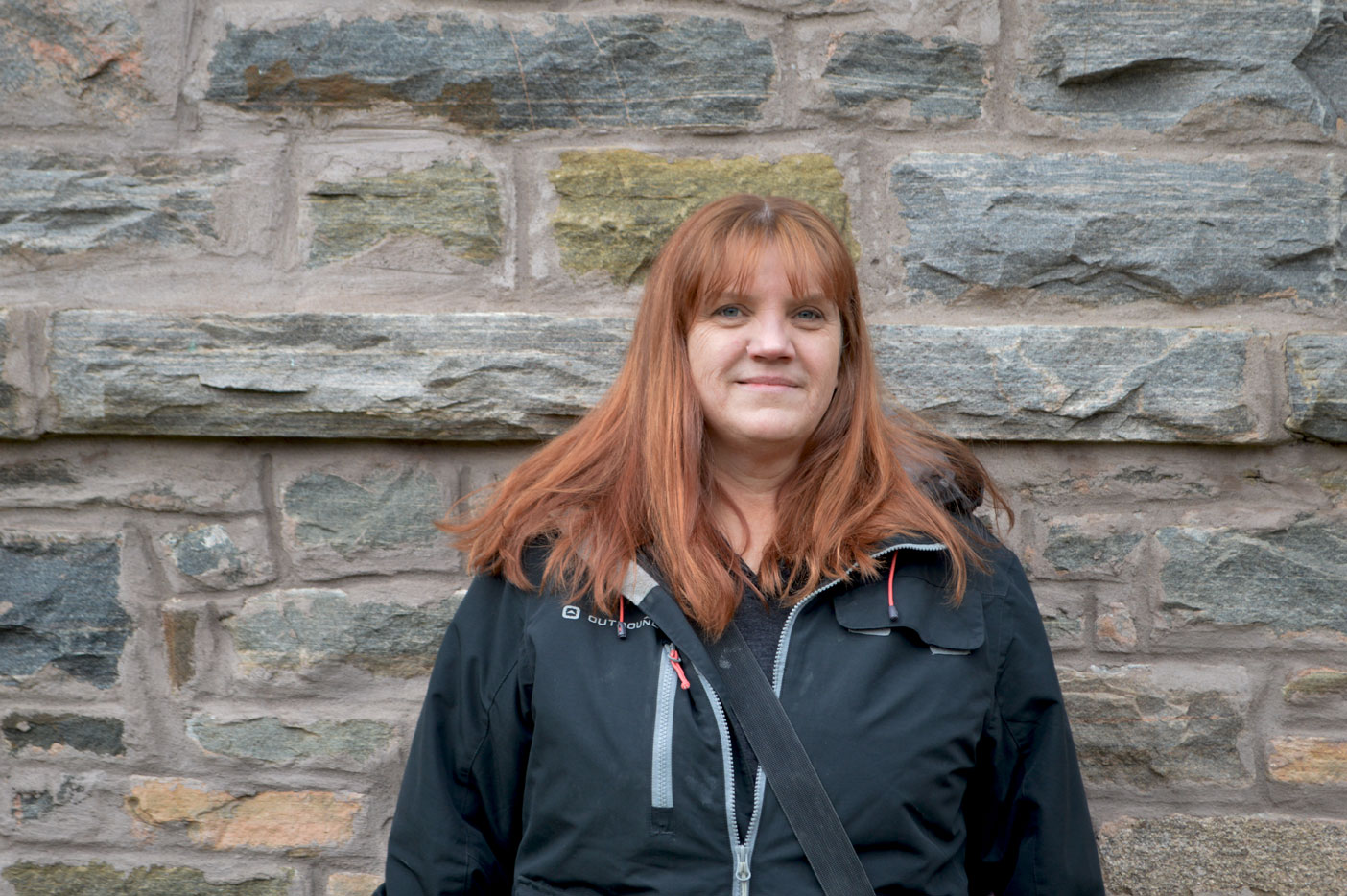 Sue takes her work seriously and never wants people to feel like they have nowhere or no one to turn to for help when it comes to the paranormal. As fate would have it, she has managed to find four of the area’s most dedicated individuals to be a part of the group.

Sue is responsible for organizing geo-ghost tours and other special events. She is usually the first one who responds to any calls about paranormal activity. Sue says just as the group commits to helping those who are being scared or tormented by spirits, they have also walked away from situations that may put them at risk. Sometimes people have the wrong intentions and that can be a truly scary thing. 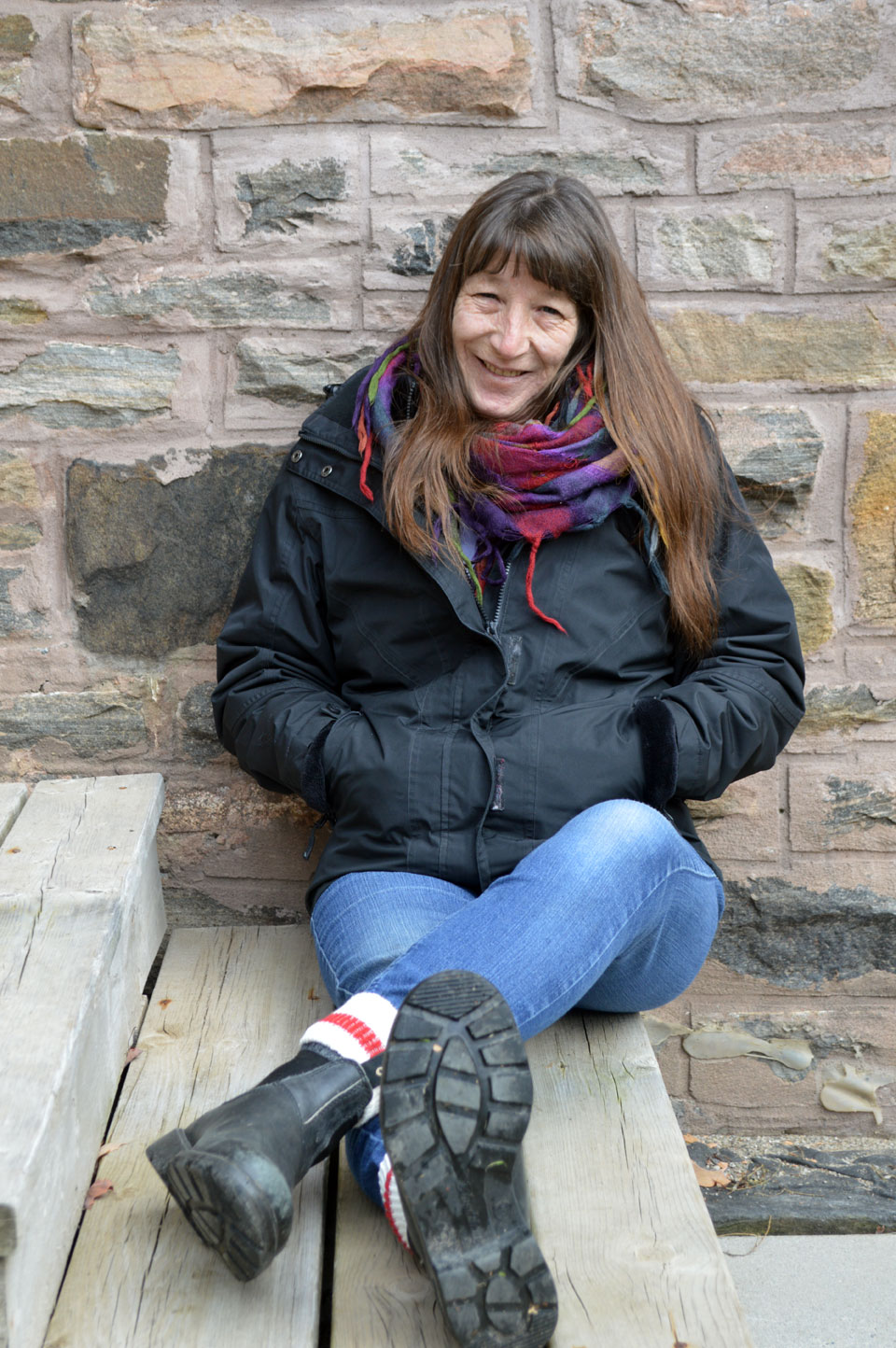 Gayla is in charge of taking photographs for Paranormal Muskoka. Her expertise behind the lens has allowed her to capture some pretty unusual and unexplainable images.

Gayla is also capable of feeling spirits and is considered an empath. She had a ghostly encounter that converted her from questioning the paranormal and certain happenings to believing with all of her heart and soul. She believes all too often that people disregard simple messages from the other side. 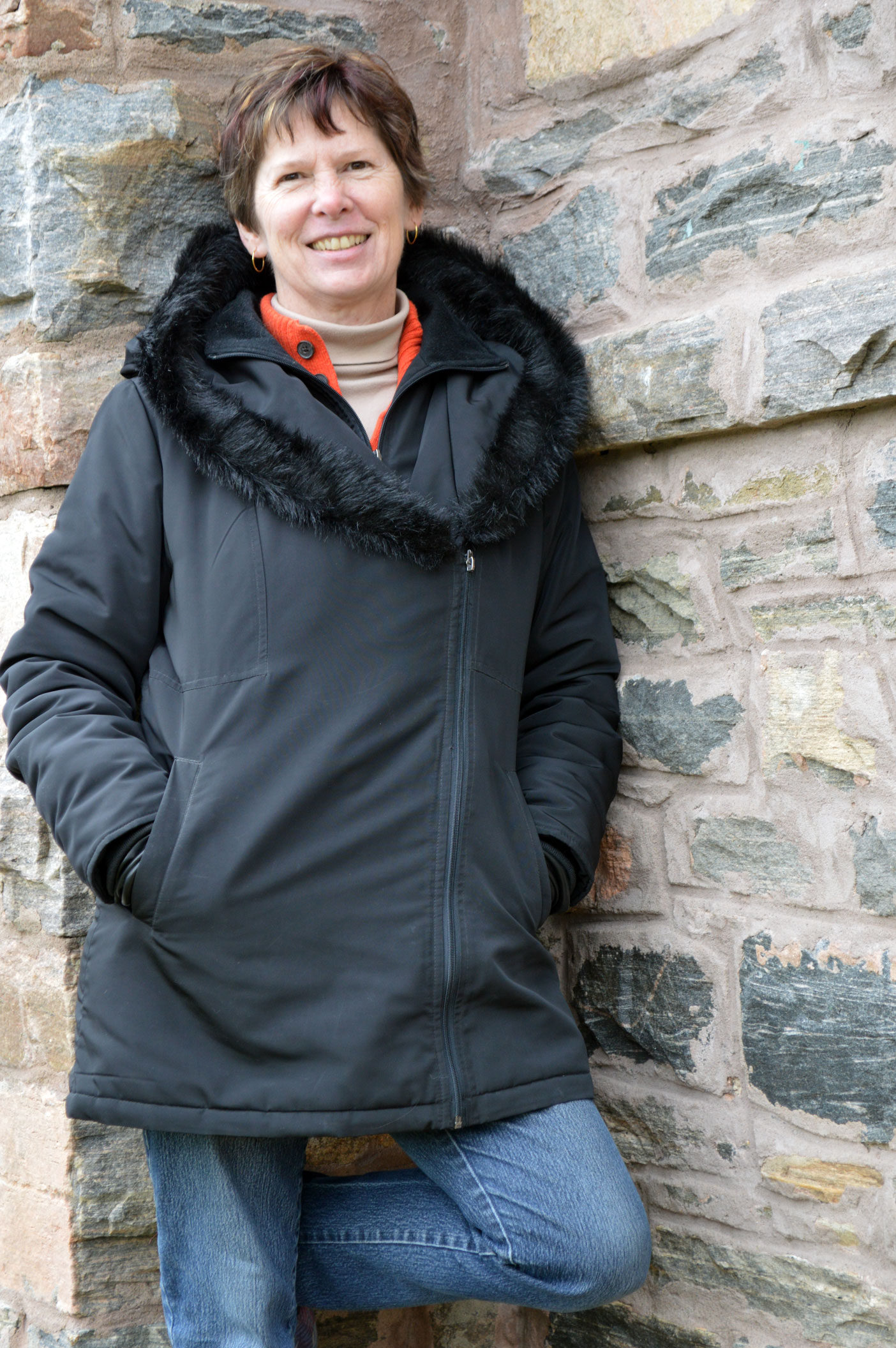 As Paranormal Muskoka’s newest member (she joined just over two years ago), Kim is certain that destiny is the reason these ladies have been brought together. She went on a tour and there was an instant click. Kim doesn’t recall a time when she didn’t have paranormal experiences; they started when she was a little girl. It’s the norm for her to speak with spirits and feel them.

“I’ve been touched, poked, caressed and talked to…run the gamut. There really isn’t anything I haven’t had happen. It’s just a normal thing for me to interact. I’ve had good experiences and I’ve had bad and it was a matter of me developing it more and learning about it so I had more control.”

It all has to be done with respect. Spirit and entities were once human, too… 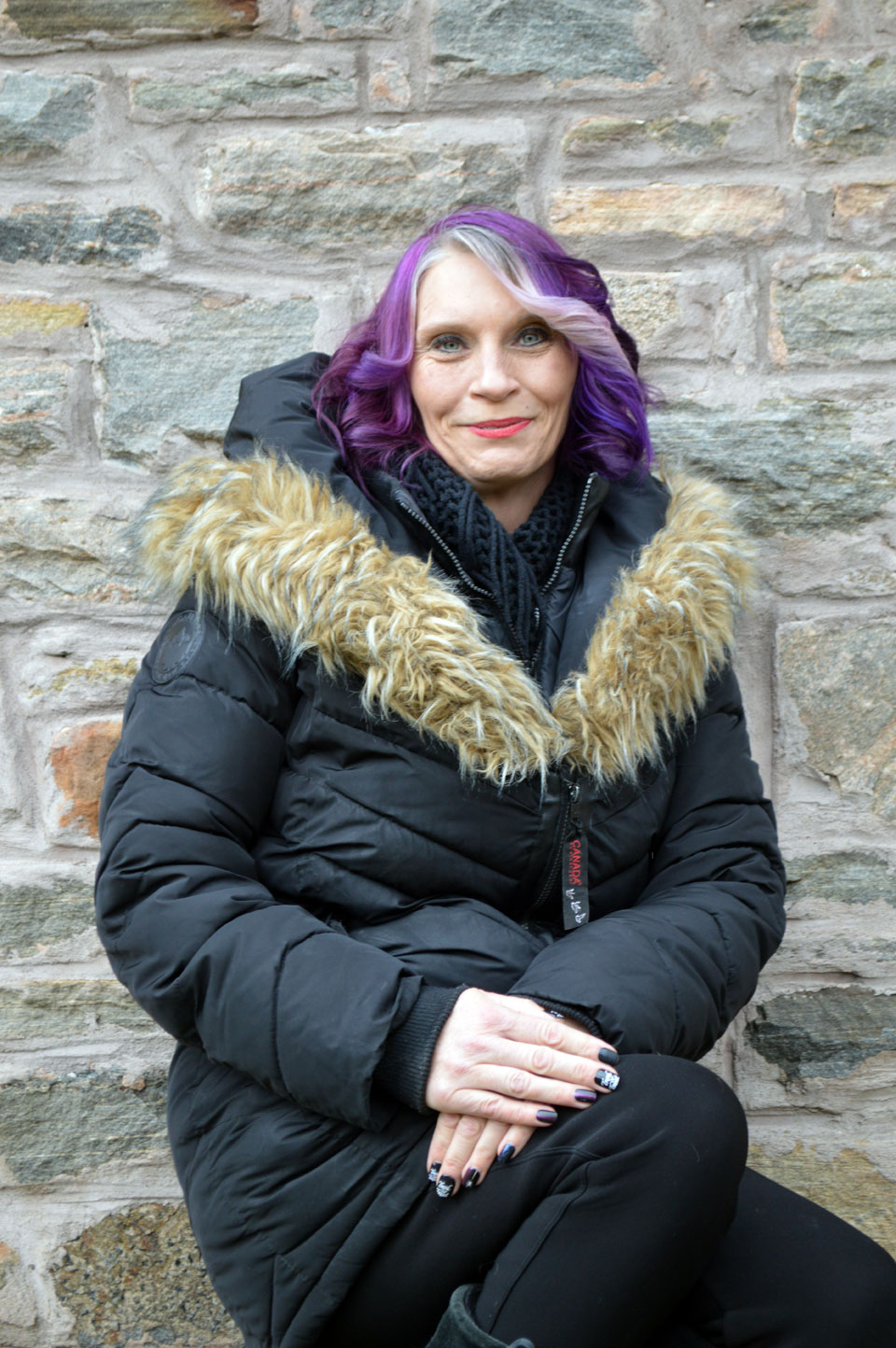 Wicca has intrigued Denise since she was a young teenager, and over the years that interest has never dulled one bit. It has flourished and Denise says the more work she has conducted with Paranormal Muskoka, the better she gets with her gift. In fact, that is something to which all of the members will personally attest. Denise uses her knowledge to study the origin of spirit and was the one who a little spirit boy in a photograph was standing behind. She has adopted the saying, “Some people wouldn’t know a ghost if it slapped them in the face.” 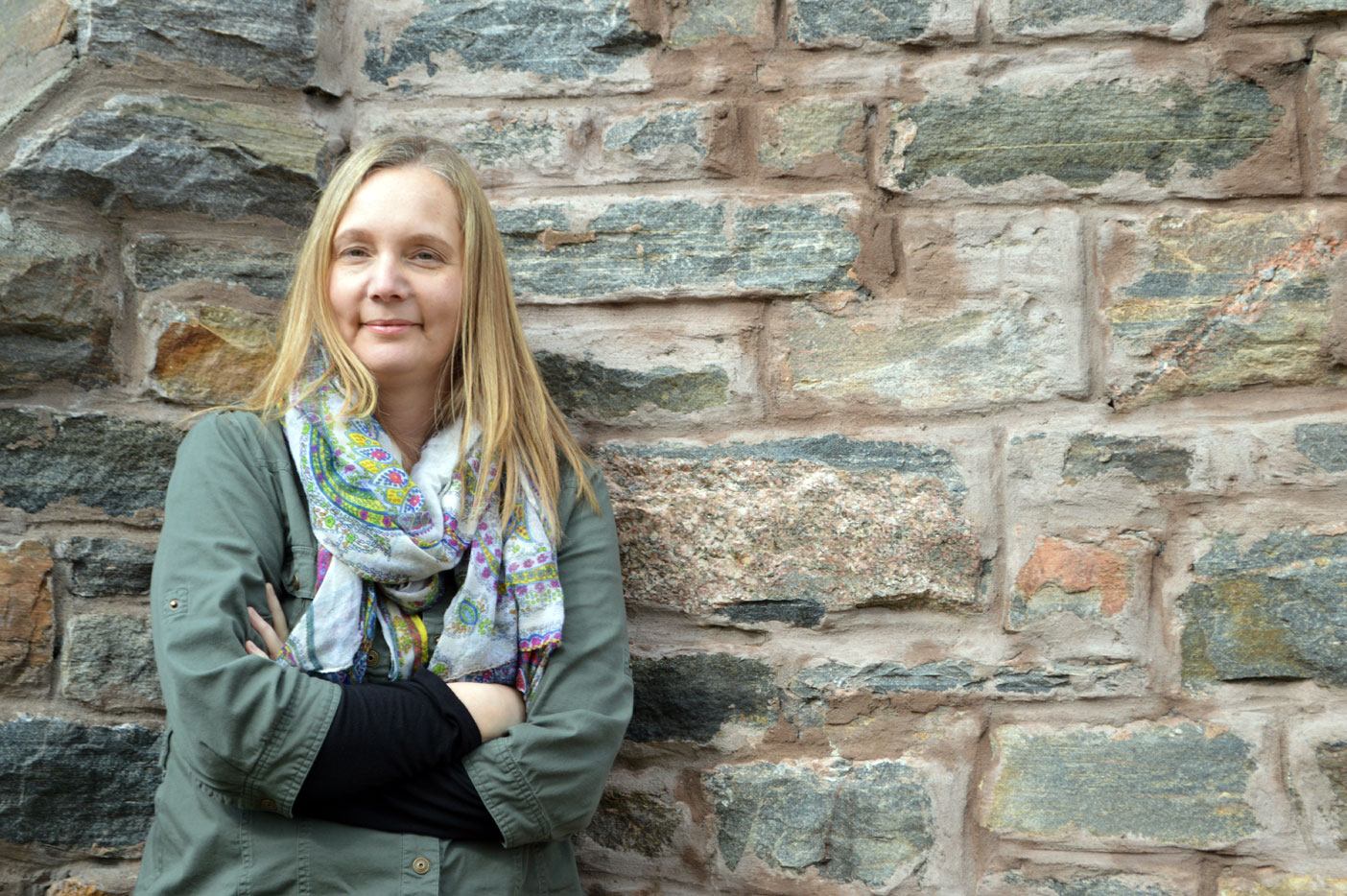 Nita has over 20 years experience as a Shaman and takes her job as such very seriously. She is highly regarded by the other ladies in the group for bringing a sense of safety and protection. Nita attended a tour and of course instantly connected with Sue and the other members. She has been involved in Paranormal Muskoka for the last three years.

“I’m drawn to help people who are dealing with difficult situations that a lot of people don’t understand. I want to help people move forward and release these things that have been bothering them or ailing them for years.”

Even ghost hunters get scared

“People in their fear or ignorance will resort to mockery,” says Kim. But each member has seen the look of astonishment come across a person’s face as they see with their own eyes that spirits do exist.

And yes, even they get scared of the unknown. They are only human. They’ve seen a chandelier swaying back and forth without explanation, watched objects randomly fall, and they have a collection of interesting photos as well. One member will tell you she’s seen mist coming up from underneath a closed door and another will tell you she had the spirit of her grandmother in her body. All of the ladies will say they’ve seen full-body apparitions.

Smudging is critical for protection and it’s a ritual the ladies take seriously. That sacred cleansing is a necessity to ward off bad spirits and any negative energy that might have attached to a member—something that has happened more than once to more than one member.

As they continue their work as ghost hunters, they all agree that their gifts only get stronger. They stand by their commitment to do everything in their power to make those truly spooky situations manageable for those who request their help. They have been involved in some intense paranormal investigations. And if a person is plagued by the fear of a ghostly haunting, they will do their best to clear the house of unwanted spirits or entities using their gifts.

And they sure have their work cut out for them around this neck of the woods. Muskoka is overflowing with spirits who have unresolved business in the real world, attachments to a person or house and they aren’t quite yet ready to let go.