You are here: Home / Sports / Athletes of the Week: The TriMuskokans

The overall philosophy of the annual TriMuskokan—a homegrown triathlon that welcomes both newbies and experienced athletes—is to share a fun experience and fantastic atmosphere with others who want to be active and who want to challenge themselves.

When the COVID-19 pandemic forced the cancellation of this year’s event, Deanna Lavigne, a TriMuskoka board member, decided to challenge those who had already registered to complete it anyhow—or get active in another way—from wherever they were.

She put out the challenge—The Non-TriMuskokan TriMuskokan Activity Challenge—on social media. “[There was a]  great response and it was fun to have a few fellow athletes join in on the fun,” Lavigne said. Anyone who participated was encouraged to share their pictures on social media.

In Huntsville on the original event date, Sunday, June 28, Lavigne and race director Rich Trenholm met in the cool, early morning and were pleasantly surprised to have other athletes join them. Jen Nicholson, Jen MacMillan, Greg Pitts, and Brian Gray all completed the events usual long course, a 750m swim, a 30km bike ride and a 7.5km run. “Anne-Marie from Ottawa did a swim/bike with us and then ran at a cottage with her son. Steve Norman and Mike Dove did a swim/bike and Jen Brockett, who supported our swim transition, did the bike ride,” added Lavigne. 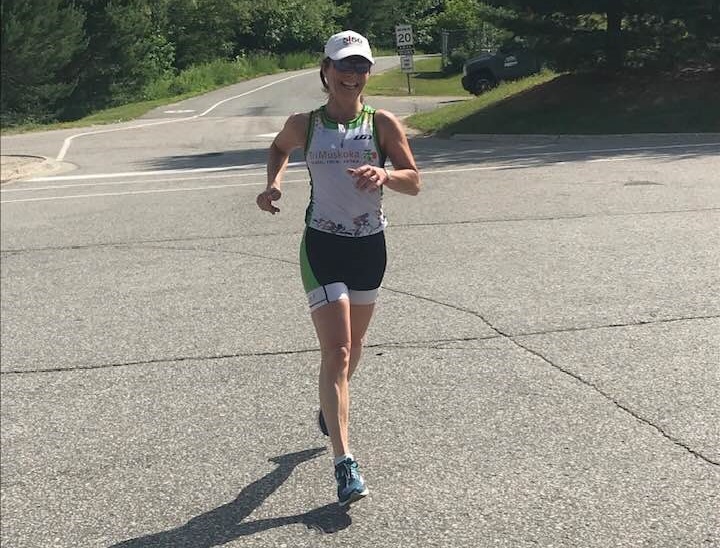 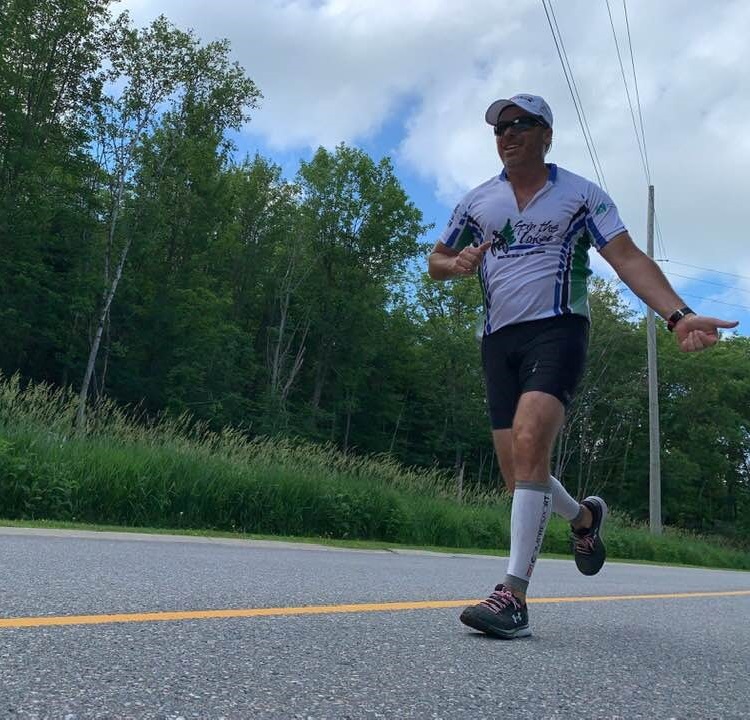 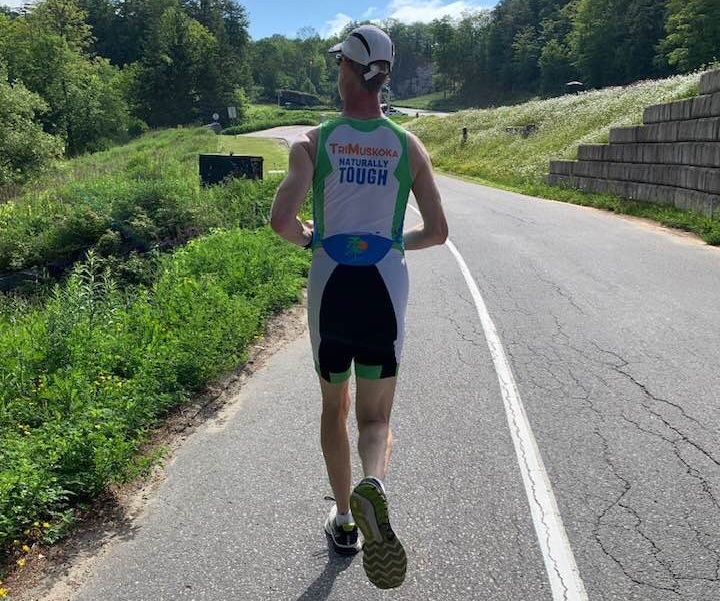 Jane Wolfe and Jodi Fenton arrived on their stand-up paddleboards to support the swimmers, just because they cared.

“There were also a handful of people out there who did the event at home and tagged us on social media with #trimuskokan,” said Trenholm. Charlotte Alexander, Jess Adam and Kaitlyn Habermehl ran a half marathon and then cheered on the athletes between their swim and bike treks. Other TriMuskoka members went for bike rides, swims and runs to celebrate the non-race race day.

Kids and their parents got to be active together which was a great experience for many. A Hamilton woman shared that she worked with what she had—she swam the 750m in her backyard pool, biked around her neighbourhood, and ran up and down her trails.

Trenholm has always been behind the scenes as race director as well as providing medical support, but this year he was able to run the course for the first time. “It’s really hard! I give super big kudos to everybody who takes it on,” he said. “I felt super happy and proud that I did it. This is a beautiful course.”

He topped it off his accomplishment by stopping in at Canvas Brewing Co., who had planned to make a custom beer for the TriMuskokan race day, for a beer.

Overall, the goal of the event was achieved, even though the participants weren’t all together, said Trenholm. “It was a perfect race day. I’ll take it as a bonus… as I never get to race,” he said.

On July 6, Lavigne and Trenholm headed out to deliver last year’s TriMuskokan shirts to those athletes who participated, and offered a draw to the participants online for three additional t-shirts to show appreciation for their commitment to being active.

Watch trimuskoka.com for details on next year’s event.