You are here: Home / Commentary / Sadly, it’s sometimes necessary to be Facebook police to our friends – Opinion

As an avid social media user I want to talk about something that is seemingly becoming more and more prevalent. I am referring to the influx of ignorant and hateful social media posts and shares across all mediums.

Case in point? A Facebook post on December 30 by a Vancouverite claiming that Canada is treating Syrian refugees far better than pensioners has been shared about 38,000 times. The post-er, using some misguided math, claims a meal credit for a refugee family of four is $5580/month, while pensioners receive only $1100/month for all expenses. This man misquoted his source (the Vancouver Sun) and created a negative backlash against refugees. In reality, the refugee meal allowance is in place for the very short-term following their arrival, not every month. Also, the credit is based on provincial welfare rates and totals $1186 for a family of four.  When people are lazy about social media, sharing it is dangerous.

Sloppy sharing isn’t a Canadian phenomenon. After a picture claiming to show that an Islamic State militant was posing as a refugee went viral, the BBC chimed in to set the record straight – http://www.bbc.com/news/blogs-trending-34176631  In reality, the man shown in the image is a former commander in the Free Syrian Army. 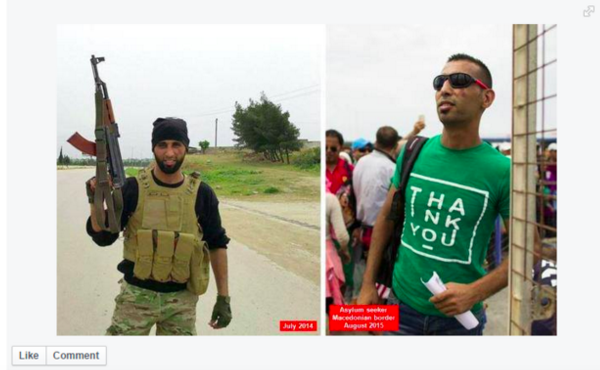 I am sure everyone would like to believe that their Facebook ‘friends’ are sharing memes and posts like these out of ignorance and not hatred. If that is the case we must encourage them to be more diligent in fact checking and recognizing discrimination. Simply ‘un-friending’ seems like a cop out.

However, there are undoubtedly people creating memes to fill the internet with lies: lies that are spread by ignorant Facebook users. I think we can all agree that taking on the role of ‘Facebook police’ is an awkward but necessary inconvenience. Explaining to your ‘friends’ that their view may be misguided or wrong is uncomfortable. But come on, if we don’t speak up we are guilty by association, are we not?

When I see memes like these I can’t hold my tongue. Or, shall we say, my fingers. 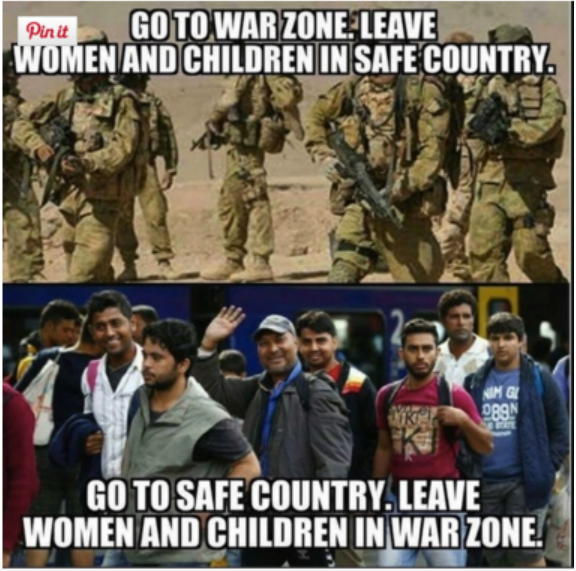 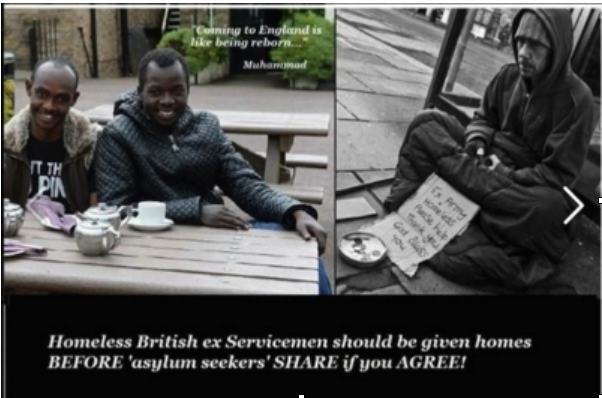 So what do we do? We have to stop simply accepting what others say without doing any research or thinking of our own. Before passively sharing something, read the article! Often people read the gripping headline and click share (this is evidenced by the ‘Lost Ring in Huntsville’ post that went viral a few weeks ago … if people had read the post they were sharing they would have deducted that the ring was lost in Huntsville, Alabama).

Also, let’s remember that there are satirical blogs and news sites out there. A great example of this is the Onion: America’s finest news source. A recent Onion story was titled – “Saudi Executioner Thinks He Pulled Something in this Shoulder During Last 10 Decapitations” (http://www.theonion.com/article/saudi-executioner-thinks-he-pulled-something-shoul-52133).  It’s not real folks! It’s satire.