Not surprisingly, the draft budget reflecting a 6.97 per cent increase in the local tax levy has received final Council approval. The increase translates to $15 per $100,000 of assessment on the local bill.

Following a week of public consultation and much hand wringing, council has put $50,000 back into the Chamber’s budget but with a number of caveats. The Chamber will receive $25,000 for event marketing but will be required to provide a business plan stating clear and trackable results. The Chamber stands to receive a further $25,000 of matching funds for corporate sponsorships they secure. The potential $50,000 donation is being funded through reserves and will not impact this year’s tax levy. Deputy Mayor Karin Terziano noted that funding through reserves is a one-time thing and that the goal this year is to figure out how to properly fund events in Huntsville.

The motion to alter River Mill Park and add some parking spots has been deferred until council has an opportunity to obtain public input. In addressing the issue Councillor Bob Stone said, “There’s much misinformation out there. There’s an article in the newspaper that didn’t include all the information. Quite simply, when the park was built the landowners that owned the property between the dock and the new park did not sell to the Town right away. We eventually did acquire the property but it’s never been part of the park. The plan is to turn most of that area, between the dock and the park, into more grass and in doing so we have an opportunity to create some more parking along Dara Howell Lane. Both of those exercises will end up in a net gain of parkland.”

The accounting is in and it ain’t pretty. Over the span of the dispute with Hunter-Rutland, the Town spent $226,776.82. The Town will also write off $21,911.71 in outstanding rent, penalty and utilities.

“It is what it is.  It’s over finally” – Mayor Scott Aitchison. 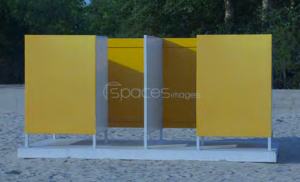 Members of the Rotary Club of Huntsville/Lake of Bays have been given permission to install a change house at Hutcheson Beach. Obviously this open-air building will be used by families at Hutcheson Beach for changing into swim wear, etc. The proposed building will be approximately 16’ x 20’ with 8’ tall wooden panel walls and will be built upon a poured concrete pad.

A one-day a week Mobile Health Unit for Port Sydney/Utterson/Stephenson has a home. Initially the Health Hub was proposed for the Utterson/Stephenson Community Hall, a facility used daily by groups and seniors. To avoid displacement of the hall users and to provide an ideal facility Fire Chief Steve Hernen suggested use of the Port Sydney Fire Hall instead.

The Port Sydney Fire Hall will become the home of the Health Hub. They will open January 26 at 9 a.m.

The Mobile Health Hub includes staffing (Nurse Practitioner), primary care delivery, and program evaluation. They provide access to programming for non-rostered patients on an “in-kind” basis, based on program capacity and primary care to rural, isolated, seasonal and/or vulnerable residents. 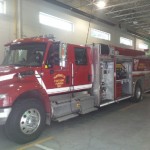 Huntsville is getting a new pumper/tanker truck this year to replace its 1988 model. The new vehicle will come from Carrier Centres Inc. – Metalfab at a cost of $370,512. According to Fire Chief Hernen  a cooperative purchase initiative which piggy backed on a Sundridge RFP for the same truck saved the Town about $20,000.