The original deal seemed like a good one for the curling club. Last March the Town of Huntsville agreed to sell a piece of land at the McCulley Robertson Sports complex to the Huntsville Curling Club for the nominal price of one dollar. After years of talking about the idea, the club hoped to finally be able to build a new facility in that location.

Since then the Curling Club has done a little bit of homework and has determined that the cost to bring water, sewer, hydro and telephone services to the parcel of land would be more than $137,000. 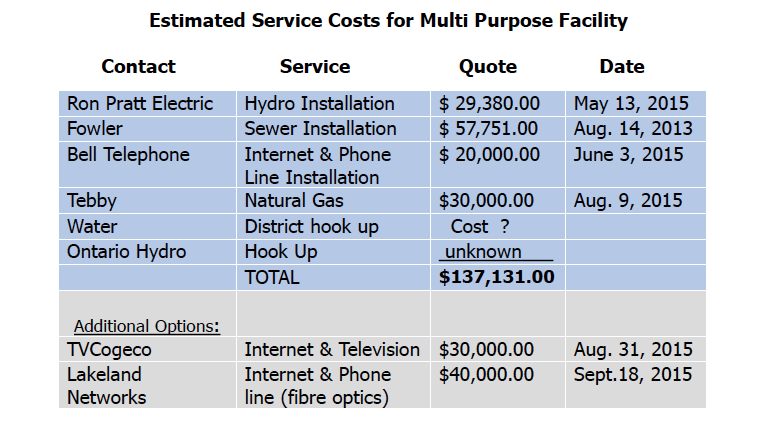 Ted Bionda and John Furner of the Huntsville Curling Club shared the bad news with council at their December 21 meeting and asked that the Town take responsibility for the cost of servicing the site. In addition, they asked that the building and maintaining of a parking lot for the facility be the responsibility of the Town and that a portion or all of the building permit fees be waived by the Town.

The request was met with almost complete silence around the council table as Mayor Scott Aitchison reminded the curling club members of the Town’s own financial woes.

I don’t see a lot of nodding heads around the table showing support for this.Mayor Scott Aichison

The curling club plans to apply for a Ontario Trillium Foundation grant to pay for a feasibility study that might recommend other services, such as a gymnasium, that would help cover the cost of the facility, and the Mayor offered to direct staff to look for another piece of Town land suitable for a curling club. “Maybe there is a more free piece of land out there for you?” Aitchison said.

The curling club has also been struggling with equipment failure, which shut them down for the Fall season. As a result they have had to spend $55,000 on an ice-making plant: an investment that they say they can take with them to a new facility. Things are looking good for January play. See our earlier story, Huntsville curlers missing a key ingredient in their sport: ice.