How hard can it be to mount a play? Huntsville Theatre Company’s latest comedy production, Mounting Sex in the Afternoon Zone, pokes fun at the inner workings of theatre in a show where what can go wrong, often does.

In this play-within-a-play, a director and cast of actors try desperately to rehearse a play that keeps changing genres – from British farce to Canadian comedy to Canadian musical comedy and finally to sci-fi musical with the requisite Canadian references – thanks to a fickle producer and an egotistical director-playwright. All this amidst a love triangle that has David Stoffel (Frank Berg) trying to hide his mistress Valerie (Emilie Stroud), who plays his wife, from his wife Claire (Carrie Schiffler), who plays his mistress. To the delight of the the sold-out audience at the January 30 show, it went about as well as you might imagine.

The anchor of the production is Matt Friesen (played by Sonny Allinson) who as director and playwright of the play-within-the-play Sex in the Afternoon gleefully disregards his leading man’s predicament to further his own agenda. Allinson’s Woody Allen-esque portrayal of the insecure, self-involved director is spot on. He plays off the unseen producer’s demands with a mounting frustration and desperation that leave his cast members confused and uncertain, driving them each into their own debilitated states.

Kudos go to the actors-playing-actors for the difficult task of making good acting look bad while transitioning from their regular characters’ personas to those of their play-characters. Emilie Stroud played her rookie actress role to a T, Frank Berg exhibited his talent for physical comedy, and Carrie Schiffler showed off some impressive vocals and dance moves in the musical numbers.

Michele Ineson deserves special mention for her passionate, hard-on-the-outside-soft-on-the-inside portrayal of onstage stage manager, Suzanne Bennett, and for a memorable rant when even she’d had enough of the director’s antics.

And a nod to Jayne Drinkwater for her over-the-top portrayal of TV show host, Maxine Augustus. 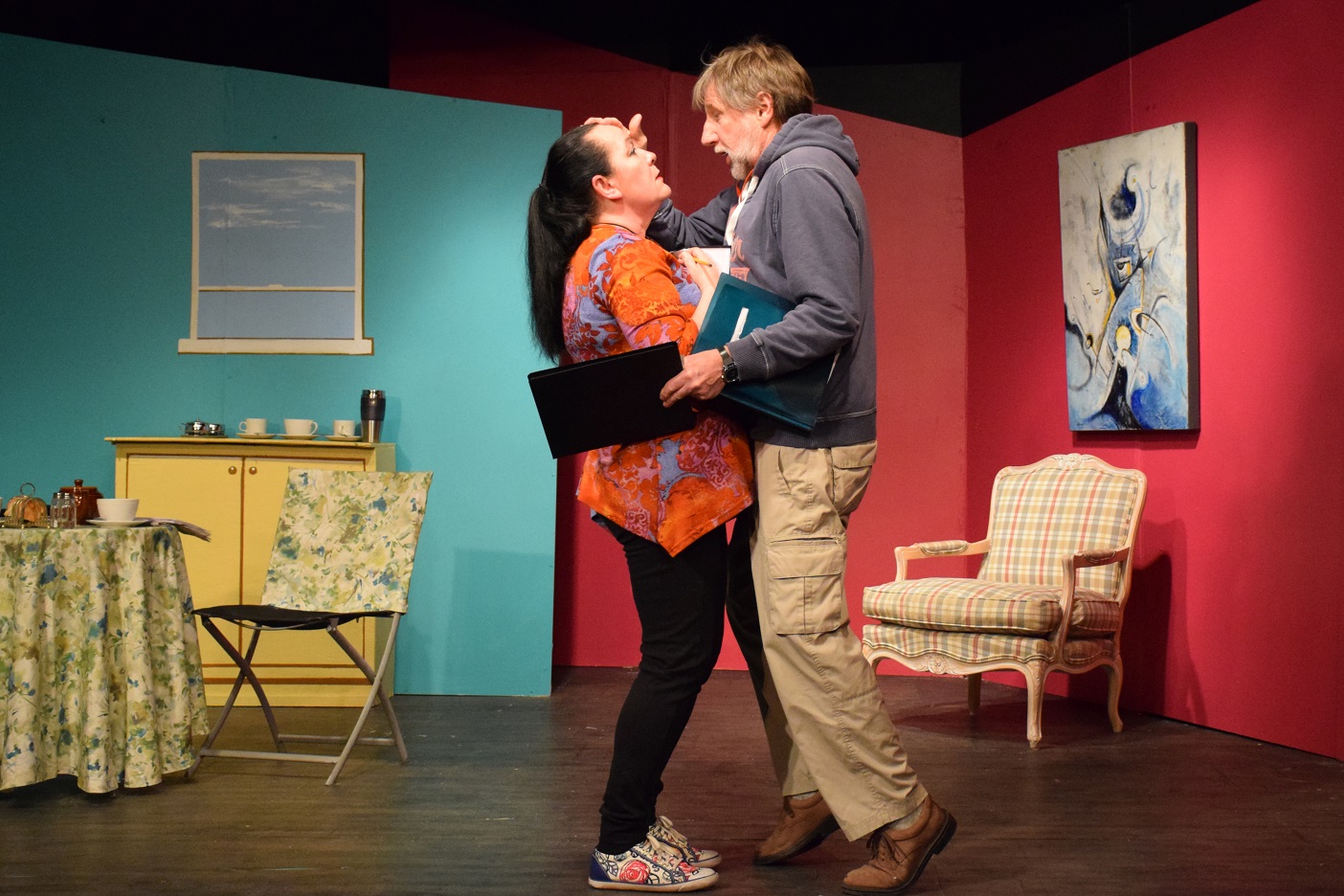 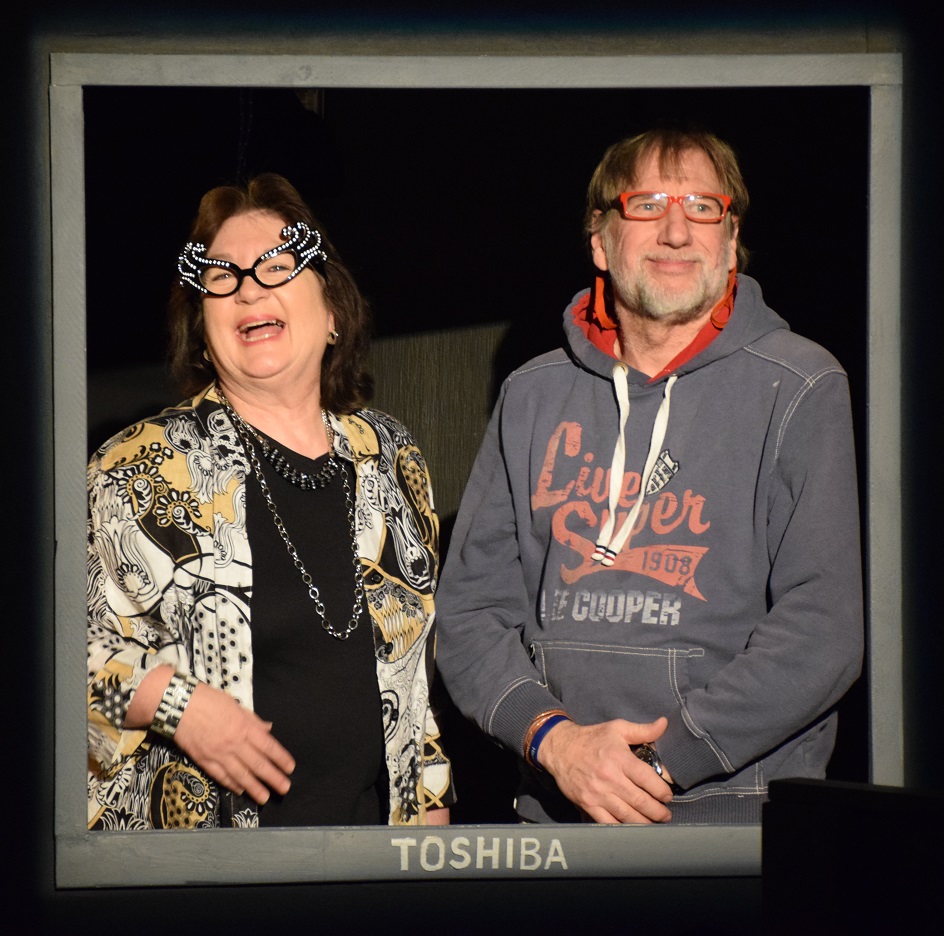 Beneath the ridiculousness of the play-within-a-play are the subtle – and in some cases not so subtle – themes of adultery, eating disorders, lost love, and even the environment. With that, the Huntsville Theatre Company continues to live up to its mandate to bring quality and thought-provoking live theatre to local audiences.

The final performances of Mounting Sex in the Afternoon Zone run February 4-7 at The Studio Theatre. Tickets are available at HuntsvilleTheatre.org or Treasures and Trophies.