The money will go to the YMCA’s Literacy Services in Huntsville, which gives classes to adults in literacy, numeracy and computer skills.

“I knew it was going to be good,” says MNM 2015 convenor Karen Wehrstein, who is also participating as a writer in her tenth marathon. “I made a pie-in-the-sky prediction of my own, $25-27,000. To blow past that at the preliminary stage… when I found out, I got chills all over. There are last-minute donations that still need to be calculated in as well as donations still arriving. We’re hoping it’ll go over $30,000.”

“I am completely blown away by the total,” says Cheryl Cooper, who won the Remington Award as top fundraiser for the fourth year in a row by drumming up $1,975. “You think of what’s going on in the world, and how many people are suffering out there… It’s so much more than last year, and last year was amazing.”

The final total will be revealed at the Novel Marathon’s wrap-up event on Sept. 19, when Best Novel winners will also be announced.

The Novel Marathon is currently underway at the Active Living Centre at the Canada Summit Centre in Huntsville, with 40 writers competing for Best Novel in two categories plus other prizes. They have 72 hours to complete their works, ending on Monday night.

Other writers who raised $1,000 or more are: Pat Flewwelling, Brenda Liddle, Tobin Elliott, Lenore Butcher, Janet Nichols, Joanne Galbraith, Lori Twining and Lisa Liscoumb. Between them, the nine top fundraisers netted $12,589.93. By topping $1,000, they have all earned themselves a guaranteed spot at next year’s marathon—a strong incentive, considering that all 40 spots were filled within 82 minutes of registration opening this year.

The 25 writers who raised more than $500 was eligible for draw prizes that included bookstore gift certificates, complimentary memberships in writers’ associations, beautiful local craft items, show tickets, a guided canoe trip, a stay in a yurt, and much much more. 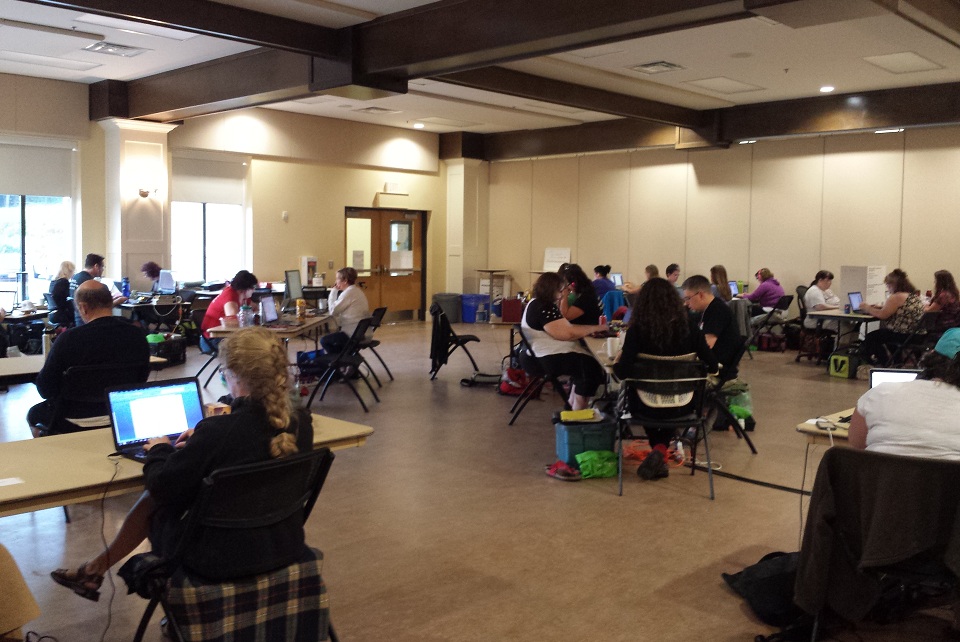 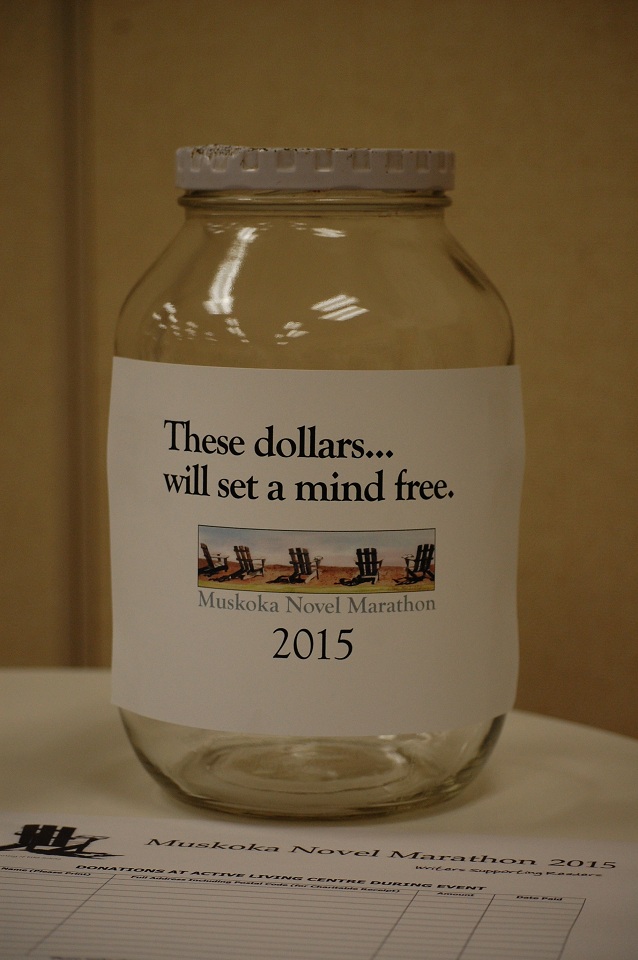 MNM writers raise pledges in advance and collect them during the event. All funds raised benefit YMCA Simcoe Muskoka literacy programs in Huntsville. 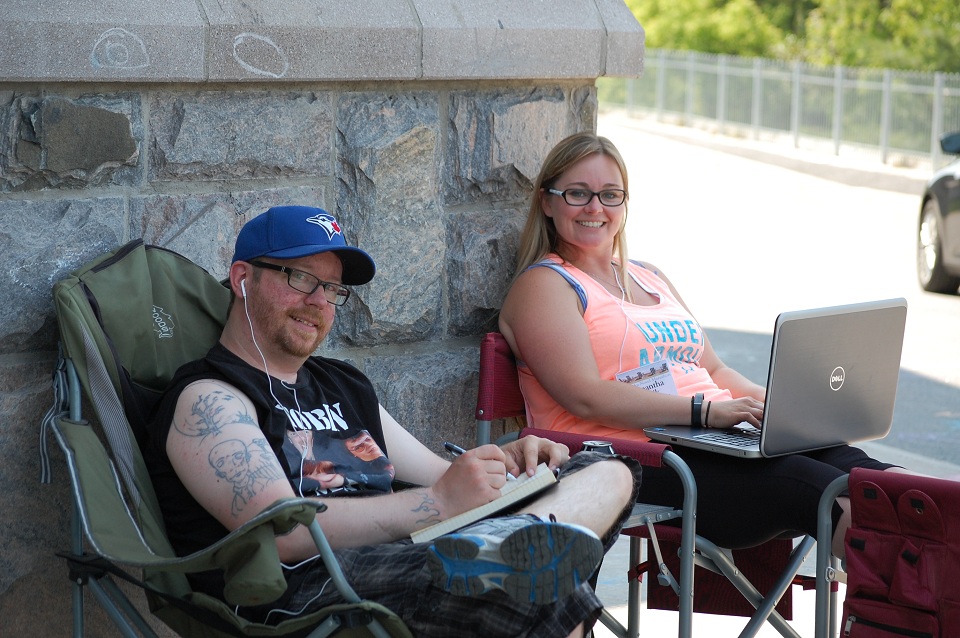 Colum McKnight and Samantha Banik take their writing outside. 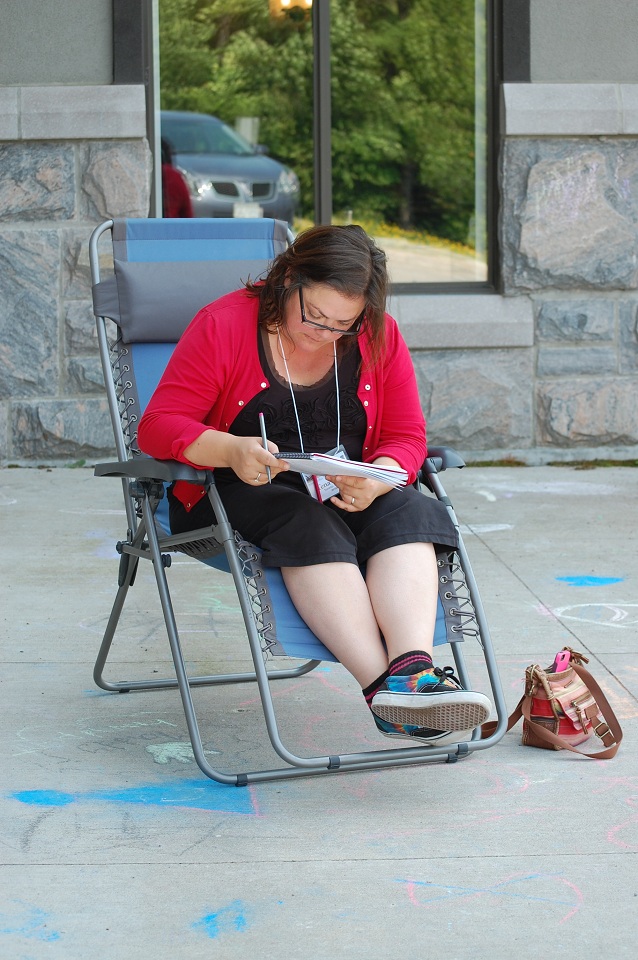 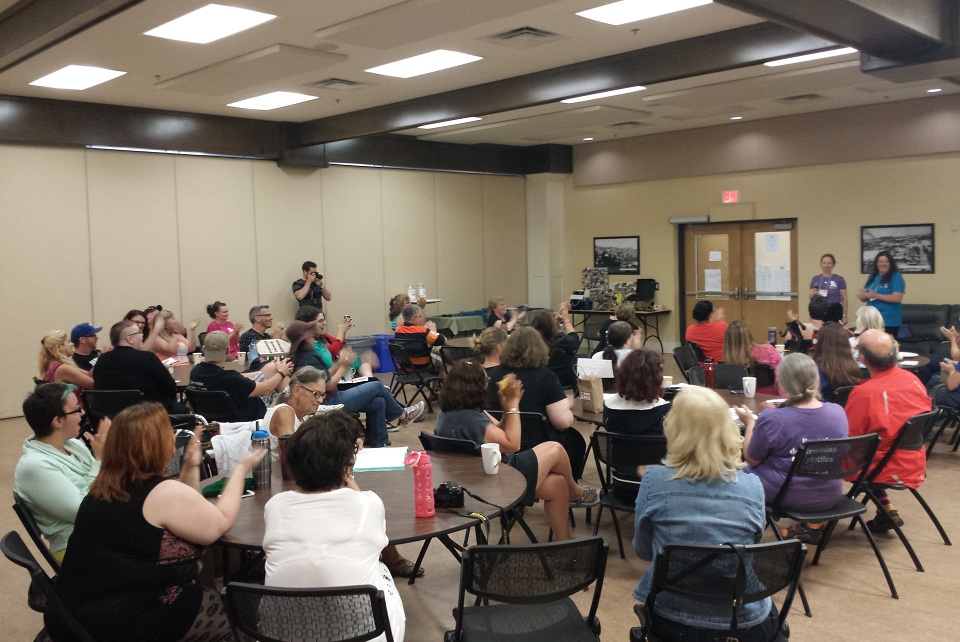 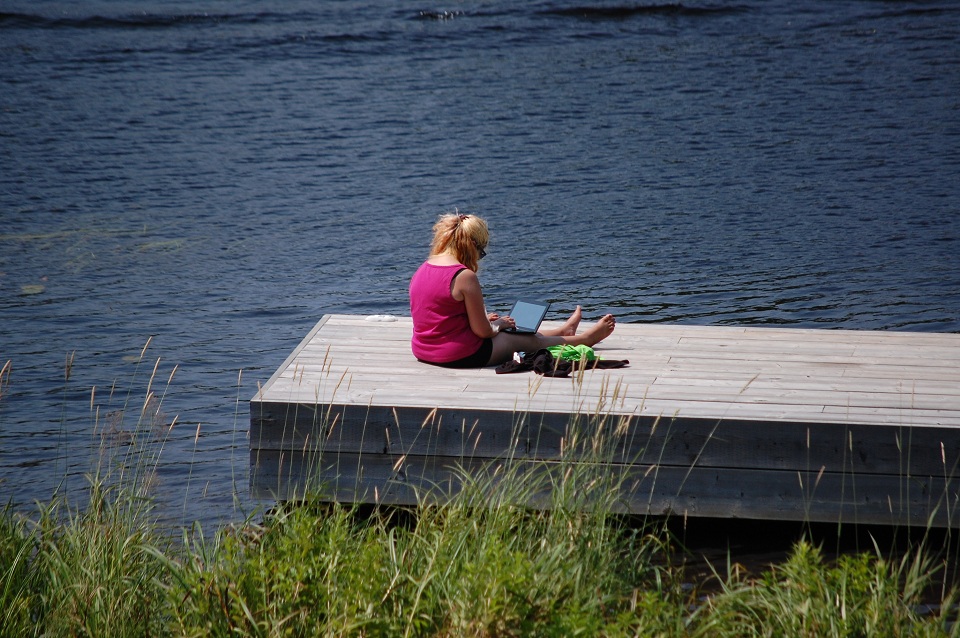 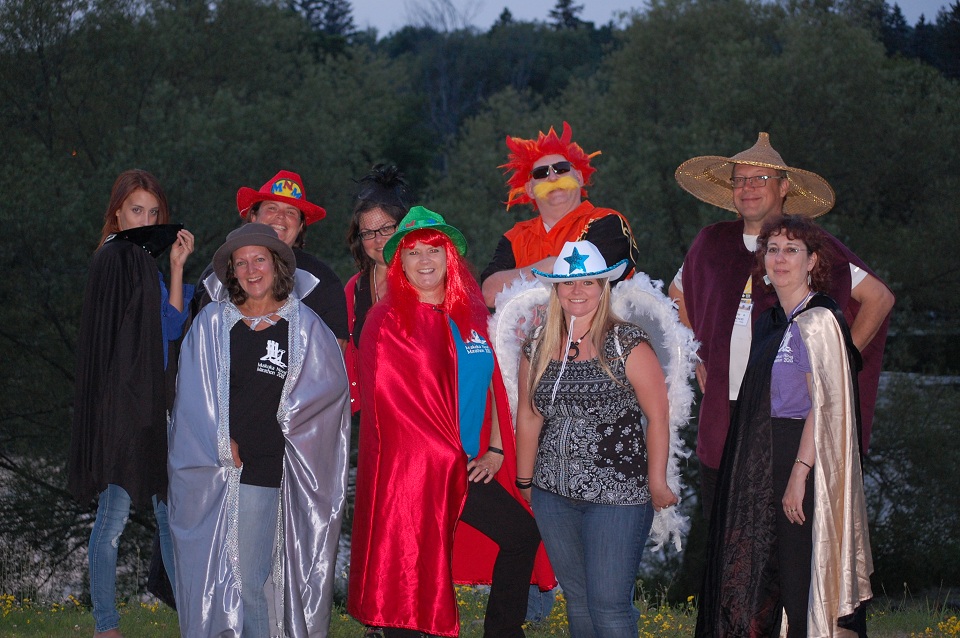 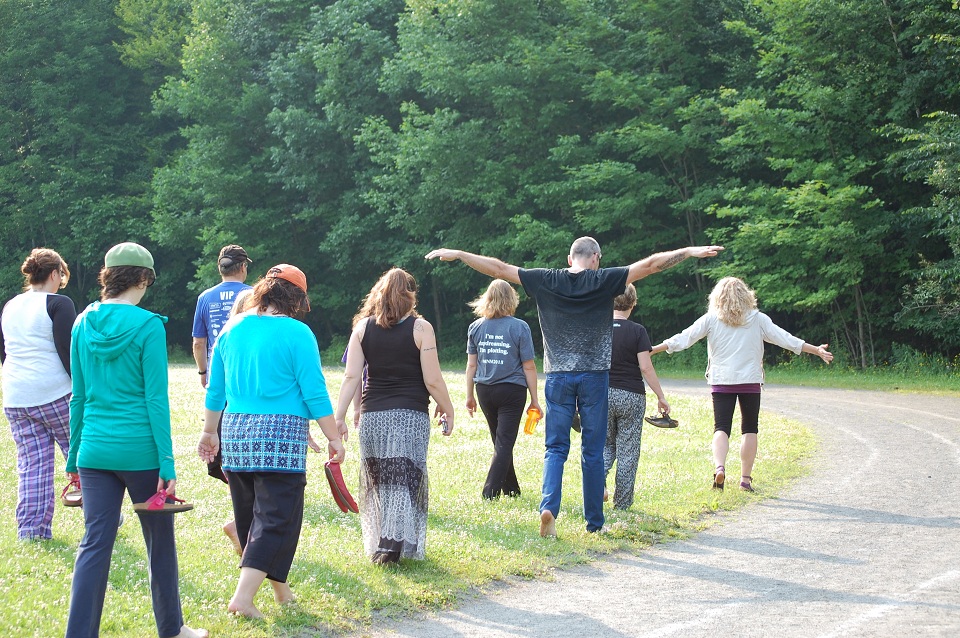 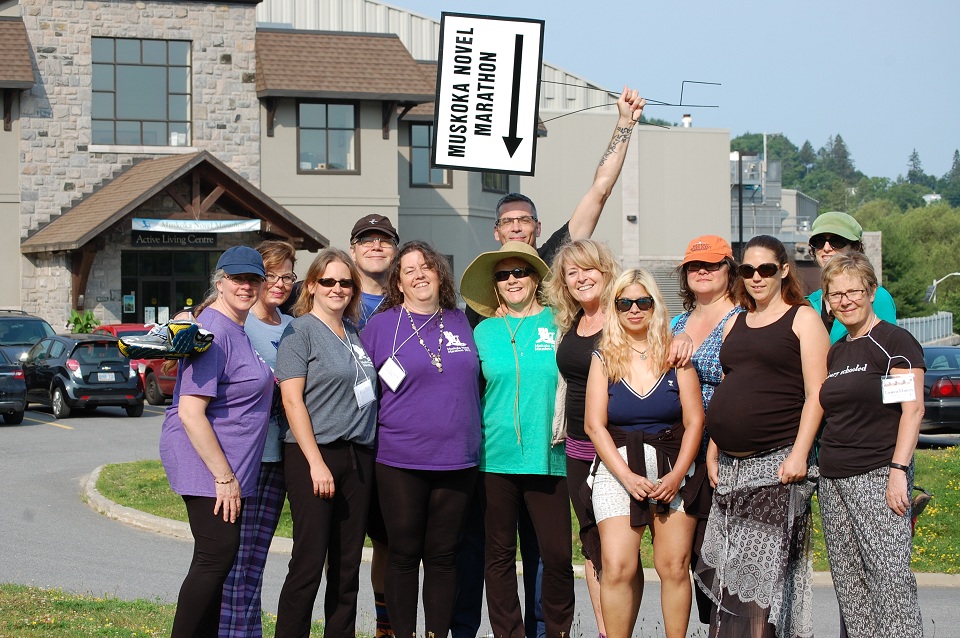