Kelly Miller is like any other Grade 12 student at Huntsville High School: she likes to sing, dance, hang out with her friends, and watch shows like Glee and Heartland.

In March of this year, Kelly received a Youth Empowerment award at the Re:Action4Inclusion conference in King City, Ontario. Kelly has Down Syndrome.

Re:Action4Inclusion is an Ontario youth movement advocating for social change to make schools and communities more inclusive. The movement is trying to help communities think differently about disability and build communities where every person can be seen and expected to make valuable contributions.

Kelly says that Re:Action4Inclusion helps the students find their voice in school and community through inclusion. 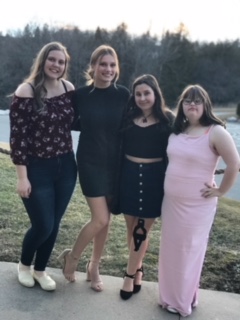 For Kelly that means doing the things she loves like horseback riding and dancing in the All Abilities Dance Troupe alongside other students. She says her favourite song to dance to is “Come Alive” from The Greatest Showman.

Kelly was introduced to Re:Action4Inclusion by her friend, Mallory. They first met one another when Mallory was participating in a peer-helping program in Kelly’s class at Huntsville High School.

When Kelly talks about how she feels a part of her community through being involved with Community Living, her dance troupe, and Re:Action4Inclusion, she says, “I just love it so much,” before she cries tears of happiness.

According to Kelly and Mallory, about nine students from Huntsville High School went to the Re:Action4Inclusion conference in March, including Kelly and Mallory. There were six students and two adult allies sponsored by a local Rotary Club to attend. Kelly prepared a speech and talked in front of everyone at the conference when she won her award.

The Youth Empowerment Award is given to someone who brings inclusion into their schools and community through their lived experiences of having a disability. It recognizes those who are natural leaders who can motivate people to think and act differently.

It’s obvious that Kelly deserves to have this award. 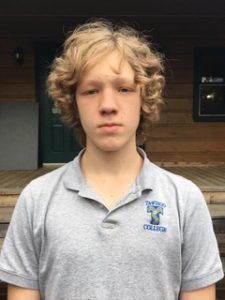 Phoenix Varieur is a student at Tawingo College and is a biathlete. He is also a great pianist and is a Netflix TV show addict. He plays Assassin’s Creed: Brotherhood and likes to make things out of wood. He also enjoys fishing, swimming and paddling on the lake with his dad.