At one time, steamships ruled the waterways in Huntsville. This is the Empress (a.k.a. Empress Victoria) in dry dock at the Brunel Locks, ca. 1900. Captain George Marsh placed her on the Huntsville-area lakes in 1894. She had been built on the hull of another ship, the Excelsior, which had burned in the Great Fire of 1894. The Empress Victoria was dismantled in 1915. Marsh played a leading role in the development of steamboat navigation and the promotion of tourism in Huntsville and Lake of Bays. He was also the owner of a sawmill at the falls on the Oxtongue River and those falls have been named for him ever since (Marsh’s Falls). (Photo courtesy of the Muskoka Heritage Place collection. Details from Huntsville: With Spirit and Resolve, by Susan Pryke.) 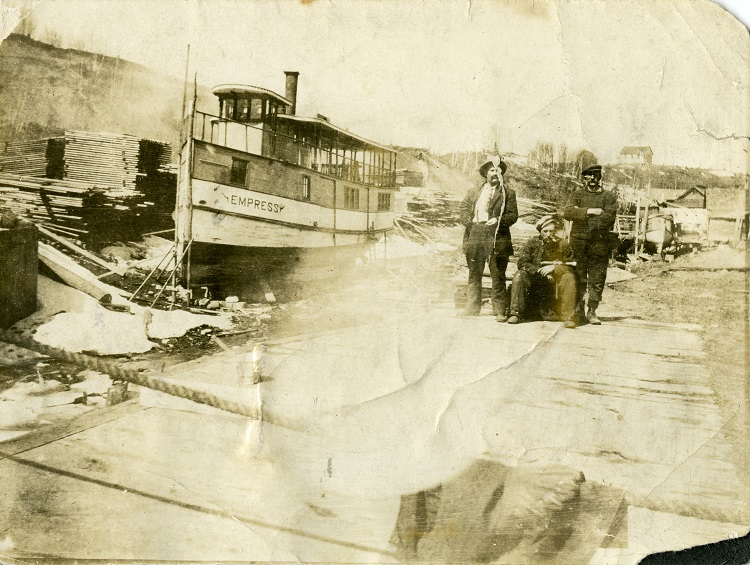 Shown here is Blackburn’s Boat Works. We don’t have a date for this photo, unfortunately. In that location now is Boston Pizza, and the marsh across the road is now the plaza and parking lot affectionately known as “Beer Lake” in the spring.