You are here: Home / Commentary / It is foolhardy to consider climate change as a single dimensional issue ~ Nancy Osborne

The environment, climate change, greenhouse gas, carbon emissions, climate emergency… We are bombarded by all these words every day but have most of us taken the time to look beyond the face of the words and the various proposed solutions?

I am not an expert, but I do believe the experts. We are facing a climate emergency and we must act now. But most of the discussions I hear seem to look at our climate emergency as a one-dimensional problem with straight forward solutions. “Cut out the carbon and fix the problem.”

But a look below the surface and logical thinking exposes critical factors missing from these discussions. Climate change is not one-dimensional,. It is complex and multifaceted and if we deal with it as a one-dimensional crisis, the solutions we put in place will fail and fail badly.

When we talk about fixing climate change, we often think in terms of high-level policies and the price being managed by our governments through taxation and/or savings from cuts to other programs. Green technology is expensive to implement, otherwise large corporations would already be green. Those long-term cost will have to be paid for by the consumer. We tend to forget about the ultimate monetary price to all of us, especially those living in or near poverty.

Think of it as a pyramid with the Climate Emergency at the top and all our other social issues below, forming the structural base. If we do not set that top stone in place with consideration for the base, the base will collapse along with all our valiant efforts to fix climate change.  The climate emergency we face today cannot be fixed by looking at it in isolation of other issues in our local and global society.

We hear, “Climate change’s adverse effects mostly impact low-income communities around the globe” but we rarely hear about how the solutions to climate change also affect those people at a disproportionate rate. If we don’t have some holistic thinking, our efforts to alleviate the impacts of climate change will backfire.

If we focus only on things like incentives to large corporations to improve technology, it is a short-term solution. The incentives might help temporarily displace some of the cost to the company and encourage them to change but ultimately the long-term cost increase will be passed down to the consumer. Who will that affect the most? The poor and impoverished. How much pressure can we put on people who are already struggling to survive before crime rates go up, riots take place and chaos ensues?

Remember this is an emergency and we will soon feel the effects exponentially. If you think I am exaggerating, think again. Everyone has their limit before they will do anything to feed their children.  Look at some of the countries with the highest rates of poverty. Often the price of the basics, such as the price of bread, are controlled by the government. When the government raises these prices, it is not uncommon for riots to ensue. When people live penny to penny, they have nothing left to lose. There really is a point when people cannot take any more.

Other plans, like electrifying transportation, are also expensive and ultimately the cost will be borne by the people.  Again, this will hit hardest the poorest among us who are just eking by now. And even a price on carbon, which proportionally puts more money back in the pockets of lower incomes, will still affect poverty rates in the long term if we don’t also look at lifting people out of poverty.

All these “solutions” have the potential to push those families on the edge into poverty and push those in poverty to desperation.

That does not mean we shouldn’t act urgently and aggressively to attack climate change. It means it would be foolhardy to consider climate change as a single dimensional issue. Poverty is intrinsically linked to climate change just as other social issues are. So, to tackle climate change we must also tackle poverty and in doing so, by default we must look at education, the economy, housing and so much more.  And when we speak of those things, we must think of our seniors, veterans, homeless, unemployed etc.  We must look behind the mask and realize that lifting people out of poverty is a critical aspect of climate change action.

Many of us could do or pay more to save the planet but for those who can’t, these changes can have a massive negative impact on their lives. It would only be a matter of time before the system collapses. Lifting people out of poverty must be a part of any plan for climate change or it will ultimately fail.

And what about gender programming? There are reports written by UN and other experts explaining why empowering women is critical to reversing our climate emergency.  Perhaps living the privileged life, that many of us do in Canada, makes this difficult to initially understand. However, when we remember that Canada is only responsible for 1.6 per cent of the global carbon emissions, we can better see how this applies globally and at home.  To save Canadians we must think beyond our own borders. The German group Climate Justice writes:

We must work on global social issues as well as our own. We are a small carbon contributor in the big picture, so it is imperative that we be a significant influencer on the international stage. And since social issues like poverty and gender are interwoven with the success of any action to address climate change, it is not as simple as cut our international spending and focus the funds on our national “climate” programs exclusively.

So, how do we fight climate change?

Are there more social issues linked to fighting climate change? Of course.  I am touching on just a few of the many facets of climate change in order to make the point that our climate emergency is not one-dimensional, and we need to elect representatives who not only see but understand the multifaceted aspects of fighting climate change.  We need politicians who can identify and address the bigger picture and a one-track solution just won’t cut it. 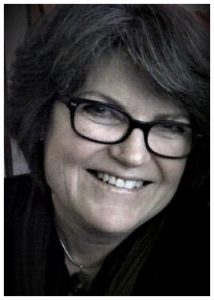 Nancy Osborne has seen some terrible things throughout her military career and during her time with the United Nations as a security specialist. Serving in the Security Branch of the Canadian military, Osborne enlisted as a Private and retired as a Major 21 years later. She was honoured with a CD (the post-nominal letters for the Canadian Forces Decoration) and is recipient of the Commemorative Medal for the 125th Anniversary of Canadian Confederation in recognition of a significant contribution to Canada as well as a Commander’s Commendation. Following retirement, Nancy was recruited in 2002 by the United Nations as one of the first women ever deployed as a security risk adviser in the support of UN humanitarian operations in high threat environments. In 2010, Nancy was appointed as a security manager at UNICEF Headquarters in New York. From there she managed global emergencies affecting UNICEF staff and provided extended surge support in places like Afghanistan, Pakistan, Haiti and South Sudan. When Nancy retired she thought that it would be a shame not to use all of that training so she launched a not-for-profit called I Got This as a platform for workshops called Unlocking Your Instincts for women.