Huntsville fighters Jeff Allen and Ryan Clark are among the top judokas in the country after the pair earned silver medals at the Ontario Open Judo Championships held at the Toronto Pan Am Sports Centre earlier this month. Jeff’s medal came in the Veterans +100kg category, while Ryan competed in the U18 -90kg.

Fighters from all over the world enter the Ontario Open, which regularly attracts judoka from across Canada as well as the United States, England and Brazil. The high quality of competition is exactly what Jeff and Ryan look for as they train for the Canadian Nationals in Calgary next May.

“It’s good competition, and it’s always a hard day of fighting,” said Jeff of the Open, Canada’s second largest judo event. “It’s pretty cool, you get the same sort of people who you would see at nationals compete there.”

Doppler did a story back in September about Jeff, who took up judo as a fun, healthy activity with his son Lucas in 2011. In the four years since, Jeff has cemented himself as the number one ranked Canadian fighter in his division, and is now ranked eighth in the world. He had a perfect day of fighting at the Open until losing to James McManus in the finals, a two time national champion himself and four time national medallist from New Brunswick. 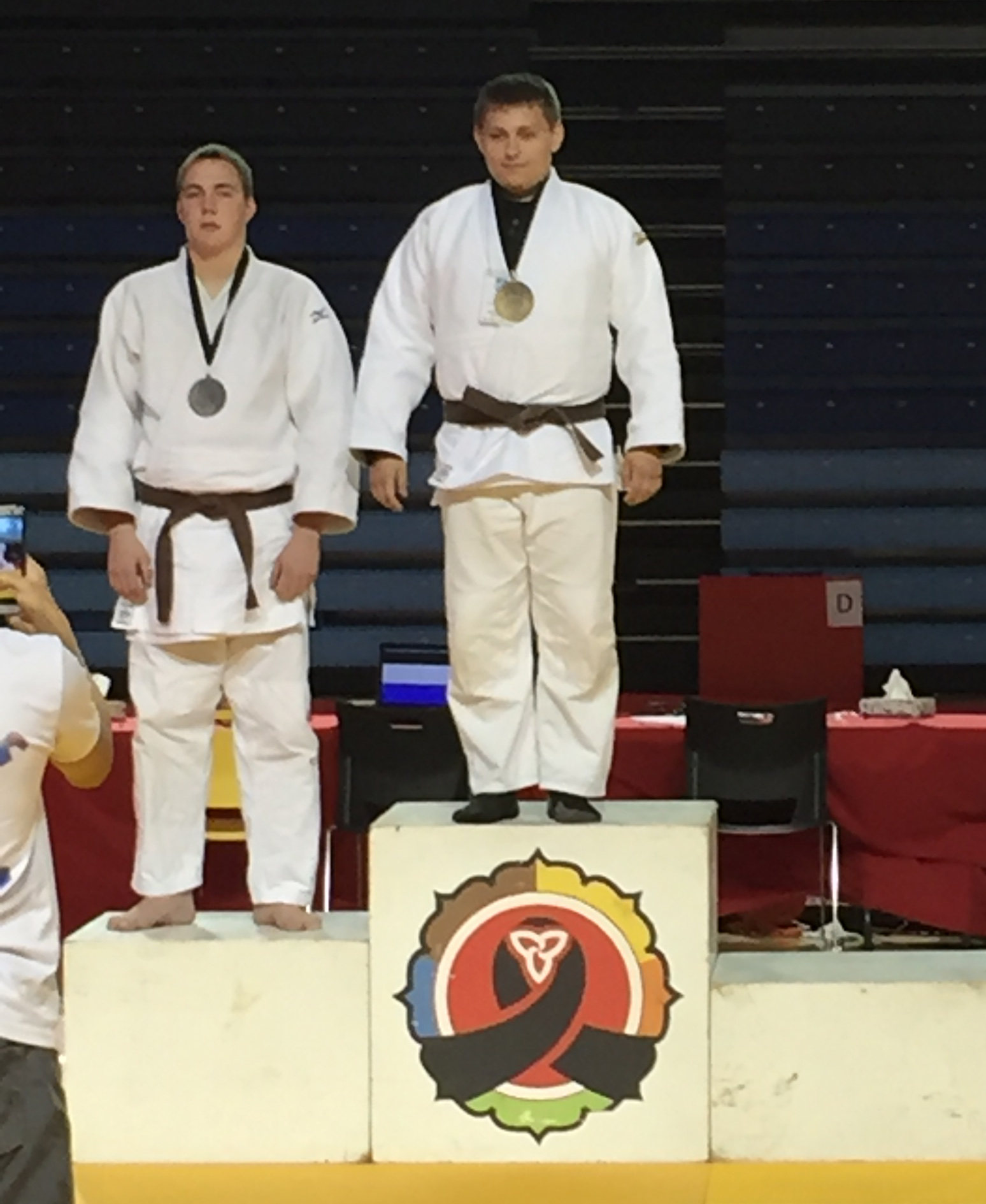 “I felt good the rest of the day and thought I fought well, it was a really close fight but in the end he came away with the win,” said Jeff of the gold medal match. “Other that it was a good day, nice and smooth. I used all of the techniques that I like to use and finished most of my fights pretty easily.”

Ryan was also undefeated at the Open until losing in the gold medal round, moving up to the U18 age category after winning the tournament in the U16 division last year. Ryan, who captured a bronze medal at the Canadian Nationals in May, has his sights set on gold at the upcoming Canadian Youth International Tournament.

“I never really liked team sports, so I decided to try judo as an individual thing and i loved it. I’ve been doing it ever since,” said Ryan, who has been practicing judo for four years. “I’m happy with my silver, it was a good tournament all around.”