You are here: Home / Business / ‘Groundbreaking’ puts Huntsville Brewhouse one step closer to opening its taps

Come May of 2018, thirsty beer-lovers in Huntsville will have one more place to swig their brews. Work on the new Huntsville Brewhouse by Lake of Bays Brewing Company is well underway, as evidenced by the rubble of rock out front of its Main Street location, and the brewing vessels for the locally crafted suds will be moved into place in February.

The company celebrated its coming venture with a mock groundbreaking today where the brewpub idea was applauded by local politicians.

“This will be great for the Town of Huntsville and Muskoka,” said MPP Norm Miller. “It’s wonderful to see your brewery doing well and creating jobs and good beer.”

“I really appreciate what (owner) Darren and his family are doing for me personally. I like beer,” joked Mayor Scott Aitchison. “And Norm Miller was fond of mocking me because every other town in Parry Sound and Muskoka has a brewpub and Huntsville was the only one that didn’t.” 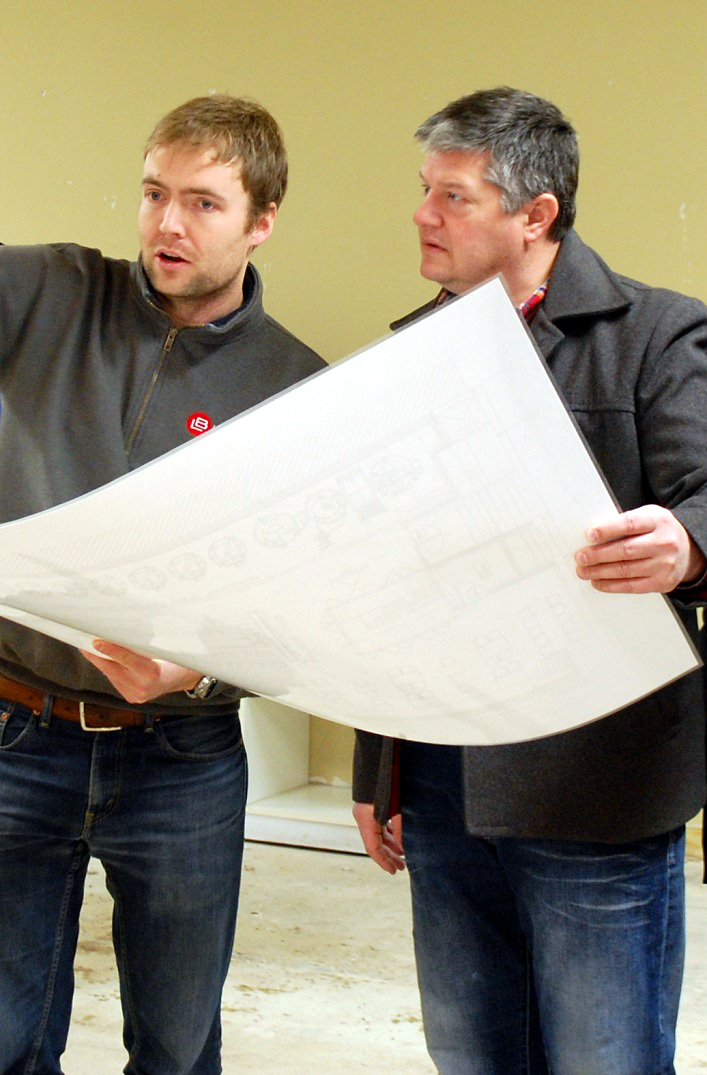 The brewing tanks will go here

The Huntsville Brewhouse will sit below street level at 59 Main Street East and will be compliant with the Accessibility for Ontarians with Disabilities Act (AODA) to ensure everyone can access the brewpub.

“We’ve done a bunch of demolition work and we’re ready to get started,” said Lake of Bays Brewing Company president Darren Smith. “The front will be all glass and on the restaurant side we’ll be able to open it right up in the summer, you’ll be able to see right in. We’ll be doing live music acts on that side, too.”

In the other half of the space, tanks will be visible where beer will be brewed on site, albeit on a smaller scale than what’s produced at the company’s flagship location in Baysville which launched in 2010. Brewing for the company is overseen by brewmaster Dan Unkerskov.

In the restaurant, the beer will rotate with the seasons and will include some guest taps, and wine and spirits will be available, too. The menu focus will be barbecue.

On the retail side, samples will be available and patrons can fill growlers or purchase beer to take home.

The company is gunning to open the Huntsville Brewhouse in mid-April to early May, said Smith.