You are here: Home / Sports / For the love of the game: pond hockey volunteers and players keep it fun

UPDATE January 28, 2016: Due to recent rain and warmer temperatures, the 2016 Canadian National Pond Hockey Championships have been cancelled. “Safety is a paramount concern,” said organizer Neil Lumsden. “Twenty-three rinks were in place but now we are left with a shadow of what was in place, but more importantly slush and thin ice is what’s left behind. That’s what makes the site unsafe
for people and equipment.”

Wilf McQuinn knows hockey. A player as a child, a referee for 27 years, and an Otters scorekeeper for eight, he’s seen a lot of the game. And as a volunteer for eight of the Canadian National Pond Hockey Championships (CNPHC) 11 years – he missed the first and the two years it was hosted in Haliburton – he’s happy that most of the players are there purely for the enjoyment of it.

The first year he volunteered for CNPHC, it was a balmy weekend with players in shorts and running shoes because the ice surface was too soft for skates. He’s also seen years where it was so cold some of the pucks broke in two when they hit a goalpost, or the snow was blowing across the ice so hard they could barely see. But always it’s been fun.

“It’s a nice setting. And it’s like street hockey – there’s no referee, that was a good move (by organizers). There’s just a scorekeeper to keep score and keep the game moving.” If the puck goes in a snowbank, they dig it out and keep playing. 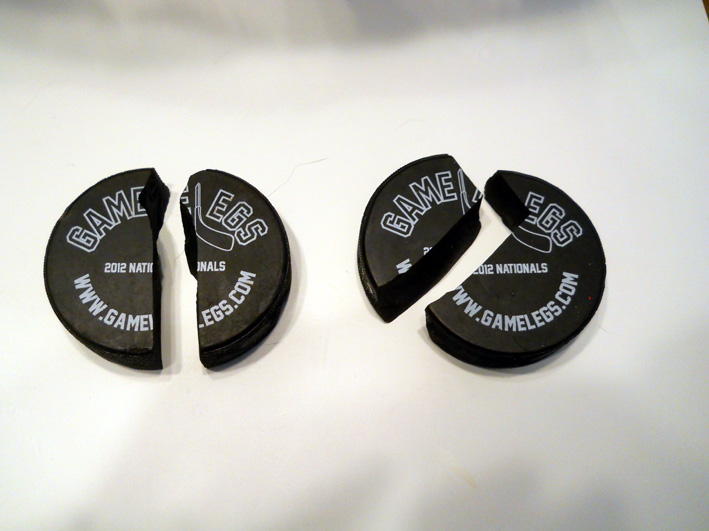 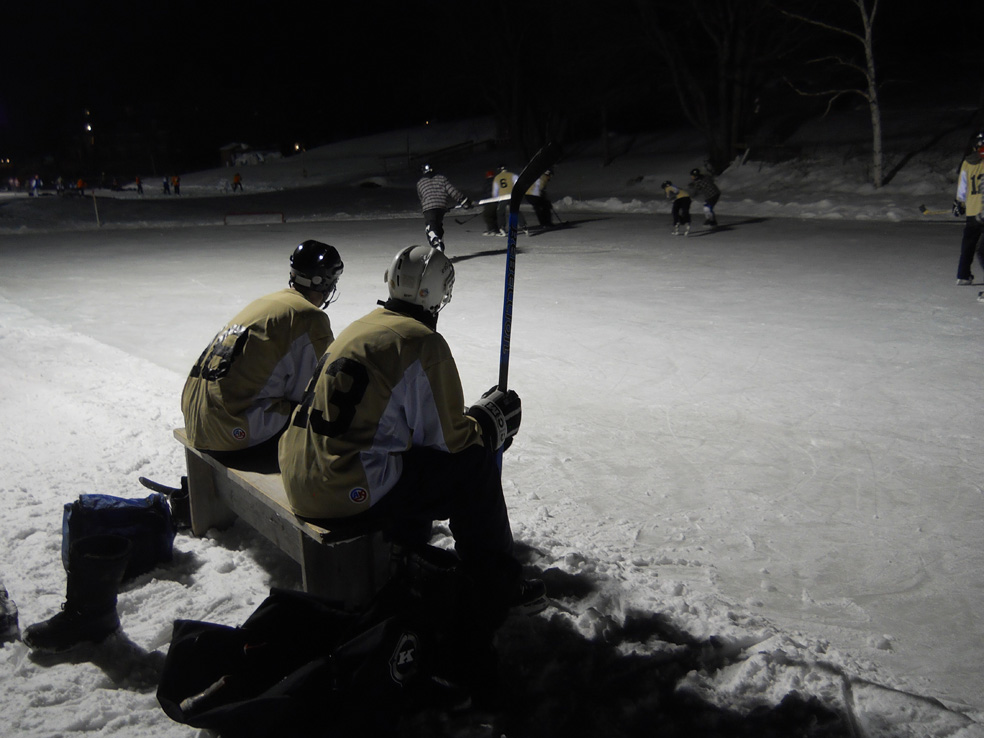 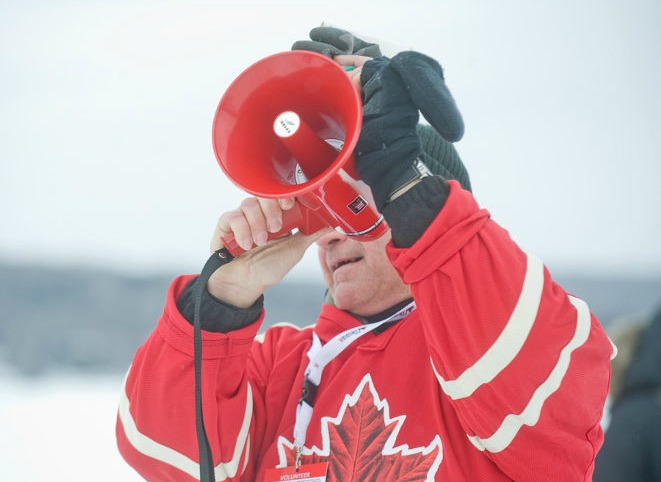 Tournament co-founder and Executive Director Neil Lumsden strives to give the tournament a fun family atmosphere. “It’s supposed to be fun and create memories. We’ve had volunteers who have been with us for every year we’ve been in Huntsville. There’s even a crew that helps to keep the ice clear that started when we were in Haliburton. They like the event and the people involved.”

The teams like it, too. Many travel a long distance to play – there are a few from Muskoka with the rest from Ontario and as far away as Newfoundland and Buffalo.

We wanted to be an event that people would immediately go home and put the event on their calendar for the next year. And they do.
Neil Lumsden, CNPHC co-founder and Executive Director 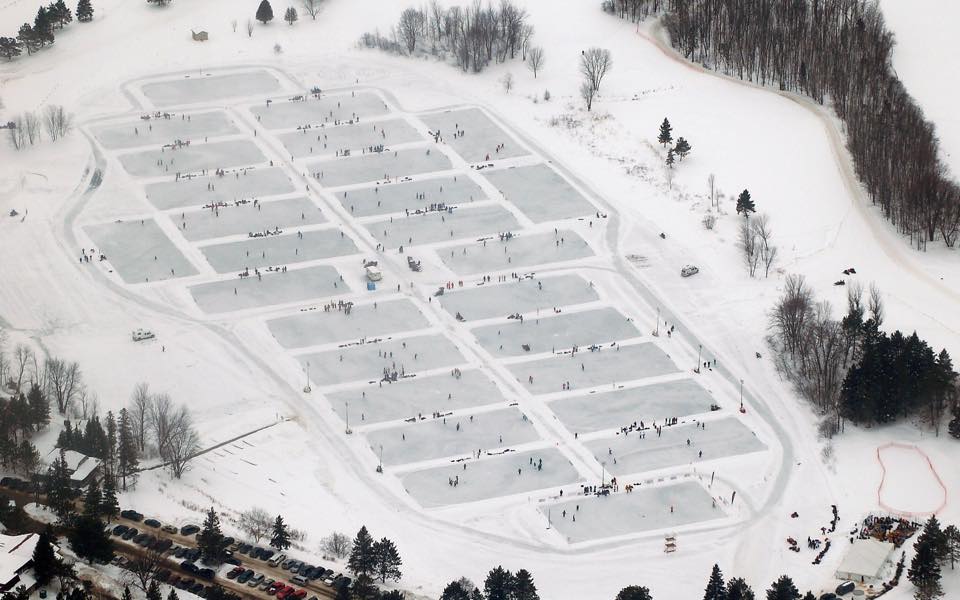 This aerial shot of the rinks is the same configuration they’re aiming for this year. Photo: CNPHC. 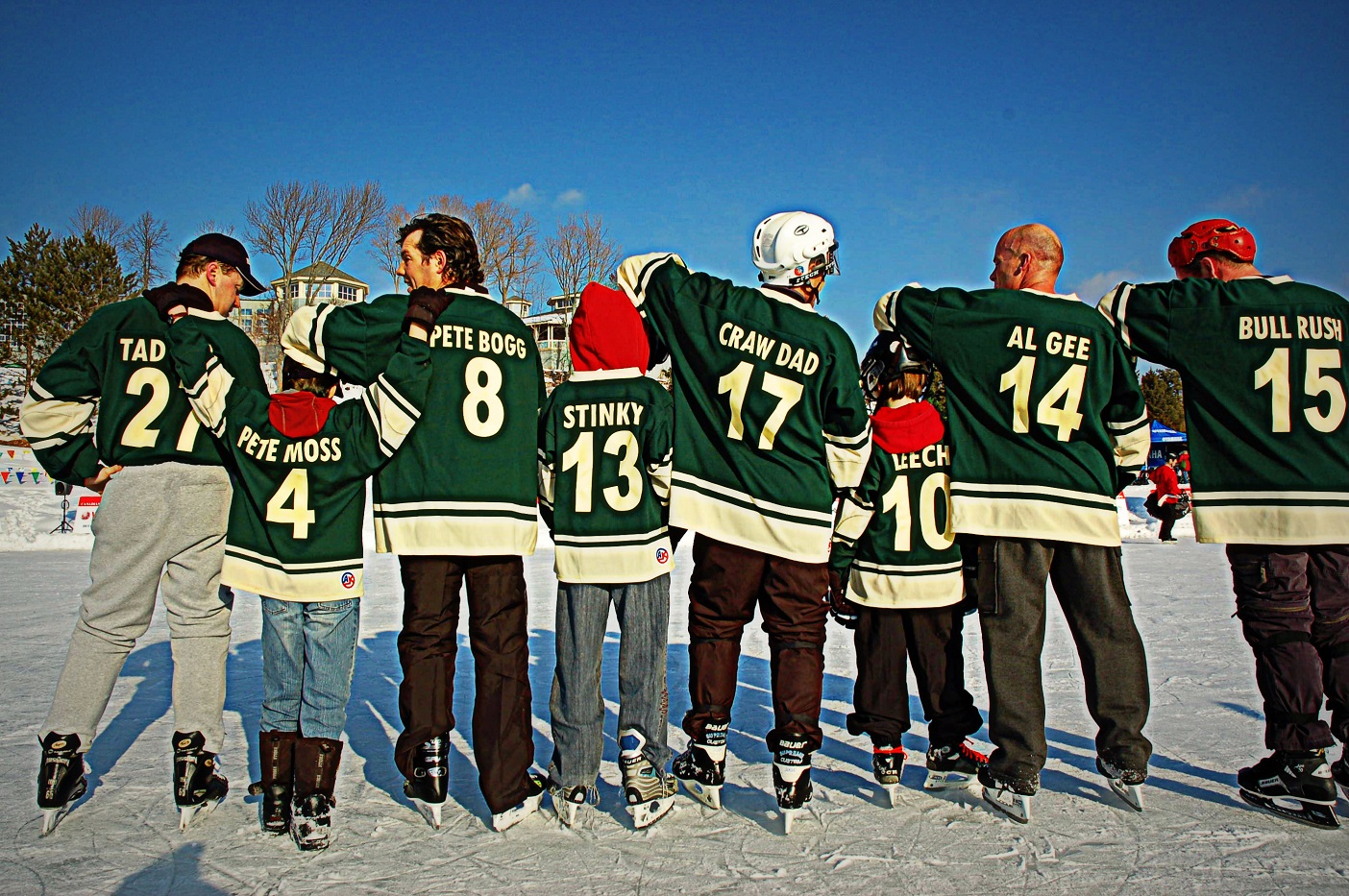 A team from the tournaments early days, showing off jerseys with their kids. Photo: CNPHC. 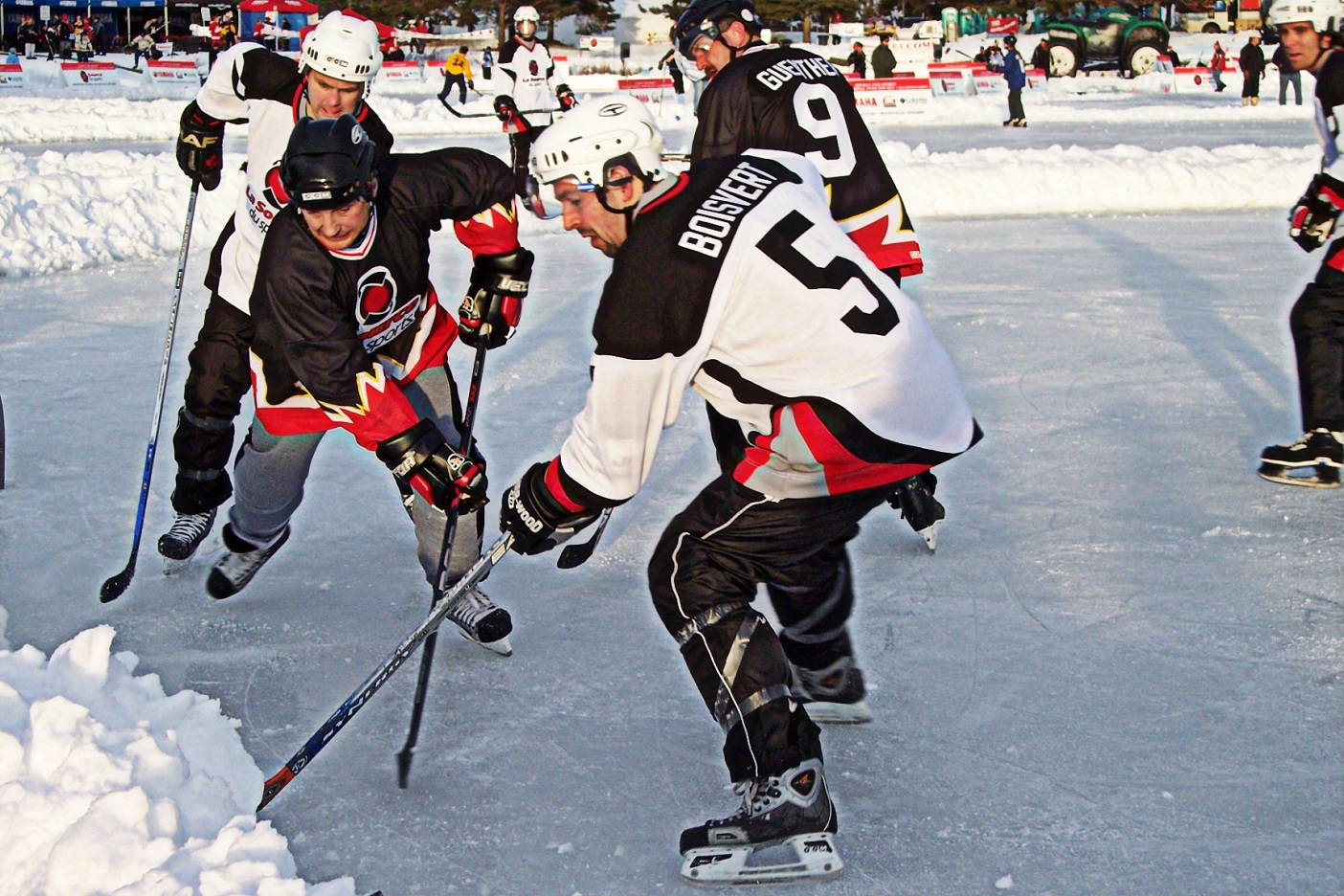 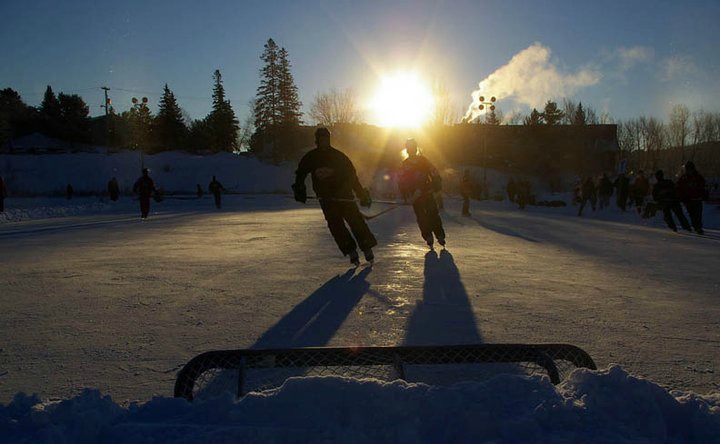 Sunset is a beautiful time to play. Photo: CNPHC. 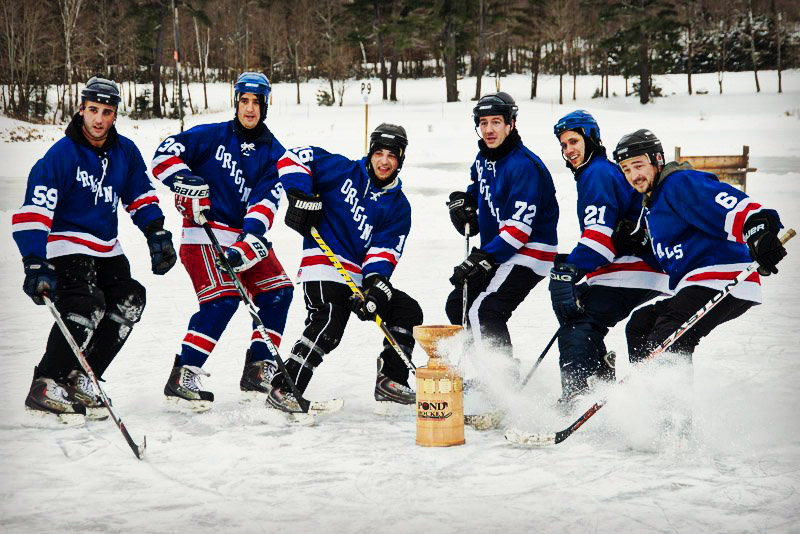 The Originals – Champs of the Men’s Open Division​ 25+ three years in a row. Photo: CNPHC.

With 174 teams of six playing on a planned 27 rinks, the ice is a hive of activity. Each six-player team plays five 30-minute games plus Sunday afternoon playoffs if they make it that far. Games have been condensed back into a single weekend from the two of previous years due to feedback from teams. “Many times we’ve heard that teams that play on different weekends say they’d like to play together, so we decided to get everyone back on one weekend and have a huge party. It just creates more energy.”

Organizers are still looking for volunteer scorekeepers for two- to four-hour shifts throughout the weekend. “It’s simply keeping score: paying attention and managing pucks going in and out. There’s no one better equipped to spend time outdoors than the people of Huntsville,” said Lumsden. Volunteers receive meals and are invited to the Friday night party and Saturday night banquet. Visit canadapondhockey.ca/volunteer/ for details. The tournament runs February 5-7 on Sunset Bay at Deerhurst Resort.