You are here: Home / Community / Expect a great show as Gina Horswood kicks off Porcelain tour in Huntsville

If you’ve somehow missed the powerful voice of Aussie singer-songwriter Gina Horswood, who now calls Huntsville home, you’ll get your chance to see her at her best at the Algonquin Theatre this Friday, May 20, when she launches her new album Porcelain and kicks off a western Canadian tour.

Porcelain is the perfect analogy for the human spirit, she says, and that’s why she knew her song Porcelain would be the title track for this record. “It’s one of the strongest chinas but if you smash it, it will break.” The release for the album adds, the “original songs reveal an alabaster soul that’s cracked but unbroken, a person who’s vulnerable but defiant, a devout atheist seeking redemption without religion.”

The songs are a significant departure from her country ballad roots, says Horswood. “I don’t know how that happened. Songwriting is a subconscious experience most of the time. The turning point was Why Should I Wait?, which was inspired by dinner conversation with the Coles, my adopted Canadian family, and in particular Nana Cole. We have these wonderful conversations about the afterlife and religion and (the song) stemmed from those. It’s in a minor key, just a really different sound than I’ve written in before.” 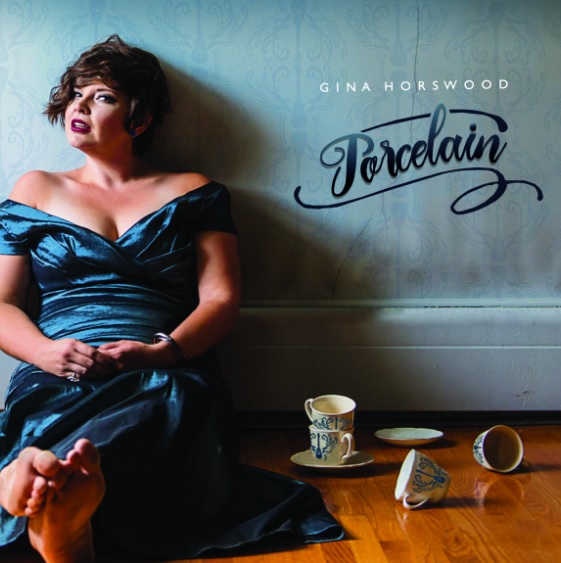 After her plans to work with different producer on the album fell through, Horswood began recording with Canadian producer Andre Wahl, who has also produced records for Hawksley Workman, Amy Sky, and Shania Twain. They recorded the album at an old schoolhouse in Sprucedale. “We converted it into a studio and lived out there for a few weeks. It was a really cool experience and I don’t think we would have got the sound we got without the schoolhouse. It’s this magical little brick building in the middle of nowhere,” says Horswood. “We recorded without headphones so everything was live off the floor. That in itself was a really unique experience for all the musicians involved. And Andre was really good at bringing out the best in me vocally.”

Her personal favourite tracks at the moment – she admits they do change – are Coffee & Gin for the great dynamics created by the musicians, Don’t Let Life Take the Good Out of You which she says is a sentimental choice because it’s about her dad, and, of course, Porcelain.

She’s looking forward to debuting Porcelain at the Algonquin Theatre, an experience she’s excited to be sharing with her sister Melanie Martin who is making her first trip to Muskoka from Australia to sing backup.

“We put out a record as a duo together and then she went off to university and I went the music route. She’s never been here so it will be cool for her to see what my life is like on the other side of the world. And doing a show at the Algonquin Theatre has been my dream since moving to Huntsville.”

She hopes the local audience will enjoy the stories inherent in the songs, their message of hope and the musicianship of the show.

From Huntsville, Horswood will head to Collingwood and Toronto for two more album launch concerts before beginning a round-trip western Canada tour. She’ll be back in Muskoka for the summer and then plans to head east in mid-September for “a month to six weeks depending on how quickly it gets cold and how long we can live in a van for.” She’ll head home to Australia for Christmas and then will wrap up her tour there with a month of shows leading up to the Tamworth Country Music Festival.

Tickets for Friday’s show are available online or at the Algonquin Theatre box office. Learn more about Gina Horswood here.