On Friday, July 29, members of the Huntsville Festival of the Arts and the larger community gathered at The Other Side Studio with a singular goal: pay tribute to their friend and avid arts-supporter, Kareen Burns.

Kareen died in June and a celebration of life was held at On the Docks Pub, but many were unable to attend and the HFA felt another celebration was in order. Kareen’s daughter, Meghan, asked that there be some kind of active component to the event; the HFA chose rock painting in recognition of Kareen’s love of stones and her creative spirit.

Dozens of people participated, some painting stones with the creative support of local artist Helena Renwick, others reminiscing and marvelling at the minimal but powerful gallery of photos that Meghan created.

“Kareen was a great motivator for the arts in Huntsville,” said Anna Gaby-Trotz, who worked with Kareen on her show, The Tiffany Stones. “She saw things in a very different way but she was able to gather people and motivate people to be their best and better than they thought that they could be. You don’t find people like that all the time. She was a visionary in the community in the way that she was able to push people and gather people and go to the right person for the job. She was a really motivating and inspiring person. I think the town and anyone who met Kareen will miss that.”

HFA board member Suzanne Riverin agreed. “She was one of the most inspirational people I’ve ever met and I miss her. But I feel her tonight, and I feel her throughout the summer. She is here, she is with us.” 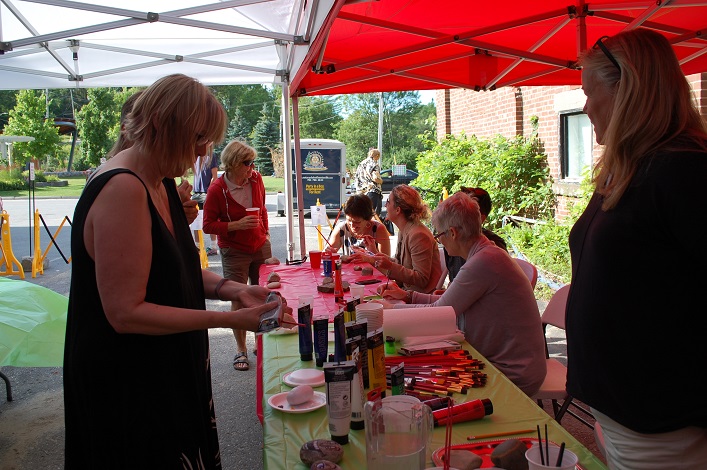 Catherine Cole (left) gathers supplies for painting a rock. Artist Helena Renwick (right) was on hand to help the painters. 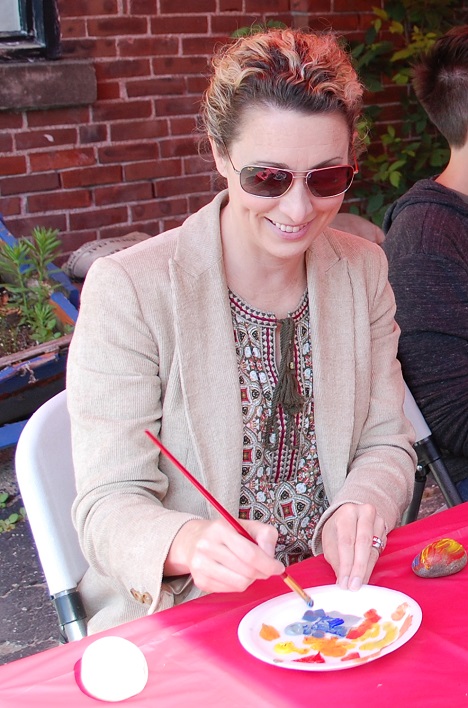 Kyra Watters paints a water and sunset scene on a stone 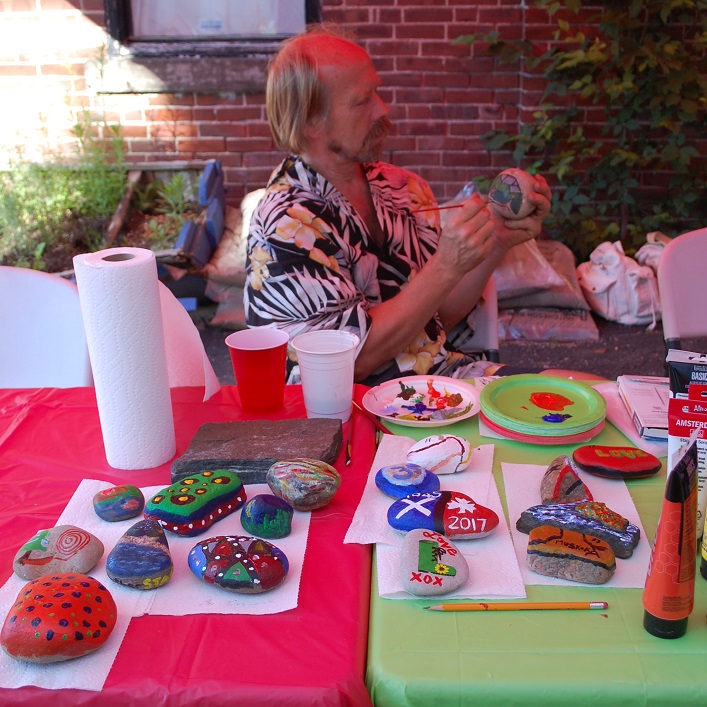 Kareen was a passionate supporter of many organizations and people in her adopted home of Huntsville, and was full of creative ideas for the arts. The celebration, which the HFA called Enchantée, Kareen, was held the night before an event she loved: Nuit Blanche North.

“Every time I turned around (this week) I wanted to ask Kareen what she thought about this idea or that idea,” said Renwick. “It’s so great that we have this event tonight to celebrate all that she gave to us as a community. It’s a beautiful tribute to her.”

Part of that tribute was a gallery of photos from Meghan – mounted on large stones created by Diane Thoms – many of a younger Kareen than those assembled knew. But, still, her personality shone through.

“When I saw the pictures of her when she was married, I thought, she had a life that you have no idea about,” said Rob Saunders, HFA’s general manager. “You think you know a person, but you only know such a piece of their life. There’s so much you don’t know and you kind of wish you knew a bit more. I’d love to know what she was like at that time in her life.” 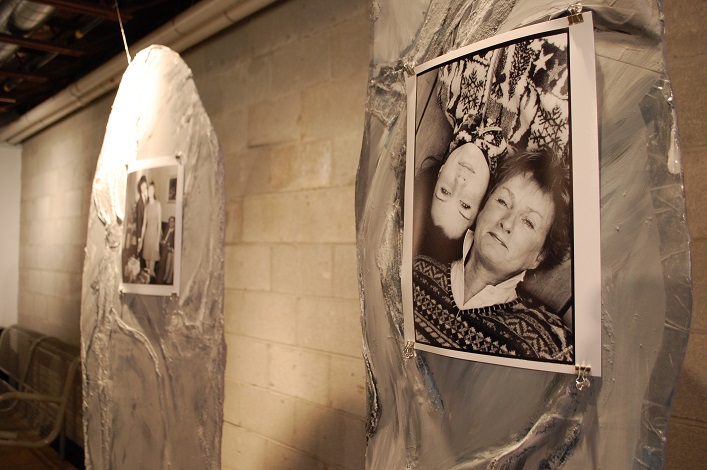 Kareen with her daughter Meghan 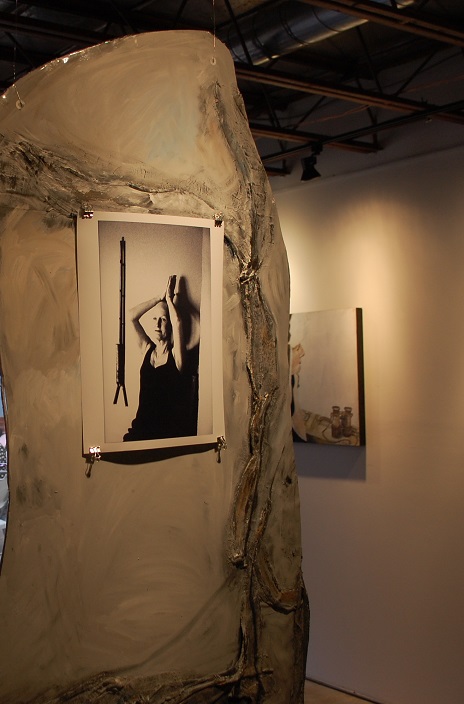 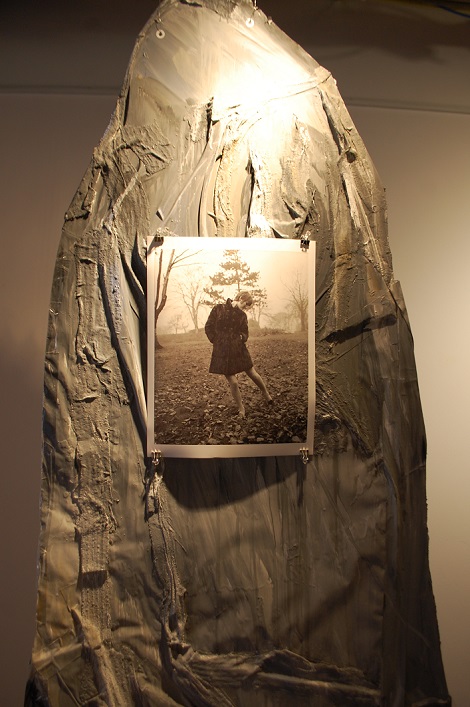 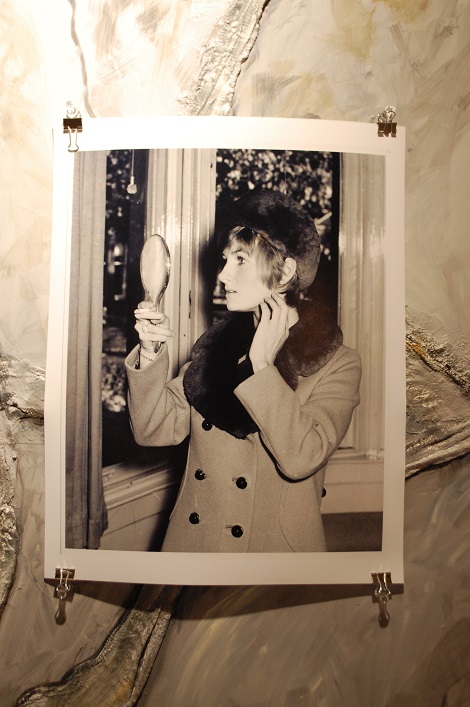 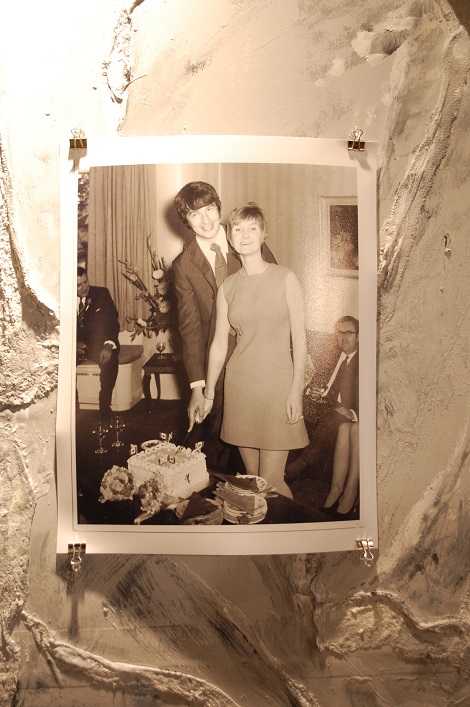 Kareen on her wedding day

The HFA plans to place the painted stones around Huntsville with a note affixed to each instructing anyone who finds one to take a photo and upload it to a Facebook page that they’ll create for that purpose. It will be just one lasting legacy – the Festival plans to create an endowment fund for an annual fringe award worth $1,000 for the creation of fringe events in Kareen’s name, and local sculptor Brenda Wainman Goulet is creating a bronze sculpture from Kareen’s Wellington boots.

“I think (this celebration) is a great way to honour her,” said HFA president Karen Cassian. “I think she would have loved it. The minimalism, the photos, she would have been really proud of her daughter. We feel like we’ve honoured her. She will be missed.”

Note: an earlier version of this post neglected to mention Diane Thoms as creator of the stone gallery. We regret the error.