You are here: Home / Business / Best Ever nuts and seeds are a truly handcrafted in Muskoka snack

It started as a family recipe that was born of a desire for a healthy, energy-sustaining snack and was perfected until it became the ‘best ever’ version. Now, Best Ever, a locally crafted mix of nuts and seeds, is available at retail locations throughout the Huntsville area and is expanding to other areas, too.

Getting the snack to market has been “a labour of love” says Matt Richter, who has taken a leave of absence from teaching to take Best Ever from local farmers’ markets and into stores.

He and his wife Kailey did some research and realized they could alter a recipe they had for breakfast granola. They began substituting different ingredients until settling on a completely nut and seed-based recipe. The recipe evolved over several years and every time they made a change, they would taste it and say ‘this is the best ever’. When they decided to begin selling it, the name stuck.

They also refined the process used for preparing the snack, switching from roasting at a high heat to soaking and dehydrating the ingredients to make them more digestible and maximize their nutritional content.

“We took the ingredients we knew were going to sustain our energy and maximized how to prepare those,” says Matt. “(Our process) protects the digestive and metabolic enzymes of the nuts and seeds which would be killed by roasting them.” As far as he knows, Best Ever is the only nut and seed product available locally using soaked and dehydrated nuts and seeds, and one of only a few across Ontario.

We were focused on making something that would be exceptionally healthy and tasty at the same time.
Matt Richter

The production of Best Ever is very much a one-man show for now, with Matt working alone in a commercial kitchen to create each batch. Every bag is the result of more than 30 hours of production time – 12 hours of soaking, 18 hours of dehydrating and the time Matt takes to chop the nuts and add in maple syrup and coconut oil for added flavour and sweetness. “It goes above and beyond the typical corporate level snack item that gets steamrolled through roasting ovens at high heat in a very automated process. We’re very proud to say handcrafted in Muskoka on the front of the packaging.” 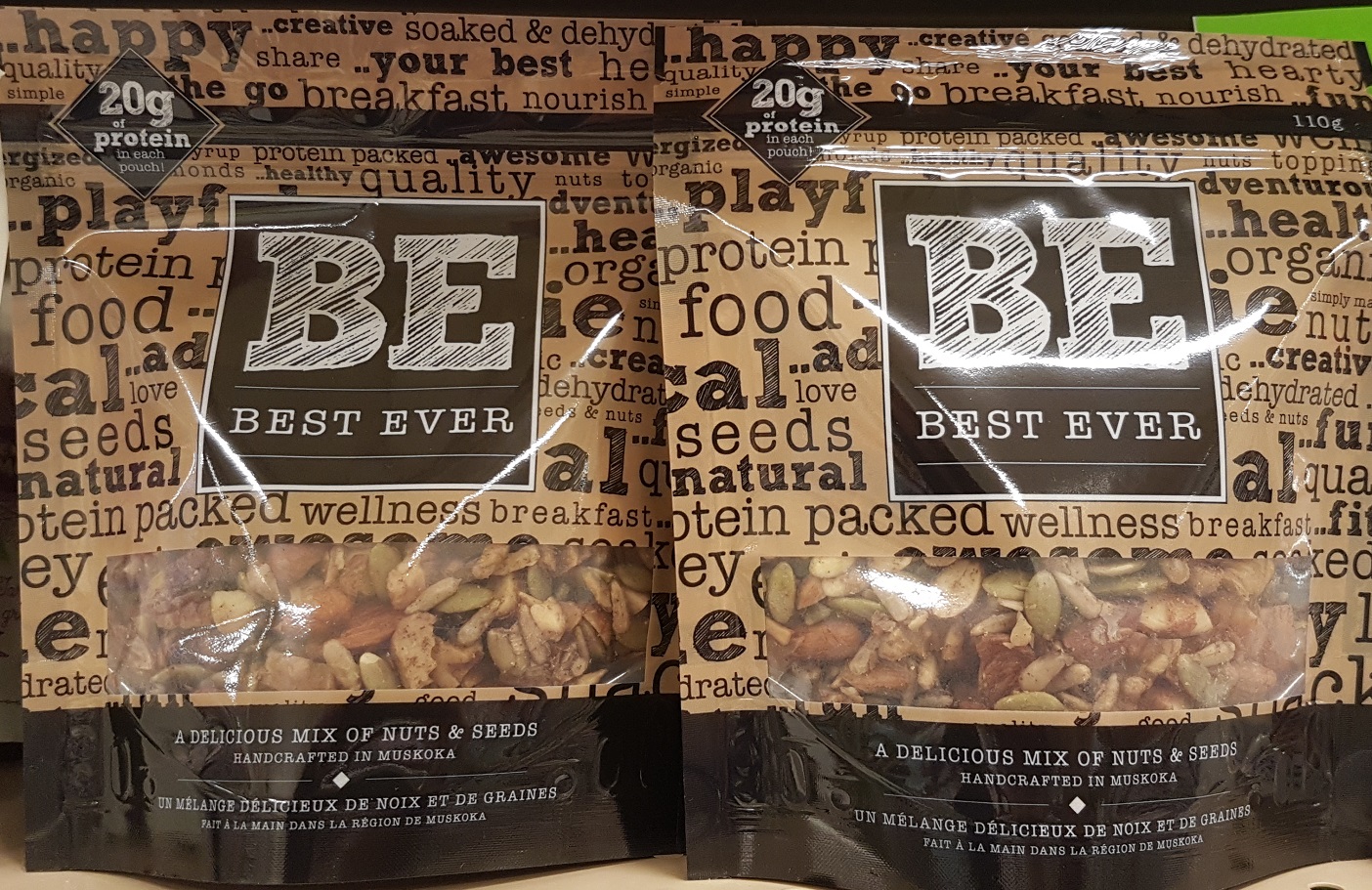 Matt is aiming to expand distribution of Best Ever throughout Muskoka and into Barrie, Orillia, the GTA and the Horseshoe area. To do that, he’ll have to finance more dehydrator space.

Within the next two years, Matt hopes to work with other local businesses to combine resources for distribution and cross-promotion, and he hopes to hire employees for production, marketing, and delivery.

Consumer reaction to Best Ever has been positive. “I don’t want to sound too confident or too proud, but we’ve been really pleased with the feedback,” says Matt. “They’re saying it’s really addictive, and that they can’t believe something that healthy can taste that good.”