You are here: Home / Community / A shoulder to cry on, an ear to listen: Tom Brown has a beautiful gift

More than once, Tom Brown has saved someone from taking their own life.

He’s Huntsville/Lake of Bays Fire Department’s 62-year-old chaplain, a volunteer position he’s maintained for almost 15 years. He’s seen a lot of crazy stuff and helped a lot of people along the way. He also spent over 37 years in the public works department for the Township of Lake of Bays until he retired in 2013.

At first, Tom seemed a bit reluctant to talk about himself. (In my head I’m thinking, there’s this reoccurring theme with these selfless locals who don’t want to toot their own horn.) It’s the firefighters who are the extraordinary ones, he says. Their job is ever-changing. His stays the same.

When he started to receive training to become a chaplain, he took a course in New York City. The hands-on training couldn’t have been more useful, not to mention intense. He was at Ground Zero, the site of the 9/11 attacks in December 2001. He was there for two weeks. It was like two years of training condensed into a two-week time period. The flow of learning was constant and there was always someone who needed to talk.

“It made me more aware [as a person] and it was great training for real life for sure. My job was at a feeding station, which was right across the road from Ground Zero. It was a little place called the Hard Hat Café. I helped feed people for eight hours a day. I’d talk to firefighters and other chaplains. The morgue was right behind there. Everyone would come for coffee and I’d talk to firefighters in the hole who were down digging in there. You never stopped. You’d always wear your badge. You were never off duty.”

His visit to the grounds of 9/11 left a lasting mark. It took Tom over two years to recover.

The smell of death is something you never forget. You can always smell it. You have to get those images out of your mind and you can’t talk about it for a while.

“You need to ‘get better,’ I call it, psychologically. I did presentations about it [his 9/11 experience]. I was fine with that. But I couldn’t go through details.” 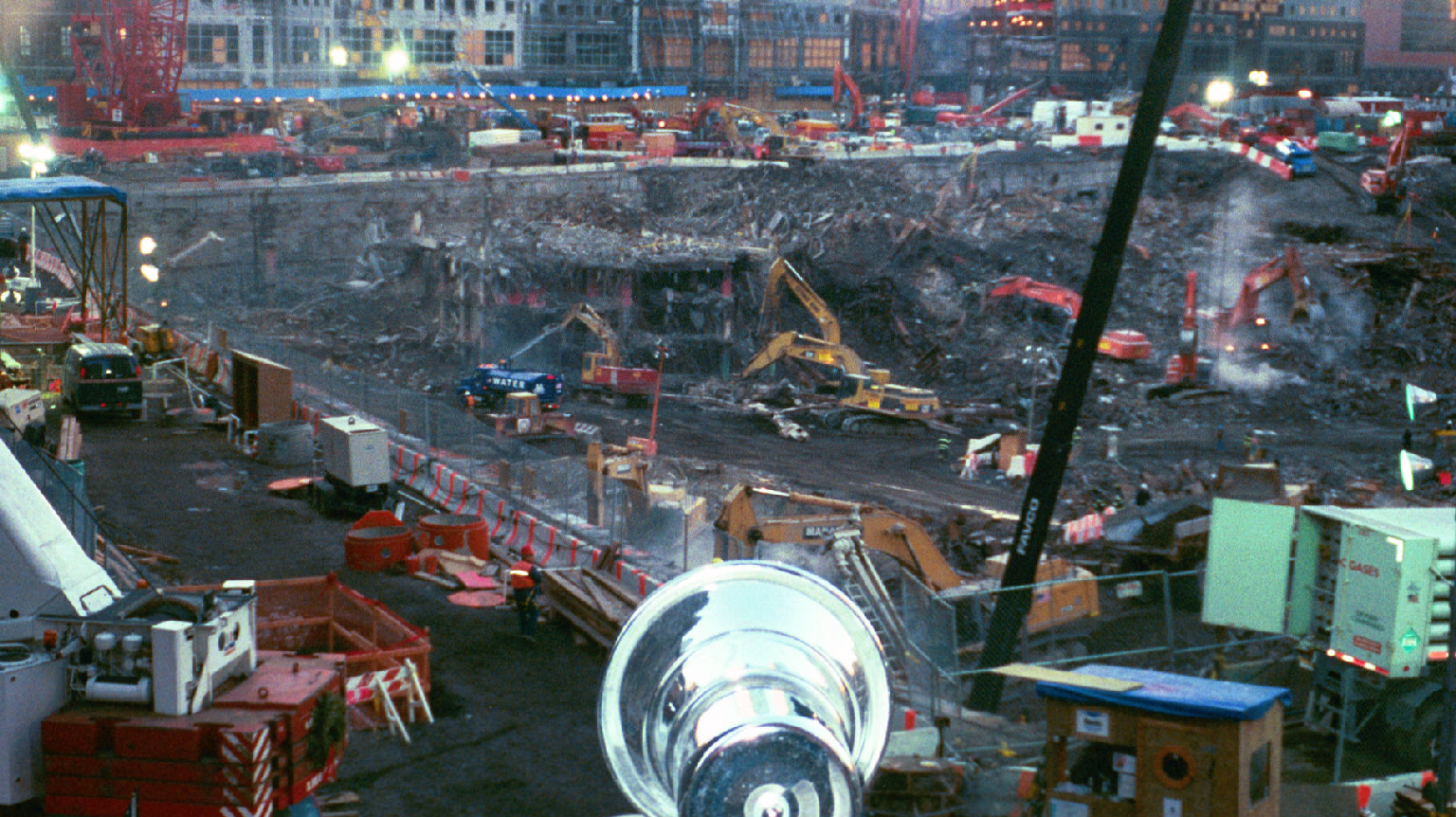 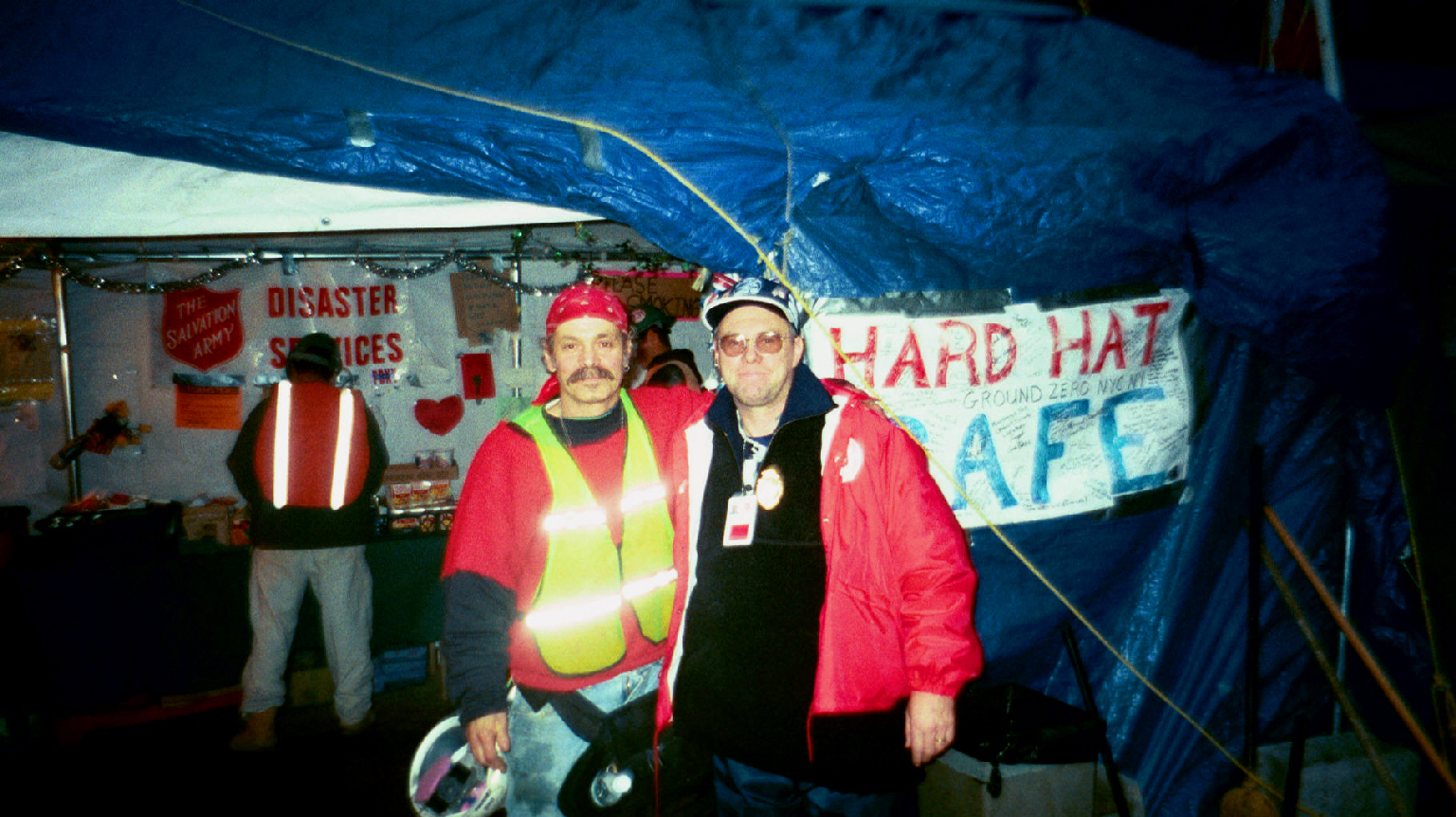 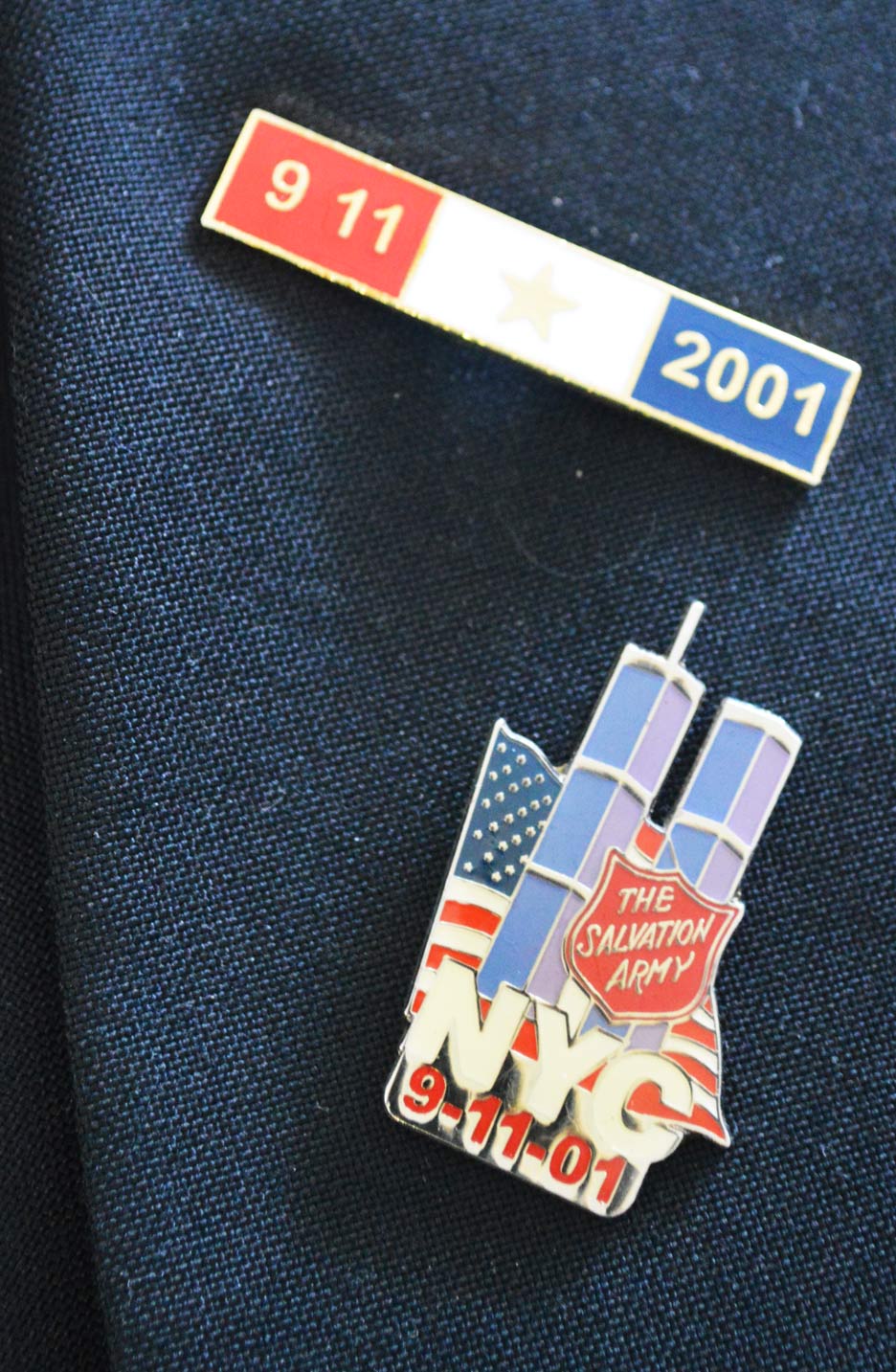 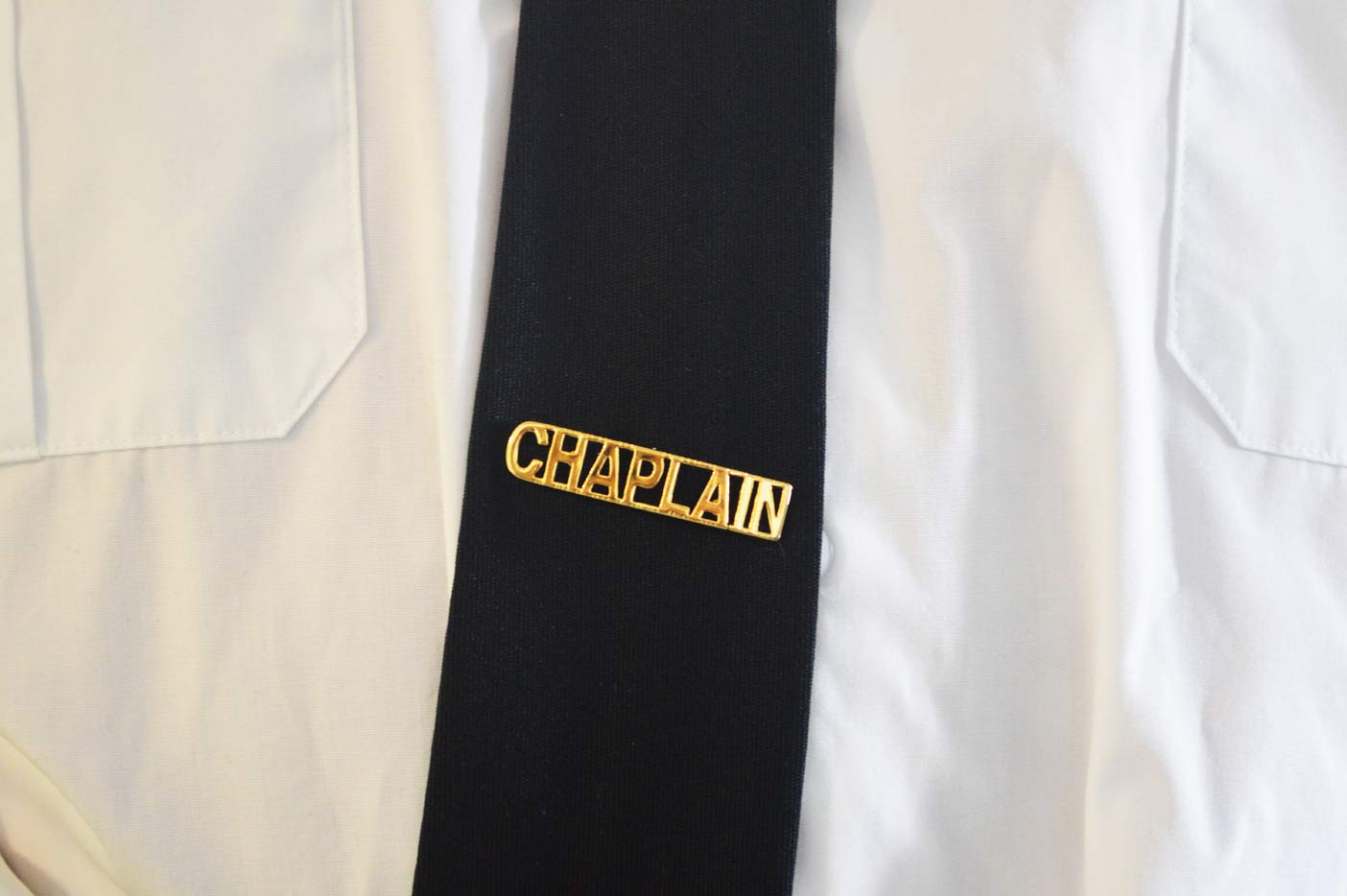 (Clockwise from upper left) Ground Zero looked like this when Tom visited New York as part of his training to become a chaplain (photo supplied by Tom Brown); Tom wears his special pins he received after training to become a chaplain during 9/11; He’s got an important job and wears a beautiful gold pin with pride; Tom with a gentleman from New York who assisted in getting people acquainted with the big city during their stay (photo supplied by Tom Brown)

Tom recalls a memory of his fateful visit to the 9/11 grounds. A “great big guy” approached him. He looked upset and then he started crying on Tom’s shoulder. You never forget that kind of stuff, says Tom. It gets deeply embedded in your memory bank.

I ask Tom if he’s comfortable continuing with our interview because, really, the last thing I want to do is make him rehash on things he’s been trying not to think about.

“It’s starting to bring back memories… but I’ll be okay.”

It was five years of part-time studies before he officially became a chaplain. It was very intense, he says, and he often wondered if he would, in fact, make it. But it’s what he wanted to do when he retired. He’s always had a connection with God, and it fit in with his life. He’s always had a desire to help people.

I let Tom know that I’m an emotional person. If I hit a squirrel on the road in my car, I’m a mess. I admit I’m a bit unstable like that. Surely it takes an emotionally stable individual to take on the job as a chaplain is what I’m getting at.

“I would say you need to be able to shut your emotions off to a degree. You have to know people. You need to help people out to get them on track. And the older I get, it takes me more time to recover. One of the ways of describing it, if somebody is suicidal, and in a dark place and you’re edging out to rescue them, it’s important to have a rope to pull yourself out.”

He speaks highly of the “extraordinary brothers and sisters” he works with and he feels honoured that he’s part of the team. It’s a real feeling of family.

Hanging on the wall inside Huntsville’s fire station is Psalm 91:1, which makes the significant 9/11 reference. It reads, “He who dwells in the shelter of the most high will rest in the shadow of the almighty.” It’s something for the firefighters to reflect on. It offers a bit of protection.

Tom has no plans of slowing down anytime soon. He’s got an important job that he truly loves.

“God’s given me a gift and I just can’t ignore it.”