Every week, we’ll be sharing a vintage photo and asking our readers to chime in with anything you can recall about the photo, other related memories, or even a funny caption.

Have some vintage photos of your own? Send them to huntsville@doppleronline.ca and we may share them with our readers!

Do you recognize this Main Street building? Do you know any of its history? (Photo courtesy of Huntsville: More Pictures from the Past, a project by the Heritage Huntsville committee) 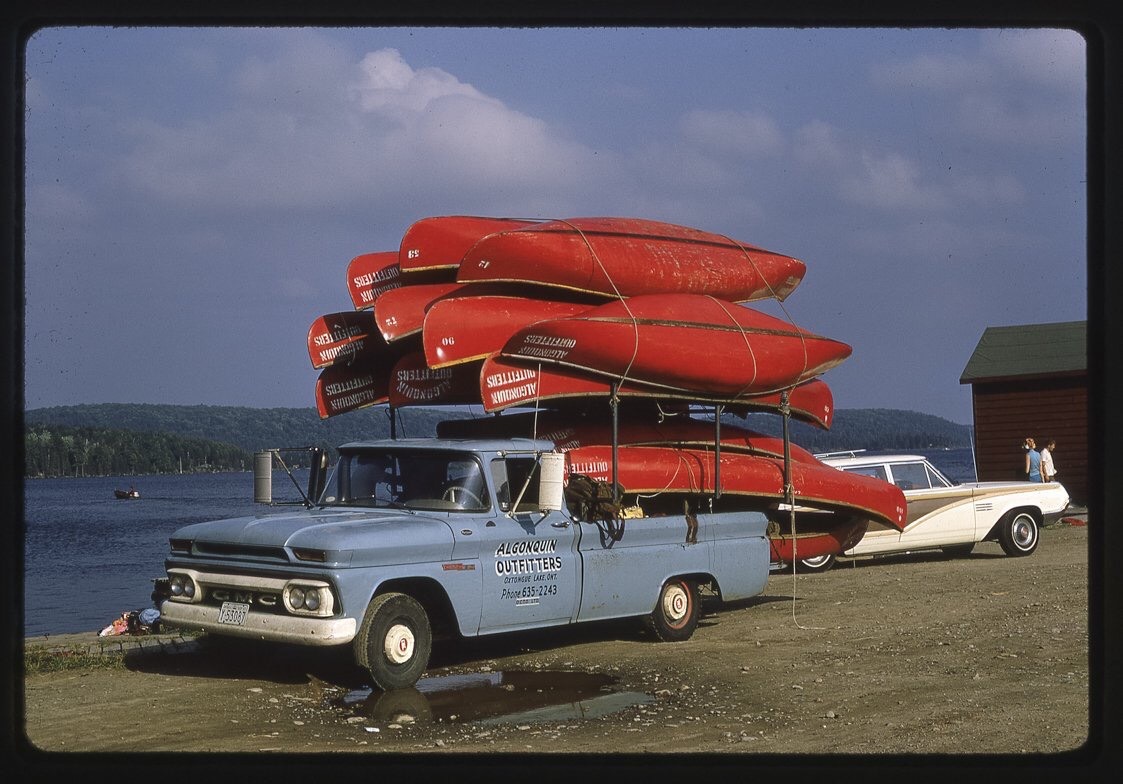 “So much has changed in Algonquin Park since (then),” says AO’s Marketing Manager, Randy Mitson, who supplied the photo. “This parking lot may not even exist anymore. It’s a north facing larger lake in Algonquin Park so that means most likely north of Hwy 60.”

Randy thinks it might be Tea Lake; Gord at AO disagrees. Doppler readers guessed that it could be Smoke Lake or Opeongo.

Peggy Hurley says: “I worked at AO during this period. I believe Jeremy Phillips was the driver and the pick up location was Opeongo Lake Access point.”

Jay Faulkner tells us that “Larry Zimmer stacked those prospectors. He was an expert at that and still holds the land speed record from Oxtongue to the Bayview Hotel!!”

And Bob Forde noted that “If you look close through the windshield through to the passenger window, it looks like Larry Zimmer tying them down, in his famous ‘Tripper’ hat.”

For know, the mystery of this photo’s location remains unsolved. If you have details to add, make a comment below!

(This photo was originally posted by @nfocalypse on Twitter back on September 4, 2018.)