You are here: Home / Entertainment / Sound and Sight: Amy Wallace

Of all the musical gifts bestowed upon the human family, the most precious, and in many ways the most challenging, is the singing voice. Not only does it take years of hard work to master, the refinement of its finite depth of expression is a pursuit that only those possessed of grace and stamina choose.

Amy Wallace, the powerful soprano from Huntsville who has chased her dreams to become a world-class operatic singer since childhood, has embarked on an added dimension of her musical journey as a songwriter, with her soon-to-be-released new album, New Dawn.

From her earliest memories, Amy’s deepest desire, her most prized love, was to sing and perform in the company of the world’s greatest operatic voices. To do so, she practices her art daily. Although she has applied, unsuccessfully, to many operatic vocal schools, such as the Glenn Gould School at the Royal Conservatory of Music in Toronto, Amy has had to develop her skills primarily through self-study and practice. No matter these setbacks, she continues to build a steady repertoire and always prefers to see the bounty and the opportunity to strive forward in every disappointment.

Amy has established herself as well-known stage actress in Huntsville, with highly praised performances in local productions of Phantom of the Opera, Aida, and Joseph and His Amazing Technicolor Dreamcoat, for example.

She also won ‘Huntsville’s Got Talent’ in 2017 and received an Albert E. Furtney Scholarship from the Huntsville Community Choir. Even with these accolades, nothing prepares a listener for the mastery, control and lachrymosity of Amy’s vocal superiority. Listening carefully to Amy’s arrangement and interpretation of the classic  “Ave Maria” on her album Classics & Arias, will render most speechless, as she pirouettes and soars though cascading notes, free to explore what only a vocalist with her range and command might express.

The persistence to reach for higher standards of excellence is a compelling model for any achievement in life. Ms. Wallace amply demonstrates the willingness and the aptitude required to aspire to higher goals. While she continues to train daily and seek out performance opportunities, Amy has turned her attention more toward self-production and songwriting, not only as a challenge, but to find avenues to present her art to larger audiences.

Her only recorded work thus far is her 2015 album, Classics & Arias, which presents various arias and traditional hymns showcasing her beautiful voice, accompanied by a sole piano.  It is a work of stunning prowess—intimate and stirring. Her genius and gift fully exhibited in a sparse-yet-moving portrait of a singer only at the beginning of what must surely be a journey to great heights. What is most notable, of course, is that many most beloved arias are written and performed in Italian, others in French. Not only are the scores demanding but Amy must also communicate effortlessly in the language of the piece’s origin. There are some lovely moments on this debut album and a few shattering sustained notes that will ricochet in your thoughts long after the music fades. 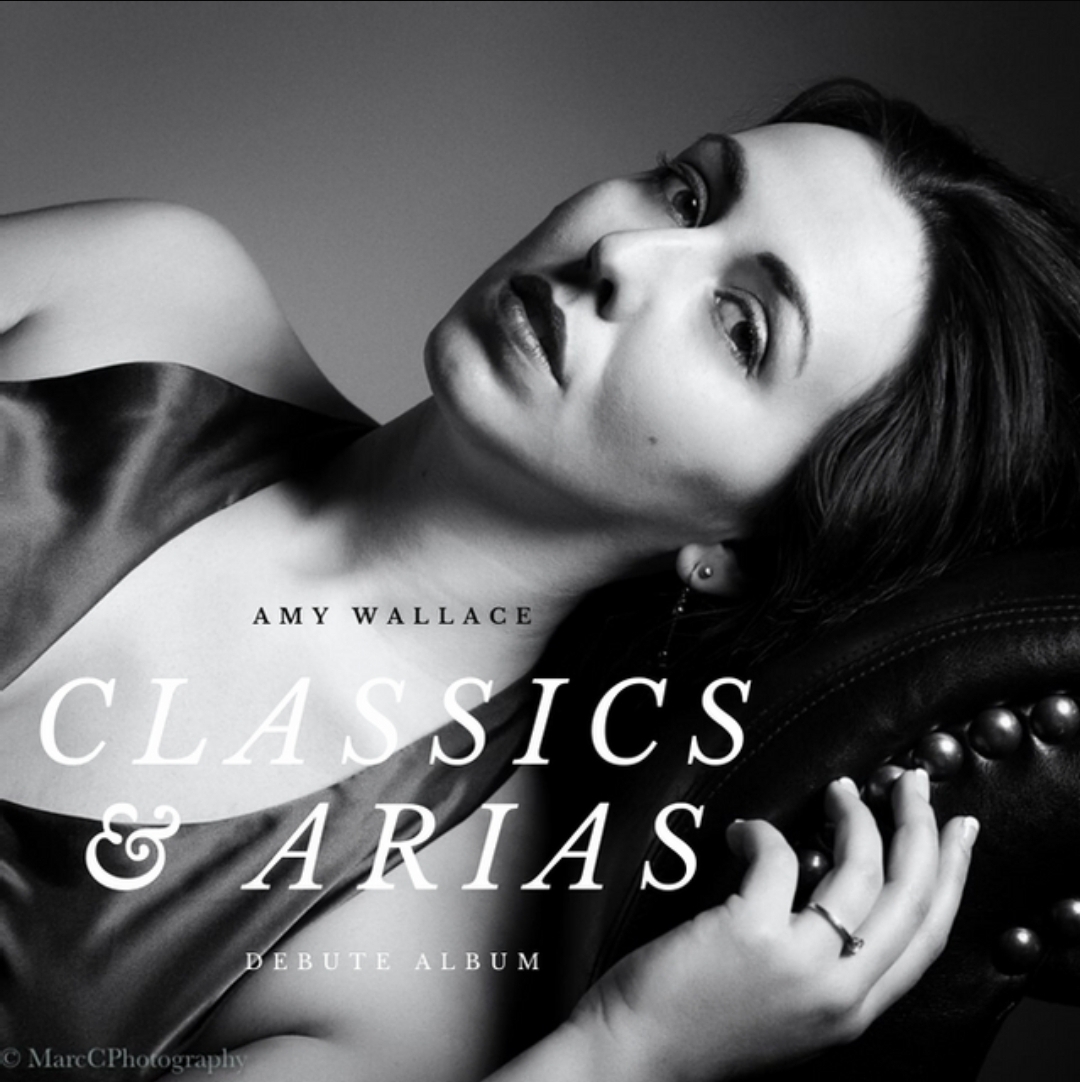 Amy Wallace has taken all her training, language proficiency, and musical gifts and begun to work with her brother, Christopher, on the production of her second, soon to be released album, New Dawn. The album promises to reveal an aspect of Amy’s creative life that she has guarded quietly while she developed as singer and stage actor. She has kept an ongoing collection of notes and melodies since her high school years. As time moves and loved ones pass, she finds herself wishing to express her feelings about those who have meant so much to her. The vulnerability that comes from opening up to imaginative expression is something both new and familiar to her. Certainly through her distinguished song adaptations, she has inhabited the emotions of some of the greatest music of all time, but to find her own unique voice in her own words, in her own experience, is a formidable adventure. Amy realizes that it’s time to find that path and take it further.

With her brother Christopher’s help and encouragement, Amy has begun to thread together a collection of songs which represent her memories, loves, and admiration for those individuals and circumstances which have supported her own growth and progress. On her debut song, “Red Rose”, Amy amply confirms her forte as a songwriter. The song that many have described as uplifting, inspirational, and healing is primarily focused on the love of those who have left us behind. More specifically, “Red Rose” is dedicated to her friend, mentor, and champion, James Carroll, who succumbed to illness in 2016. Carroll was a journeyman comedian, actor, and radio host who made Huntsville his home to be with his young daughter.

Those who knew Carroll were always struck by his largesse of spirit and infinite kindness, particularly to those trying to find a life in the creative arts. His insightful sense of humour could alleviate any and all anxiety, which in turn often lent confidence, sinew, and verve to young and old performers alike. James Carroll brought the best out of any situation. That his friendship and mentorship of a young star like Amy should be so inspirational must not be overlooked. Carroll had a clear eye for those with stellar ability.

“Red Rose” is a poetic anthem, sung touchingly, produced with such loving orchestration that one would think it was made in a Toronto Symphony soundstage. As an introduction to Amy’s songs, this song, which is so beautiful, crafted, the lyric video so expertly edited, it makes it abundantly clear that a star is rising mightily.

Amy Wallace is a boundless talent with the heart of lioness devoted to making her dream come true. Her work and art is a shining example of the inner resolve that guides the successful and inspires us all.