It was part of Off the Wall: En Plein Air, an annual event that raises funds for bursaries for Muskoka-area art students heading into post-secondary education. Organizer Kelly Holinshead decided to challenge the artists with something different this year.

The results were stunning.

“At first I wasn’t sure how I was going to approach it – do I paint a painting on it or do I make it look like a canoe?” said Gerry Lantaigne, who painted not one but two canoes for the event. “I thought, I’m going to paint a scene, I’m going to paint birch trees on my birch bark canoe. For the second one, the idea I really wanted to work with was to make it look like a war canoe.” To maintain the natural look of the birch bark, he clear-coated them prior to starting.

Lantaigne says he would have loved to receive a bursary when he was a young artist. “If they had bursaries like that for myself and other people it would have been a heck of a lot easier to pay for tuition and get supplies. What a great thing. Kelly has done an amazing job.”

Naomi Brinkhof, who often creates works in clay, was new to the event this year and chose an earthy theme. “I was thinking of what the canoe would go through: a wetland. And because of the Tom Thomson connection, I wanted a sepia, earthy tone so it looks like an old photograph. You can almost smell the fall.”

Some of the artists, like Donna Parlee, have participated in every En Plein Air event. She was excited about the new 3D canvases.  “When you think of canoes you think of water. Normally I’m a landscape artist but I just wanted to do something a little bit different,” she explained while drawing on her canoe. “With the birch bark being such a natural substrate to work on, an organic, flowing pattern just seems to work with it. I was up half the night thinking of this!” 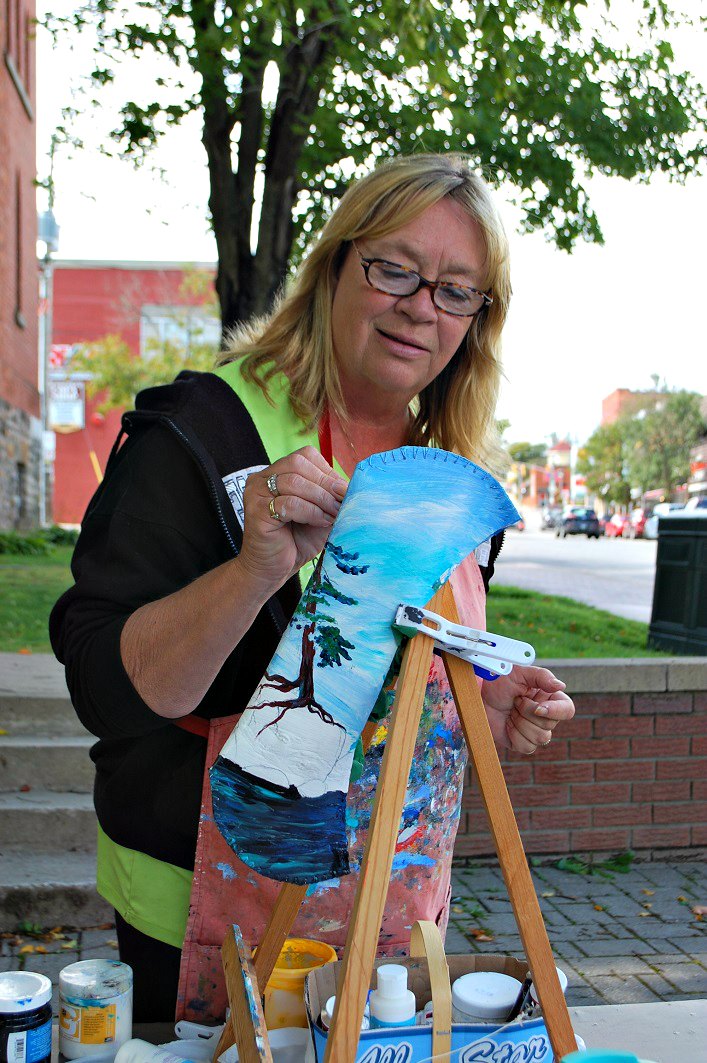 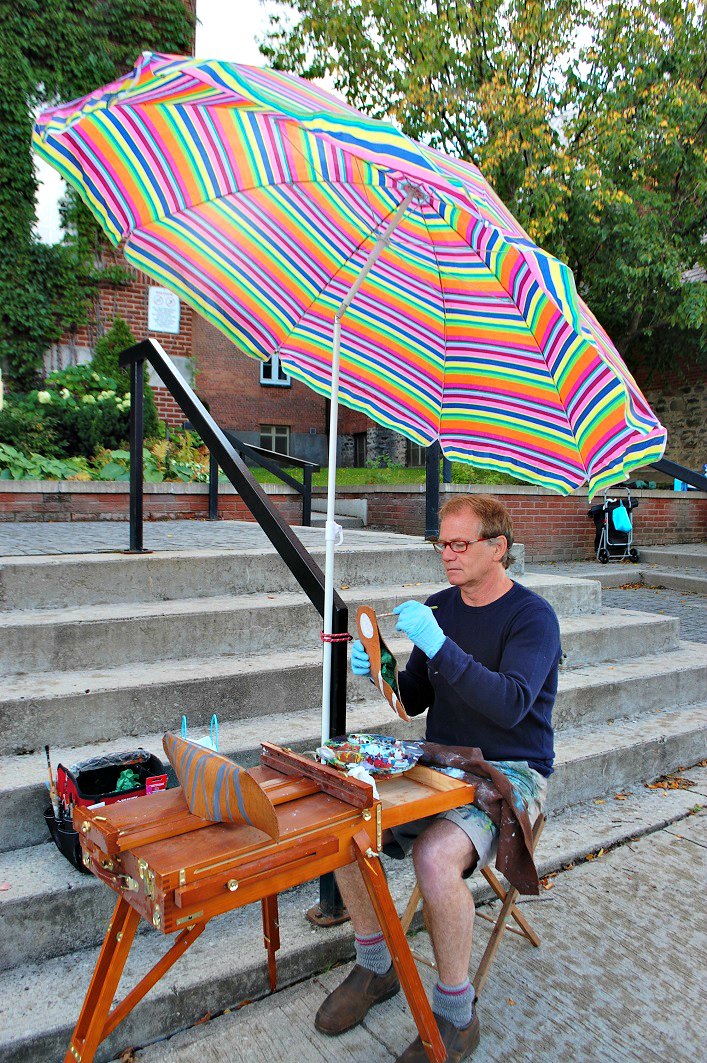 Gerry Lantaigne decided to paint one canoe with a forest of birch trees, and the other like a war canoe 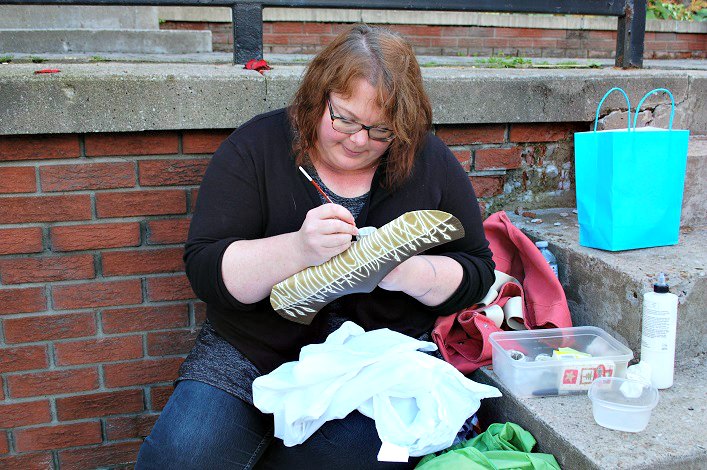 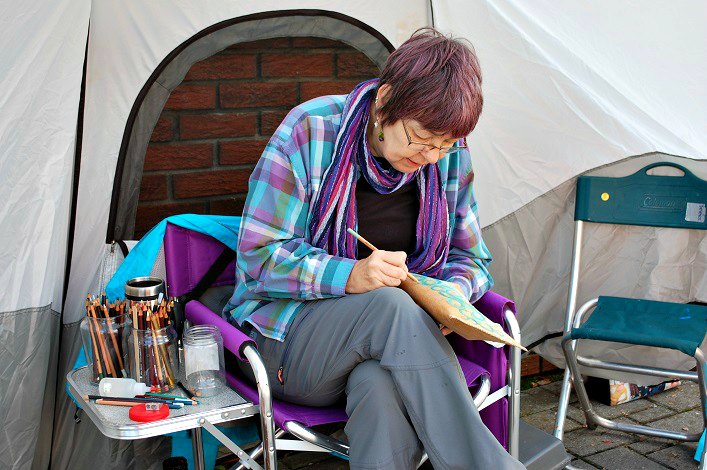 Donna Parlee challenged herself to work with pencils rather than paints 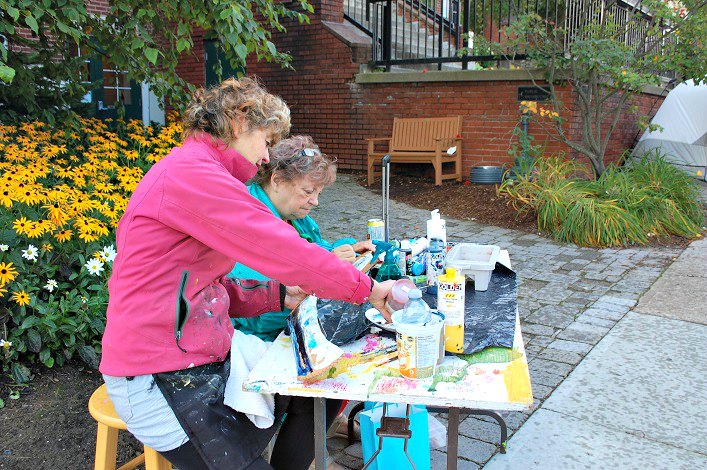 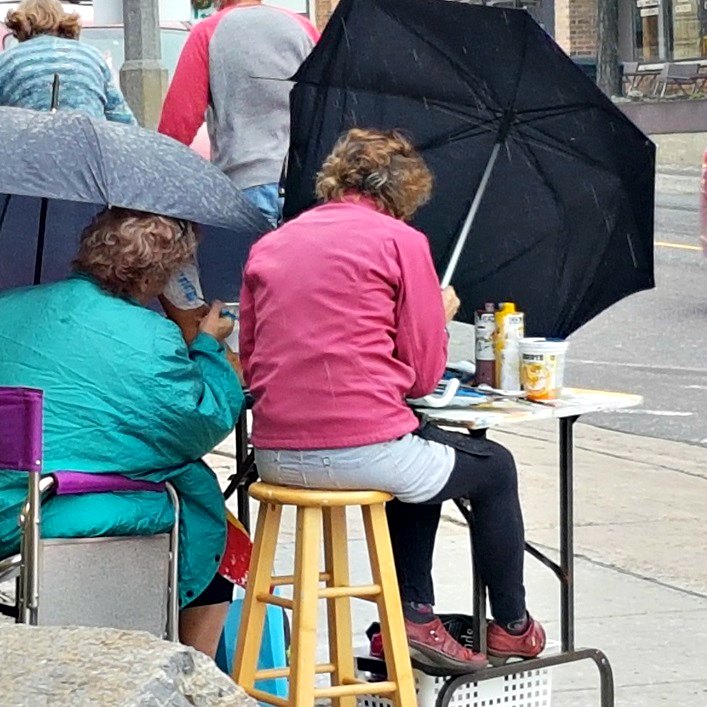 Also new for the event was the auction that followed. In the past, a live, on-street auction was held at the end of the event. This year, a soirée and silent auction preceeded an encore performance of When Winnie Knew in the Algonquin Theatre. 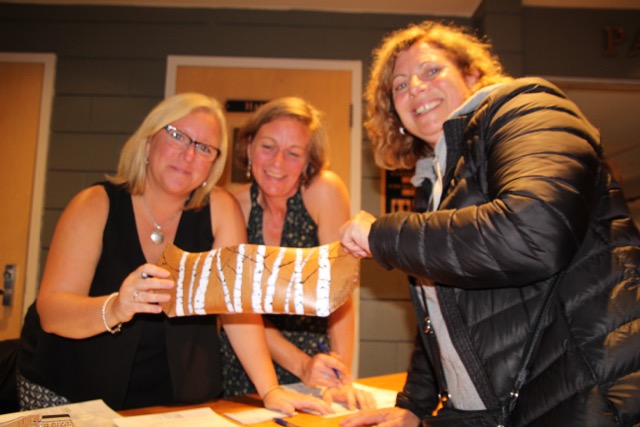 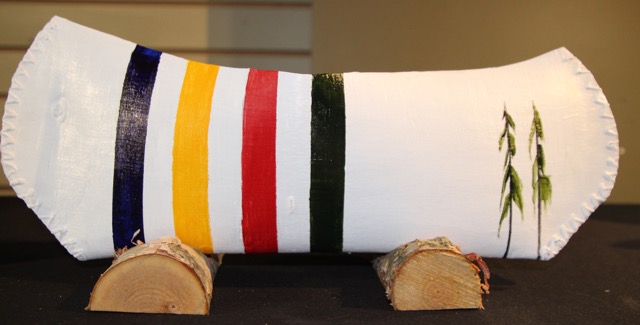 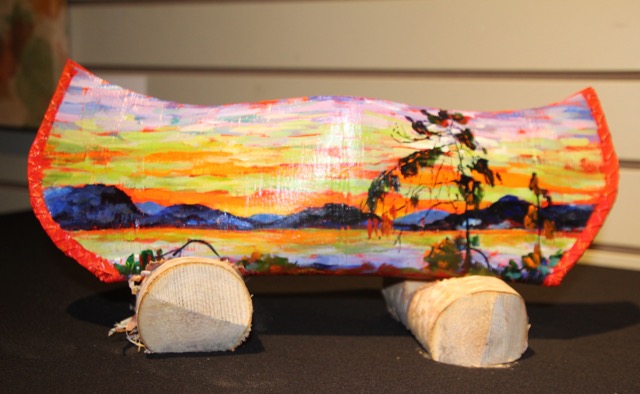 By Catharine de Montmorency
Organizer Kelly Holinshead called the evening a really big success.
“The canoes raised nearly $2,000, which is terrific given the new style and there were only 15 canoes as well – typically we have about 25 paintings… I was really pleased with what the artists did!”
Discussions are already in the works for next year’s event.” I really like the idea of creating an event surrounding the auction,” said Holinshead. “(We) do want to keep an evening gala/event alongside the auction.” The auction may be moved to a day later than the painting occurs to give organizers time to share the creations with the community to encourage participation in the auction.
Holinshead said that she likes the 3D objects and will likely continue with that format in the future. “They are different and challenging for the artists and one of a kind for the buyer. I’m really happy with the inaugural attempt at this new format.  Looking forward to making it better next year!”