You are here: Home / Uncategorised / A Sponsored Profile / Hondo’s post-retirement plan: helping you Find Your Wild 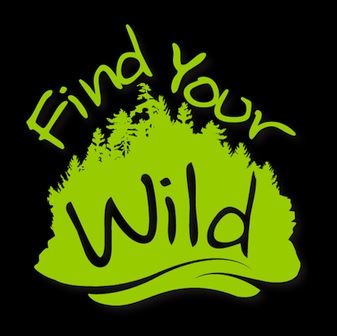 Jamie Honderich, a.k.a. Hondo, isn’t the kind of person to sit around. So when it came time to ponder his ‘freedom 55’ retirement plan following his career as a geography teacher at Huntsville High School, he knew exactly what he wanted to do.

“I promised myself that if it’s not outside, I’m not doing it,” he says of his post-retirement life coming at the end of January. “I’m not counting down and it’s more of a transition than retirement. I love what I do but I’m excited for this.” This is Find Your Wild, an outdoor-based adventure programs company that Hondo created to share his love for the outdoors.

In many ways it’s a natural extension of what he’s been doing, what he’s always done. In addition to classroom teaching, Hondo has also run school eco programs. He’s been a coach and a mentor. He’s been a wolf and cougar researcher. And he spends as much time outside as he can, always.

Find Your Wild will mostly use wilderness as it presents itself and give people “the chance to explore easily accessible wild space,” says Hondo. 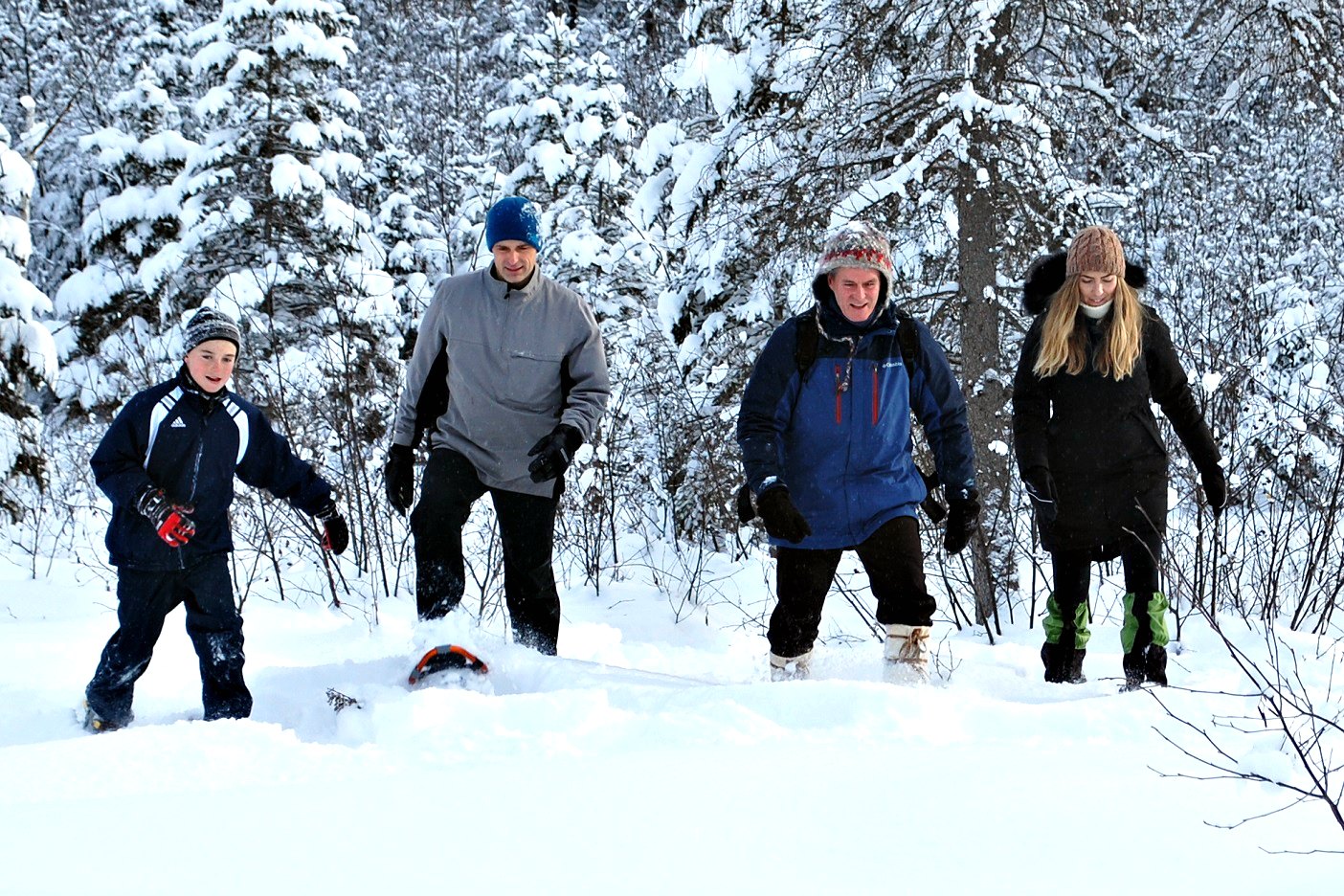 Find Your Wild’s winter programs are all done on snowshoes. Hondo (second from right) leads (from left) Braeden, Graham and Vanessa on a wilderness adventure. 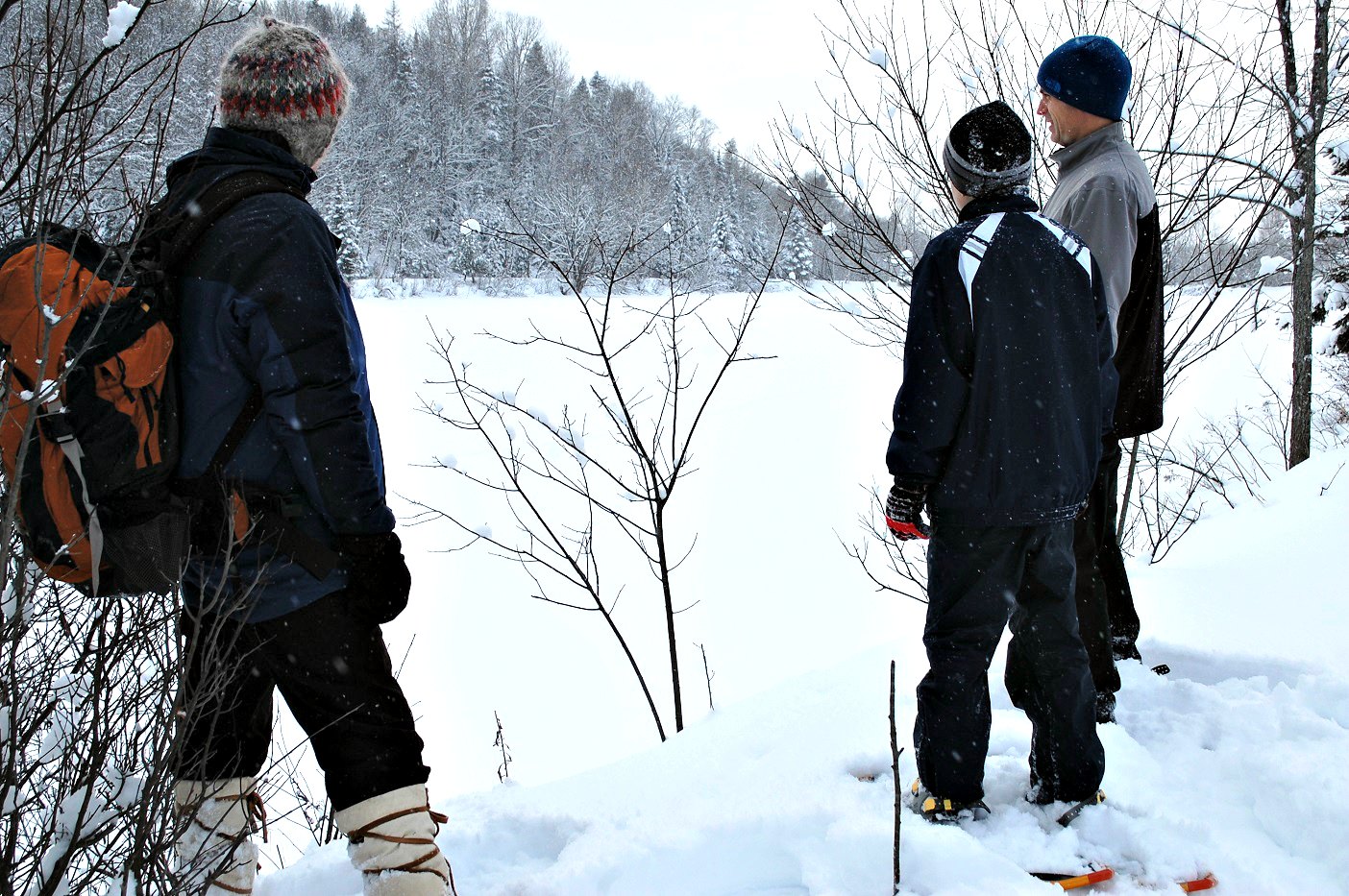 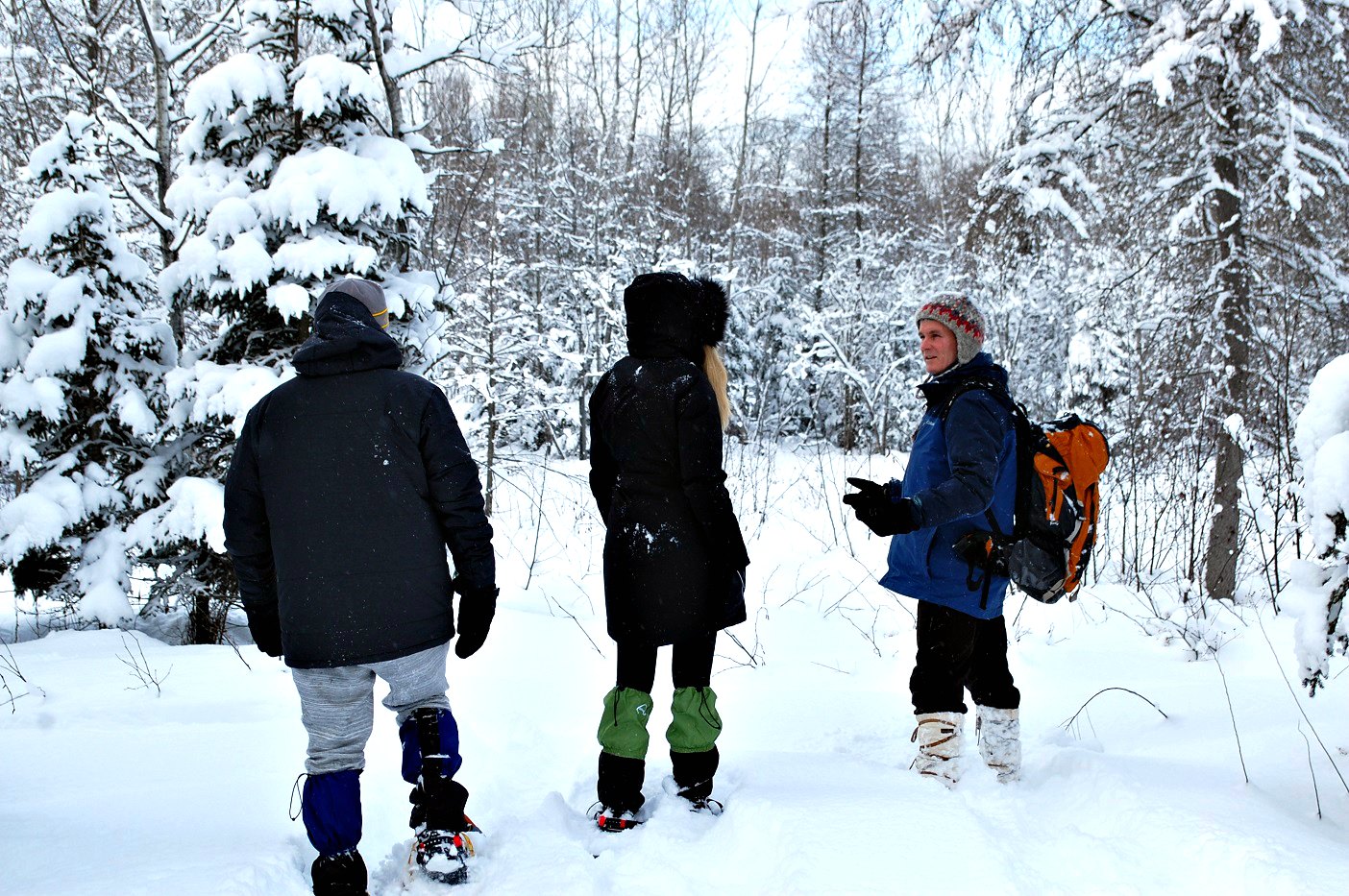 Many of the outdoor programs will occur on an 80-acre property east of Huntsville – Morgan Acres, also home to Morgan House Bed and Breakfast and Wool Works – that Hondo shares with his wife, fibre artist Pam Carnochan. It’s a stunning place with rolling hills, ponds, mixed forest, and lots of wildlife including deer, fox, hares, and wolves.

Find Your Wild’s programs are geared toward teens and adults and are ideal for friends’ getaways, family reunions, corporate retreats, and wedding parties. They’re taught by the ‘Wild Ones’ – Hondo, of course, along with a carefully chosen team of outdoor educators.

There’s a wilderness scavenger hunt, a back-country bush challenge, and a predator-prey survival game. In the winter, program participants are provided with snowshoes.

Hondo has also planned some Algonquin Snowshoe Safaris in Algonquin Park in partnership with Algonquin Outfitters. “We’ll take small groups out into the park and follow animal tracks and look for other signs in a variety of ecosystems,” said Hondo. “Footprints make tracks and tracks tell a story.” 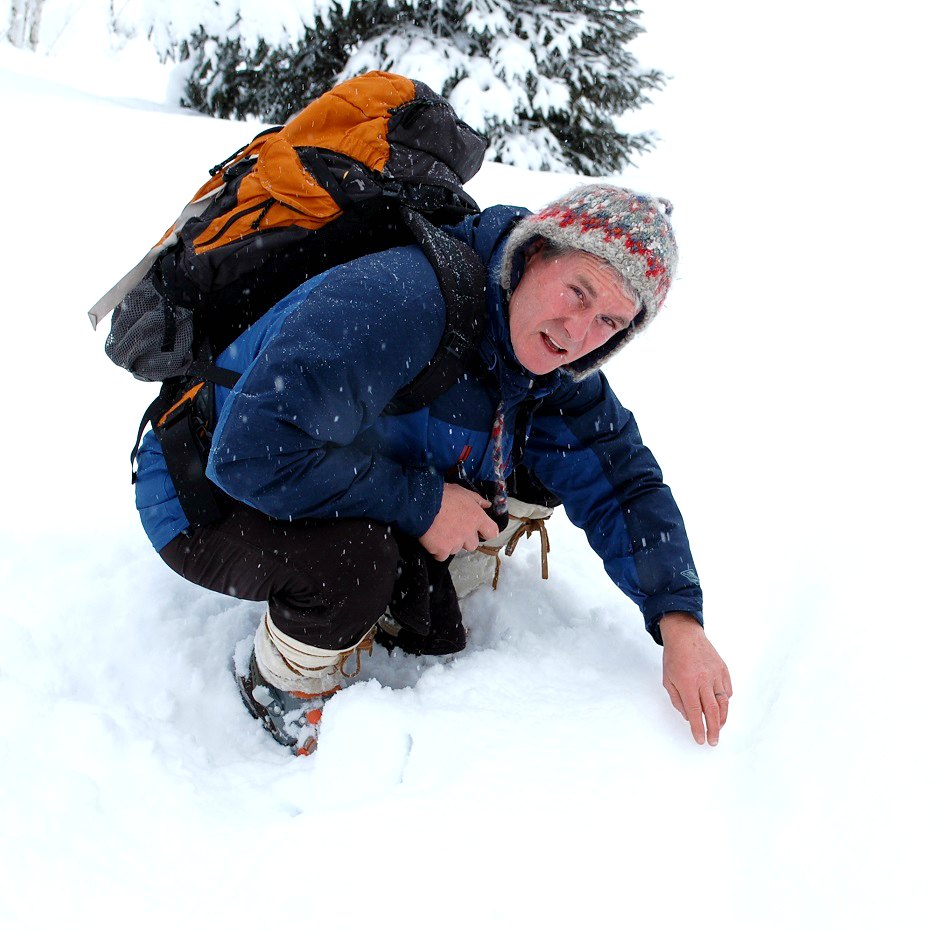 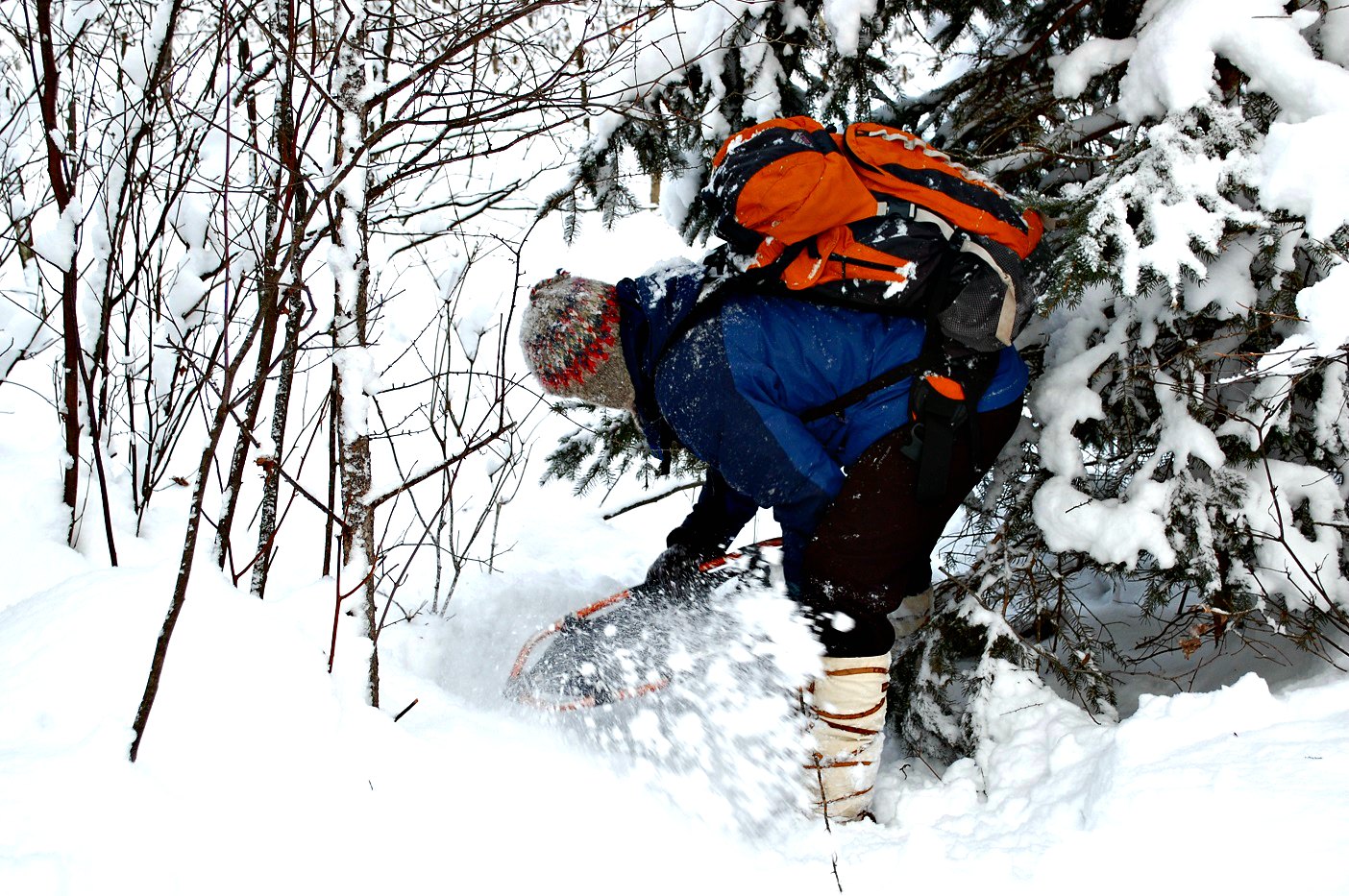 Hondo clears snow from the site of a recent wolf kill 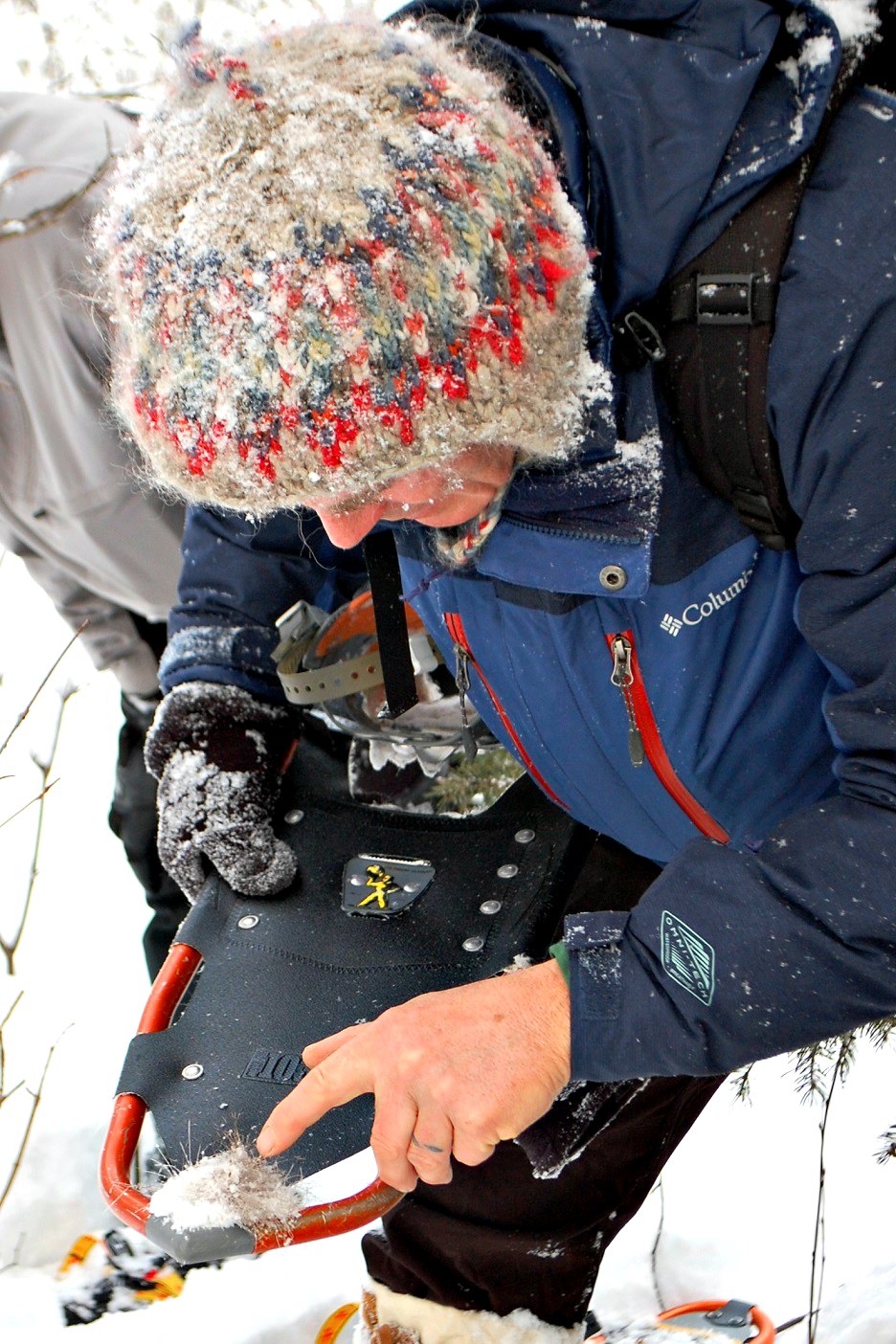 Wolves are efficient predators. All that’s left at this site is some tufts of deer fur, which Hondo is pointing to, and the rumen, the first chamber of the deer’s stomach (not shown).

Come summer, there will be forest bathing – the Japanese-originated practice of immersing yourself in a forested landscape – and woodland yoga in conjunction with local yoga studio Ahimsa.

And to up the challenge quotient, Hondo, also volunteer firefighter, has created Firefighter Follies. With participants donning surplus fire gear, he’ll put them through the paces a trainee firefighter would expect, without the danger of the fire itself.

There are even indoor programs – Skulls ‘n’ Such, a skull identification workshop; Watercolour with Wool, needle felting with Pam Carnochan; Rhythmania, drumming with Barry Hayward; and Bear With Us, a look at black bears with Mike McIntosh.

As if all that isn’t enough, there are more programs to come. 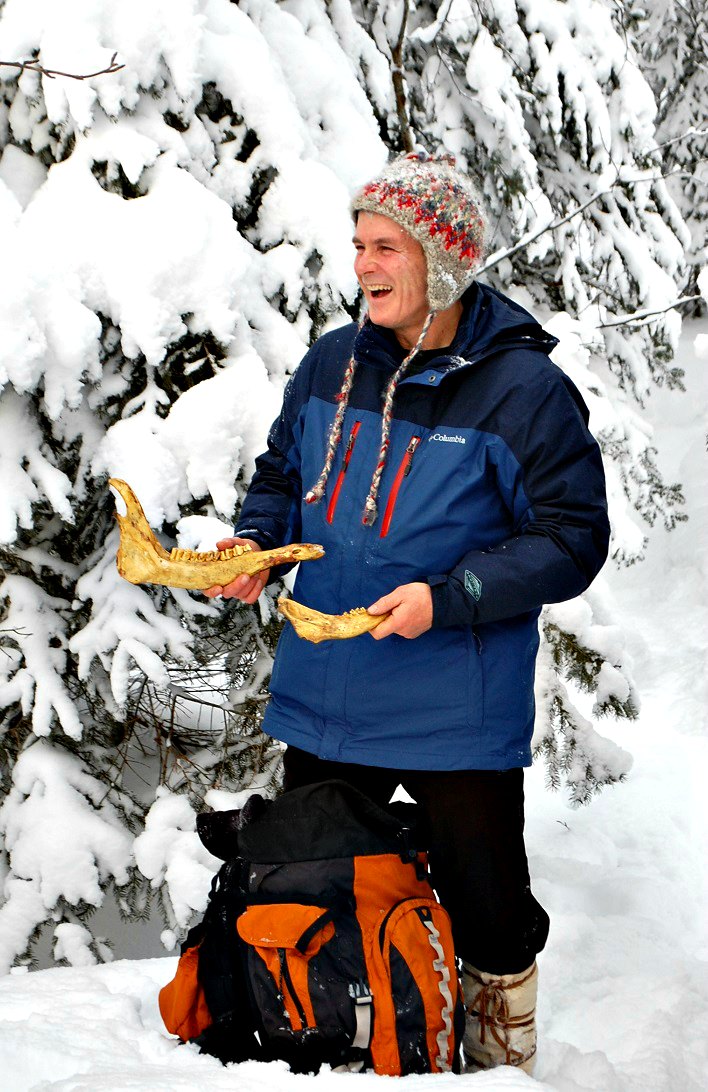 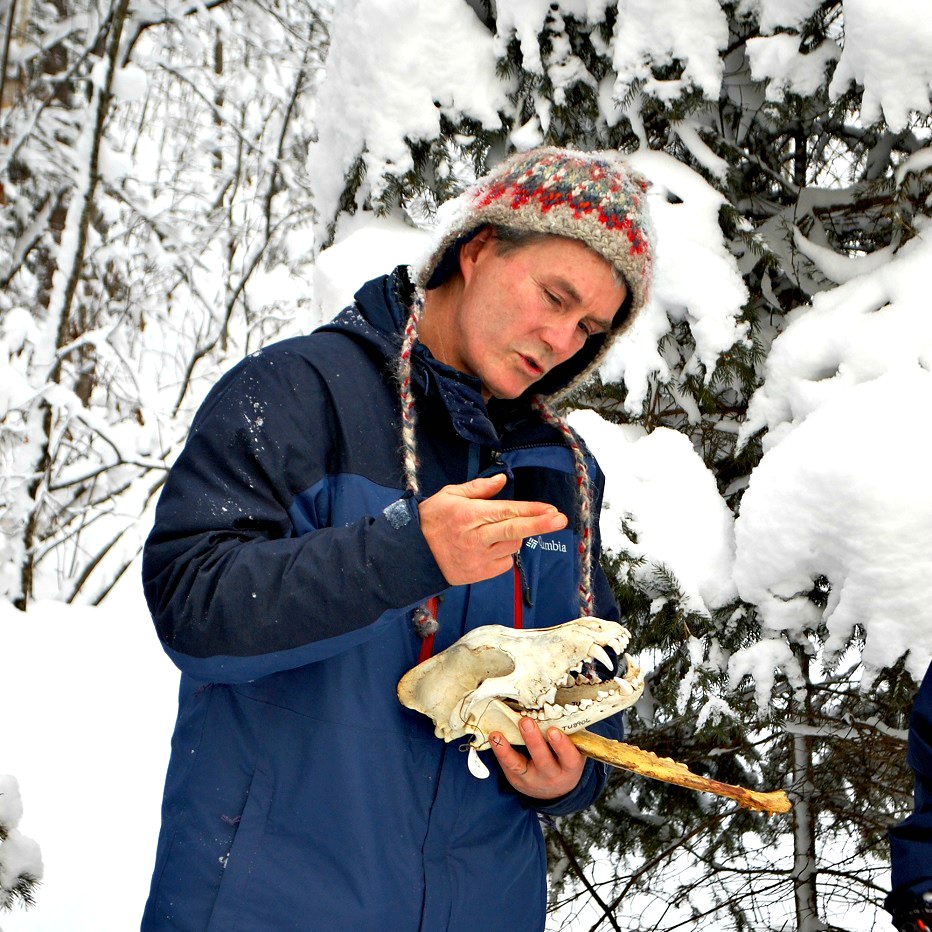 Hondo demonstrates the chewing action of a wolf. The skull he’s holding is from an arctic wolf.

“I believe that wilderness has the power to inspire and transform,” says Hondo. “I’m excited to share it.”

Learn more about Find Your Wild at findyourwild.ca.