Thirty-seven people now have a great story to tell about how they kicked off a new year and a new decade: they took a plunge into the icy waters of Peninsula Lake on New Year’s Day.

The ninth annual Huntsville Polar Bear Dip was held at the waterfront at Hidden Valley Resort, where a square had been cut in the ice—it was just thick enough this year—where the water is a little more than a metre deep.

“This is a pool that does not require a permit to build,” joked organizer Markus Latzel, who started the event after participating in one in Toronto and decided that Huntsville needed a polar bear dip, too.

Hidden Valley Resort general manager, Scott Doughty, had a few people reconsidering their decision when he told the crowd, in jest, that they had to get their entire body under the water, to which Latzel shook his head and added, “But if you don’t, you have to go twice.”

A substantial crowd gathered to watch the brave people willing to take the plunge. Three chose to jump twice and a fourth lingered in the water for a brief back float.

“It’s an institution now,” said Latzel, adding that both the event itself and the turnout are a bit weather-dependent. He’s heard more than once, ‘better you than me’, he said with a laugh.

Funds raised at the event—dippers were asked to make a donation either online or at the event and were encouraged to gather pledges as well—are donated to Community Living Huntsville.

“It means the world that we are the charity of choice,” said Community Living Huntsville executive director, Suzanne Willett. “The funds go toward the programs that we do and the support that we provide in the community. If you’re not going to dip, donate. And it’s not too late.” Donations can be made via Canada Helps here. As of publication time, more than $2,800 had been raised online alone.

For the second year, Willett was among the dippers. “I said last year that I would do it again if the money was going to Community Living Huntsville.”

Latzel replied, “We like to support Community Living—you’ll be dipping for the next 10 years.”

Another second-year participant approached Latzel to thank him for coordinating the polar bear dip, adding that it’s now an annual tradition for her family, one that they will look forward to again next year.

Hidden Valley Resort general manager Scott Doughty said the resort is happy to be the venue for the event. “It’s great to help raise money for Community Living which is something that is near and dear to everybody in our community. But also some of the guests staying in our hotel and staying in some of the cottages around the lake think it’s an amazing start to the new year. There’s nothing like jumping in a cold lake and being ready to start the day fresh in the 2020s. It’s one of those things that really brings the community together…both a lot of the locals and also the guests that are coming up to stay and see what we do in Muskoka.” 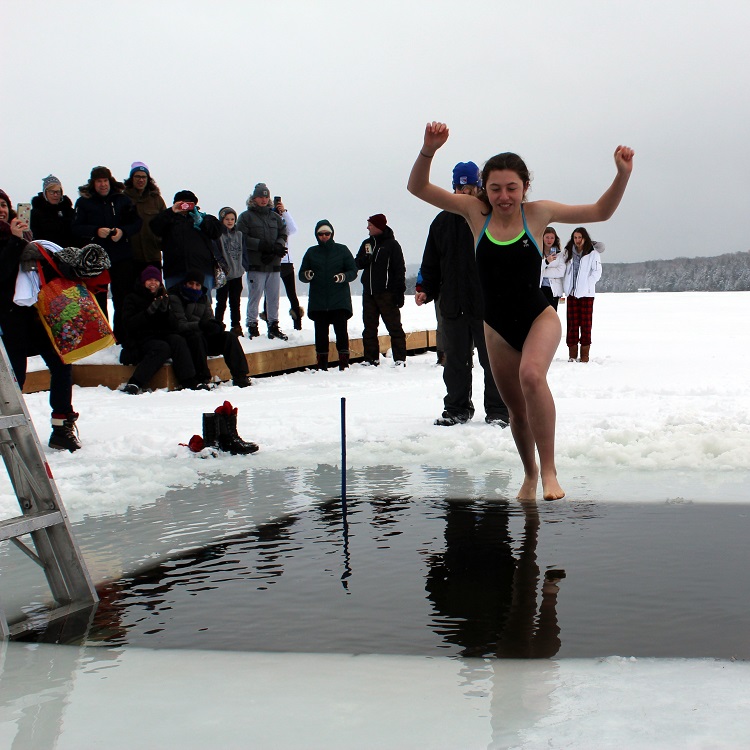 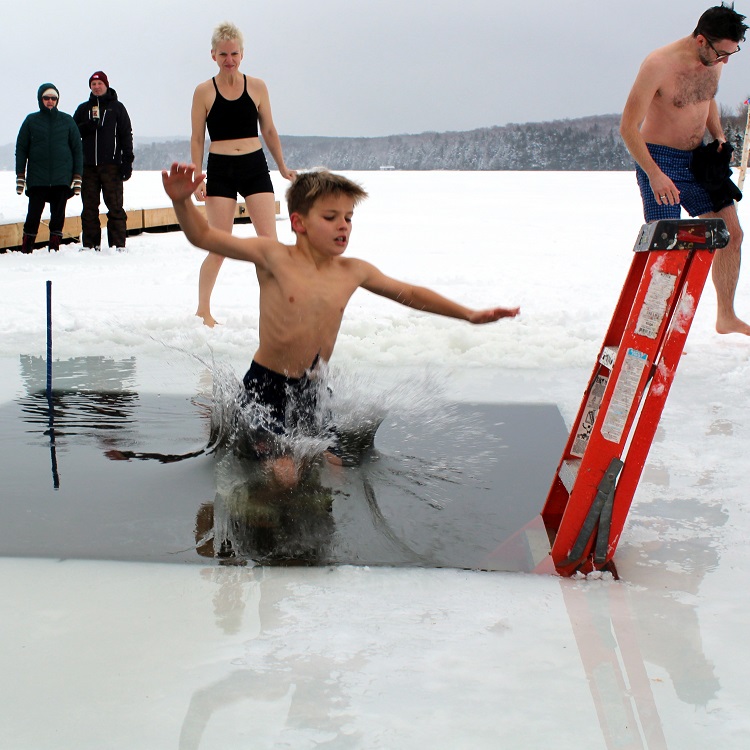 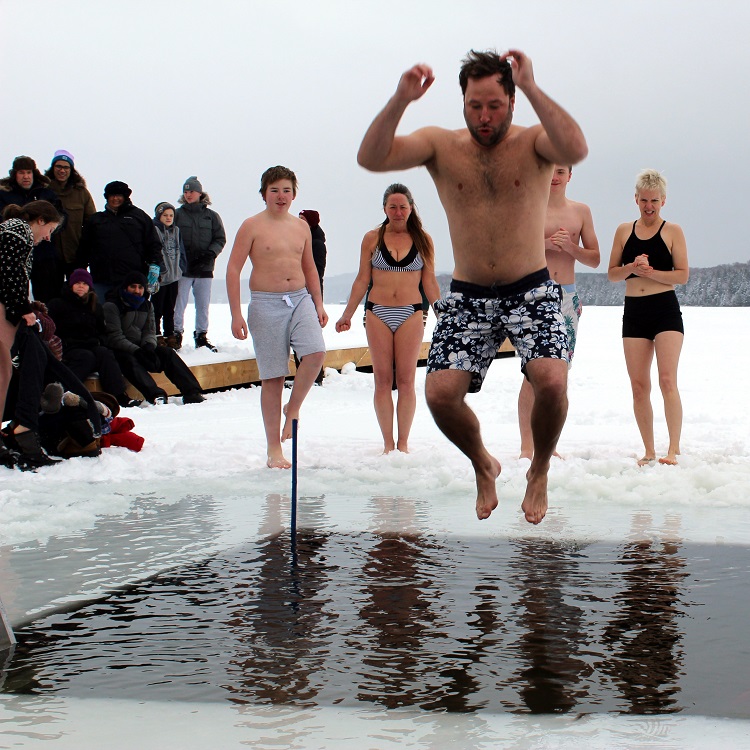 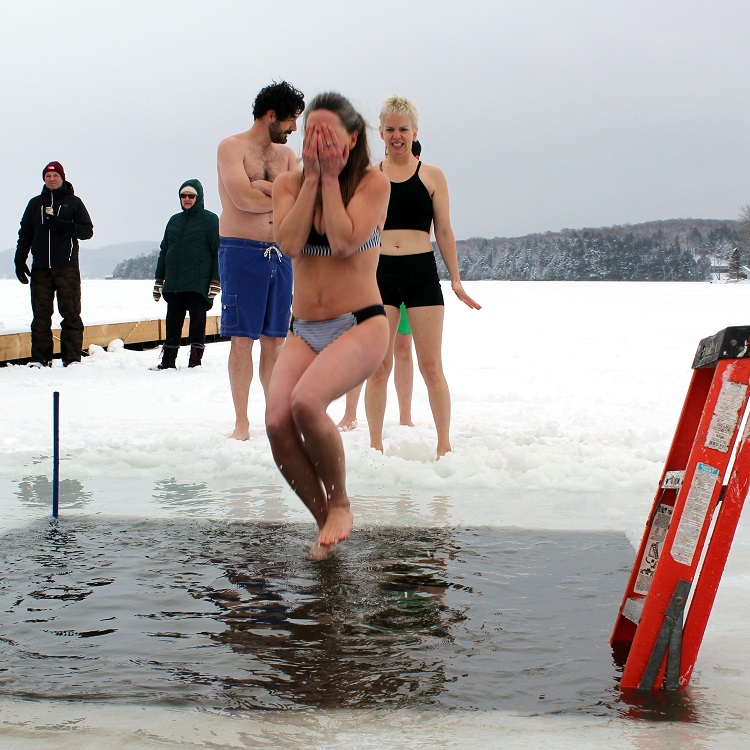 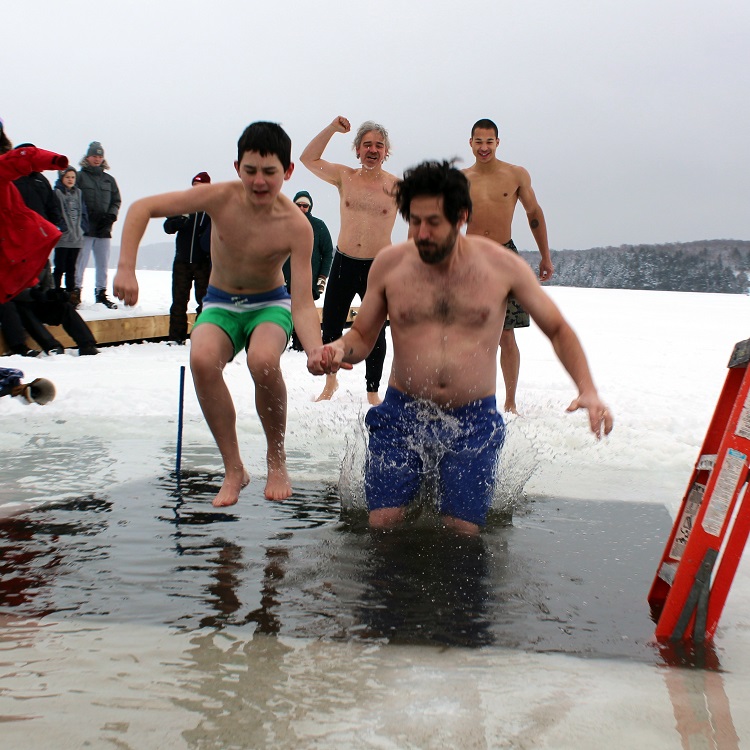 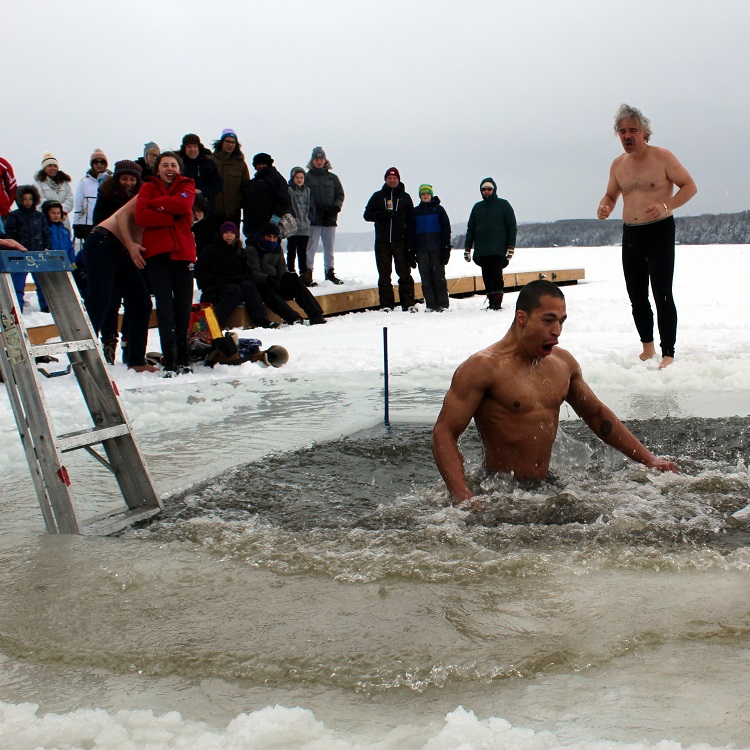 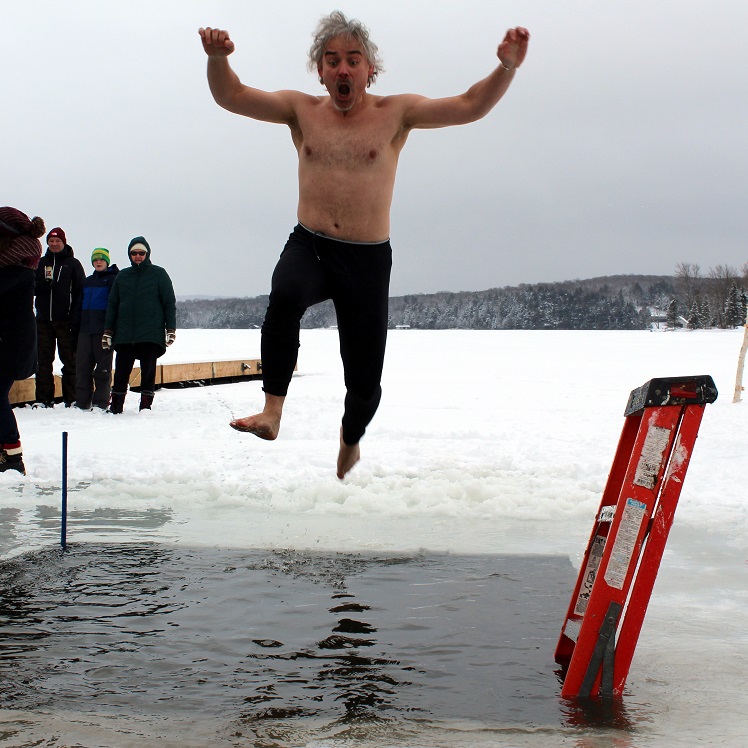 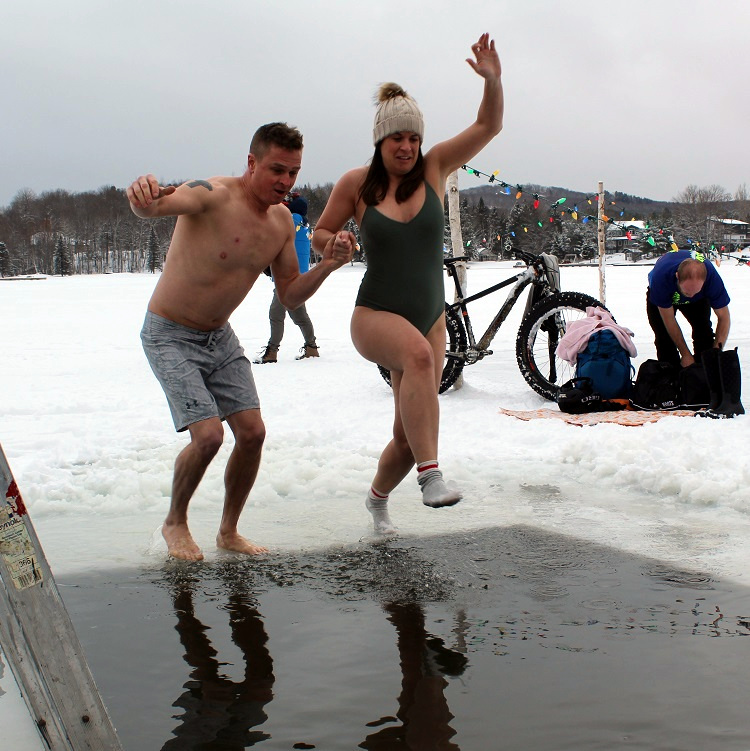 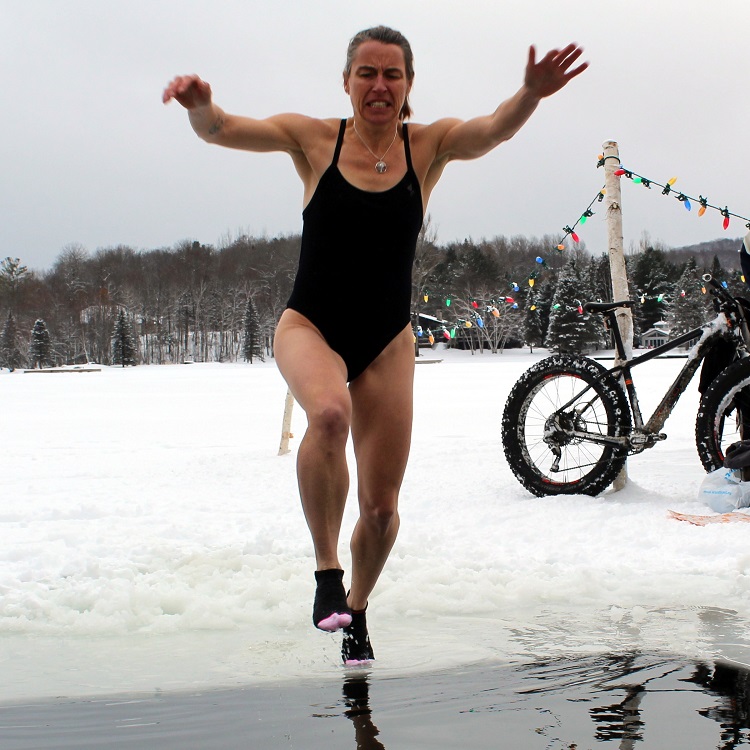 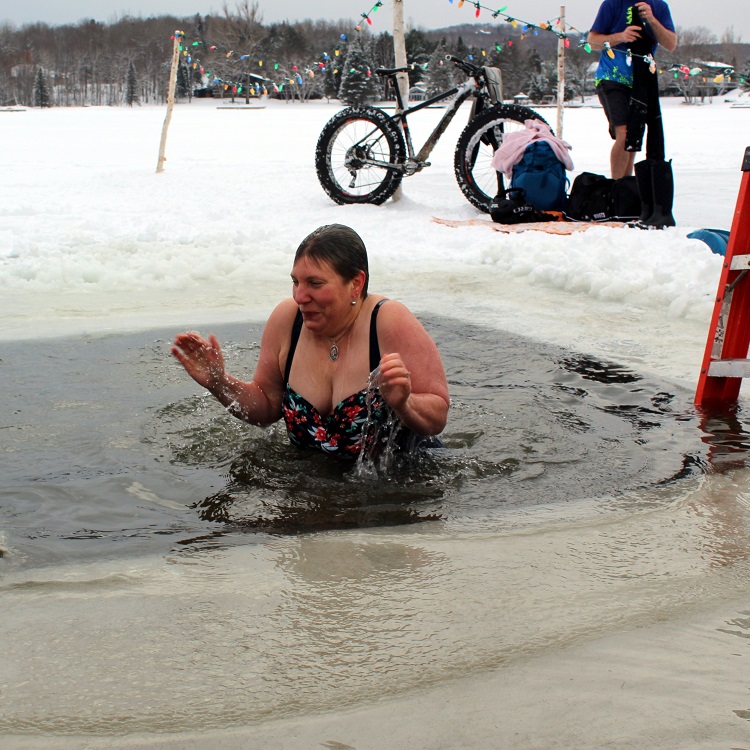 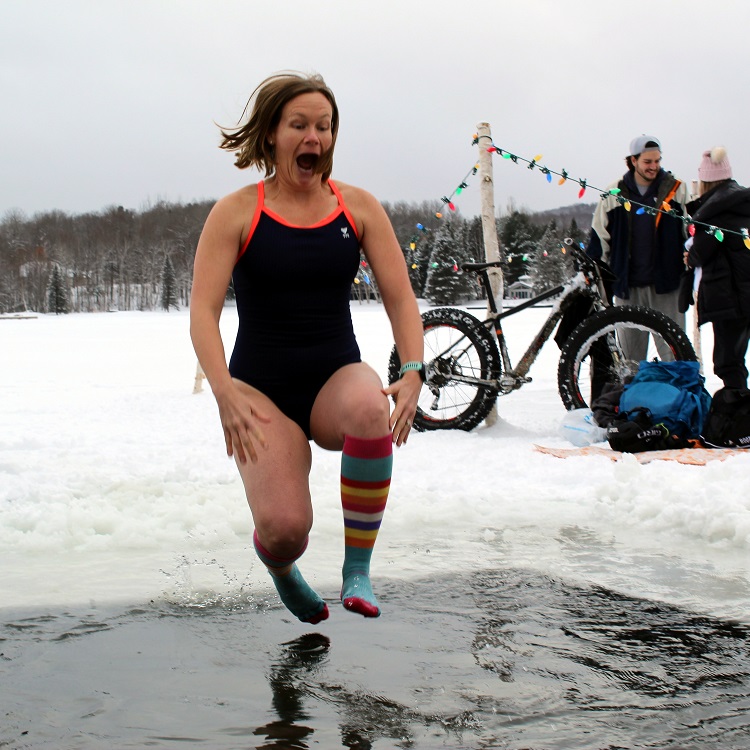 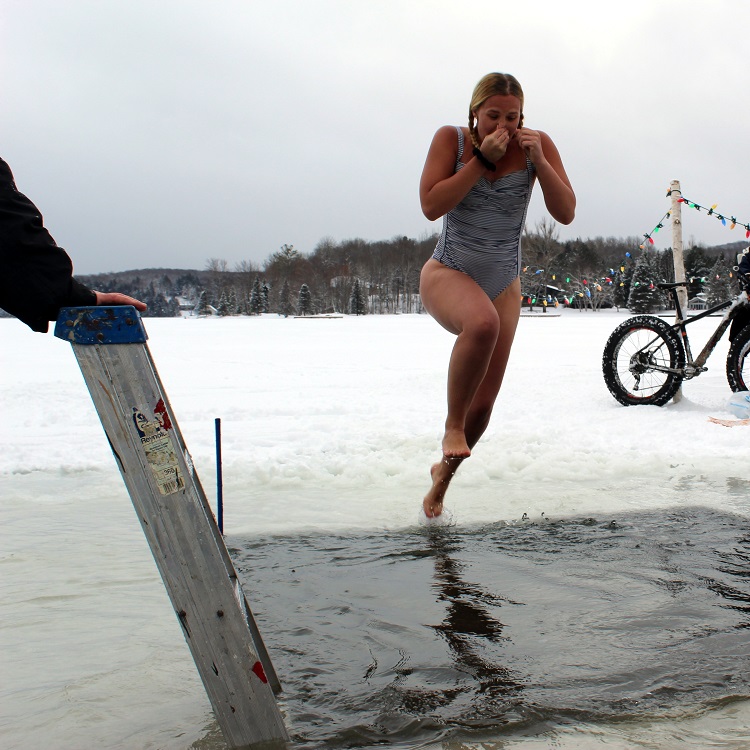 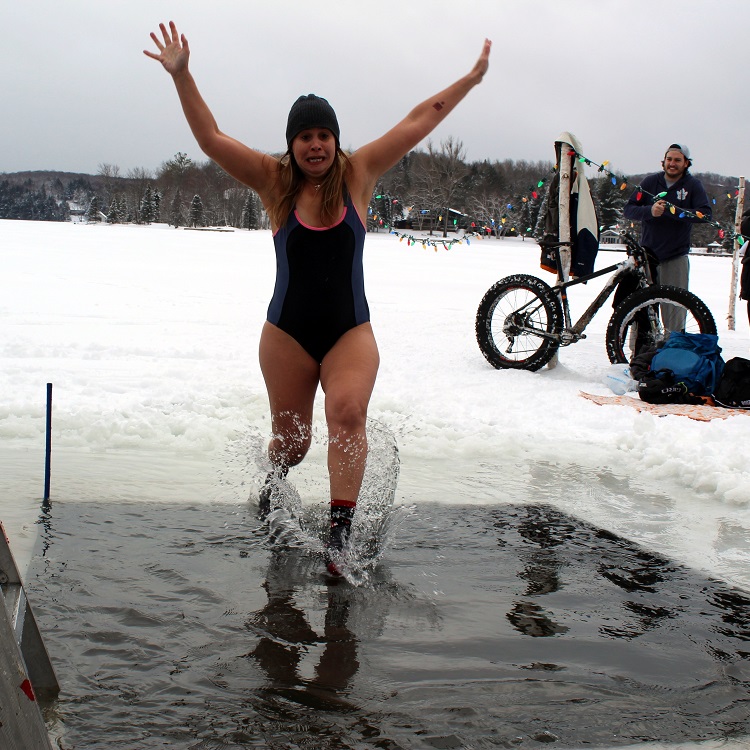 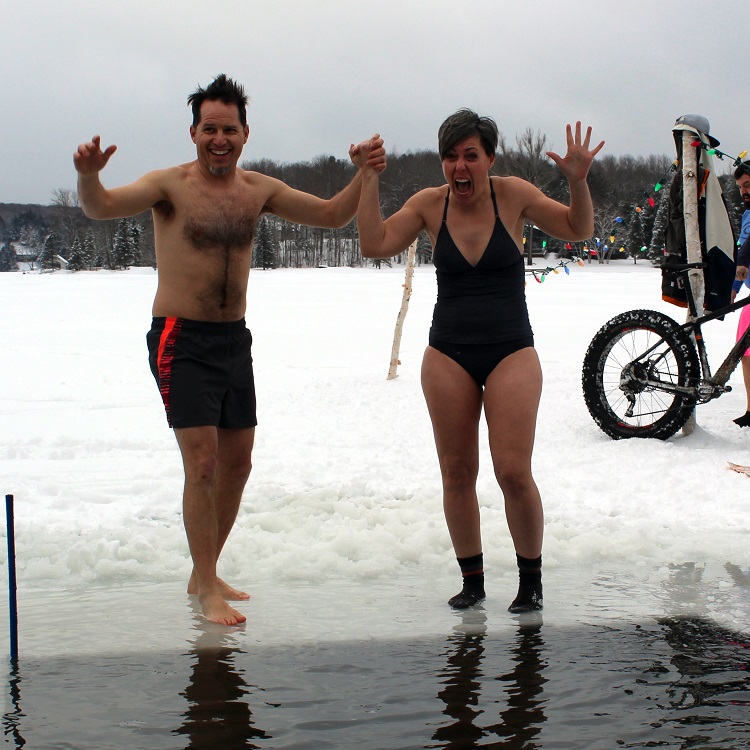 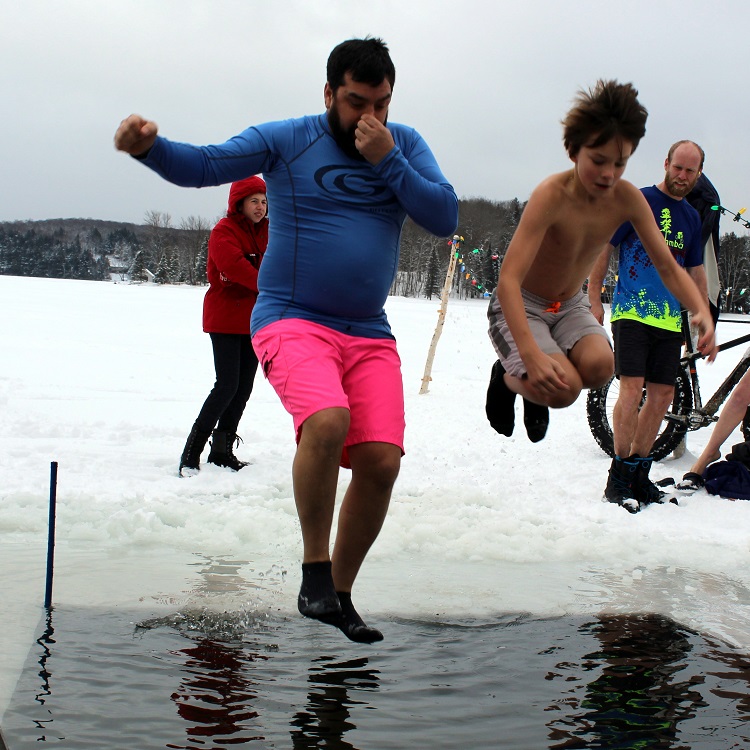 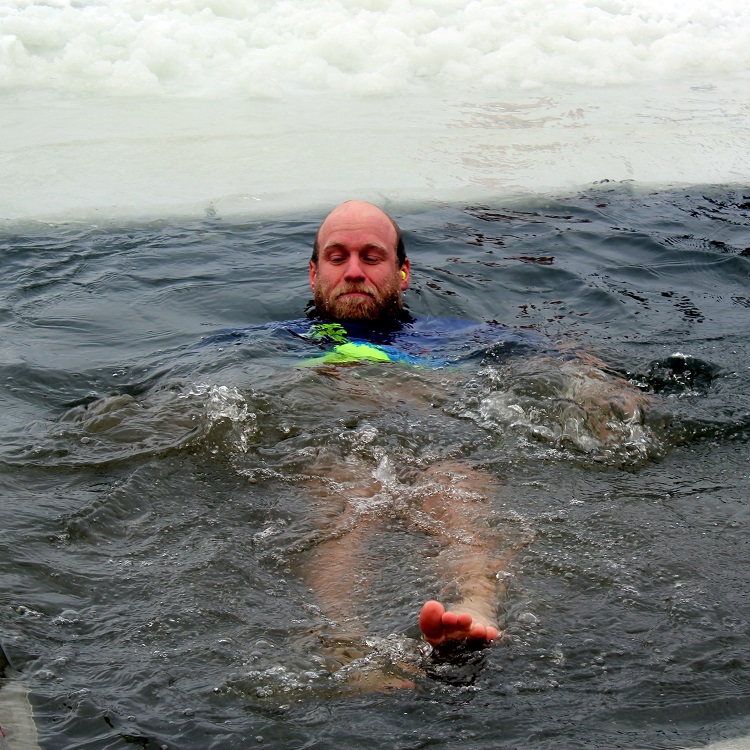 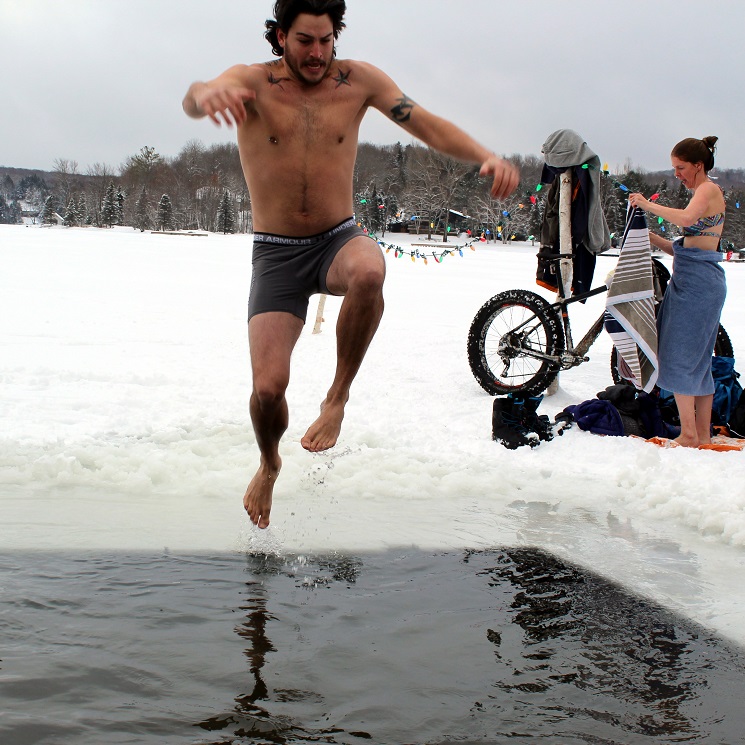 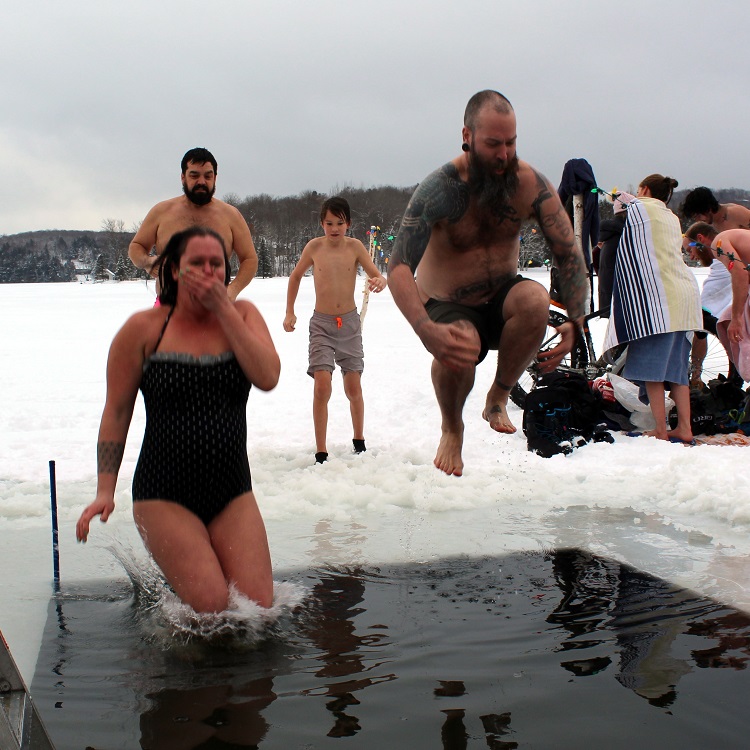