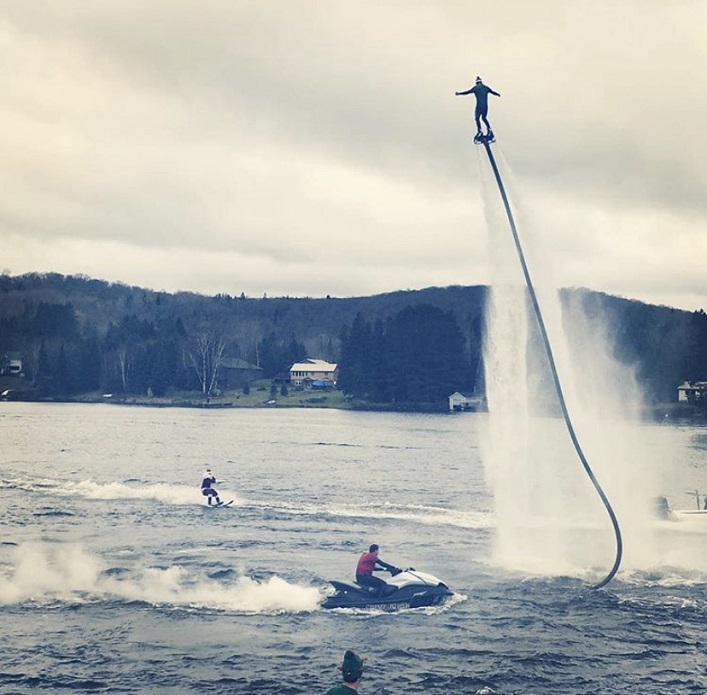 Santa Claus, Mrs. Claus, their elves and quite possibly the Grinch will be coming to Kearney on Nov. 9th at 1:30p.m. to perform a winter water ski show on Mirror Bay in support of the Lion’s Club Christmas Food Drive. Last year over 1500 lbs. of food was donated, but there is a need for more in the region.

Lion Club president Blair Ballantyne stated, “the food inventory levels at the food bank are low and donations from the winter ski show are critical”.

Canada’s only Santa Claus Charity Water Ski Show is challenging you to invite your friends, family, neighbours to attend the show and help the Lion’s Food Drive reach its goal of 2000 lbs. of food. Attendees are asked to bring non-perishable food items as admission to the show. Cash donations are also being collected.

The Santa Claus Charity ski show is a joint effort between the Lion’s Club, Rickward’s Polaris, SWS Marine, and the Town of Kearney to promote the food drive and raise donations for the families in need during the holiday season. Santa, Mrs. Santa and the elves will be handing out treats to children prior to the ski show.

Event committee organizer Derek Rickward stated, “the magic of the Santa Claus water ski show has really united the community in support of the Lion’s Club Christmas Food Drive and is a key initiative for families in need”.

Many skiers this year will be members of Canada’s Waterski Show Ski Team, that will be representing our country at the World Show Ski Championships in Australia next year.