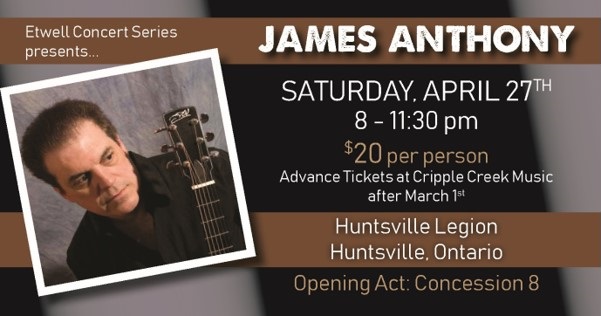 On Sat Apr 27, James Anthony, will headline the final Etwell Concert Series Dance of the season at the Huntsville Legion. James has performed for five decades as one of the leading R and B guitar players in Canada. Opening act: Concession 8.

The outdoor season in Etwell will open on June 23. The lineup will be released soon.

This season the Etwell Concert Series will partner up with the Huntsville Festival of the Arts on two events. Details to follow.