You are here: Home / Business / Dokan Karate is under new ownership

Brought to you by this community-minded organization because they recognize that
good business is good for everyone:

Dokan Karate is under new ownership. Sensei Lucien ‘s Jongers, a former student and then teacher at the club, has been the proud new owner of the dojo since November 1, 2019.

He got into the sport because his son, who was seven at the time, had started taking classes.

“As I was sitting there watching him twice a week for an hour I decided I could use some exercise myself,” he says. He encourages others to get involved, too.

“It is a great way to get yourself in shape, learn about your own body. And for me it was always a great way to get rid of all the thoughts that were in my head of the day,” he says. “Once you’re in the club and you are working on karate, that is the only thing that is on your mind at that point in time. It’s a good feeling.”

Lucien began karate in 2005 under Sensei Jeff and Stacey Tinkler. In 2010, he reached the level of Shodan Black Belt in Shorinji Ryu karate and Goshin-Jitsu, and began teaching. In 2015 he received his Nidan Black Belt under Sensei Rob Humphry.

And now Lucien is happy to be able to help others learn karate within his own dojo. “It’s something that I always thought would be in the cards. The opportunity came along because the current owner wanted to step back from it. He asked me if I was willing to take it over and keep the club running. It was a natural progression for me.”

The club teaches Shorinji-Ryu,a traditional style of Japanese karate, as well as a more modern self-defense style called Goshin-Jitsu. Classes are open to youth aged seven and up as well as adults.

On Saturday, January 25, 2020, students from Dokan Karate prepared to grade one belt up.

Ember McLeod, Maddi Villard, and Daphne Briggs all earned their green stripe by showing their katas, self defence and use of the jo and nunchaku.

Olivia Turney worked hard to get her green belt. Corbin Gray did a great job performing his katas, deserving his blue belt. 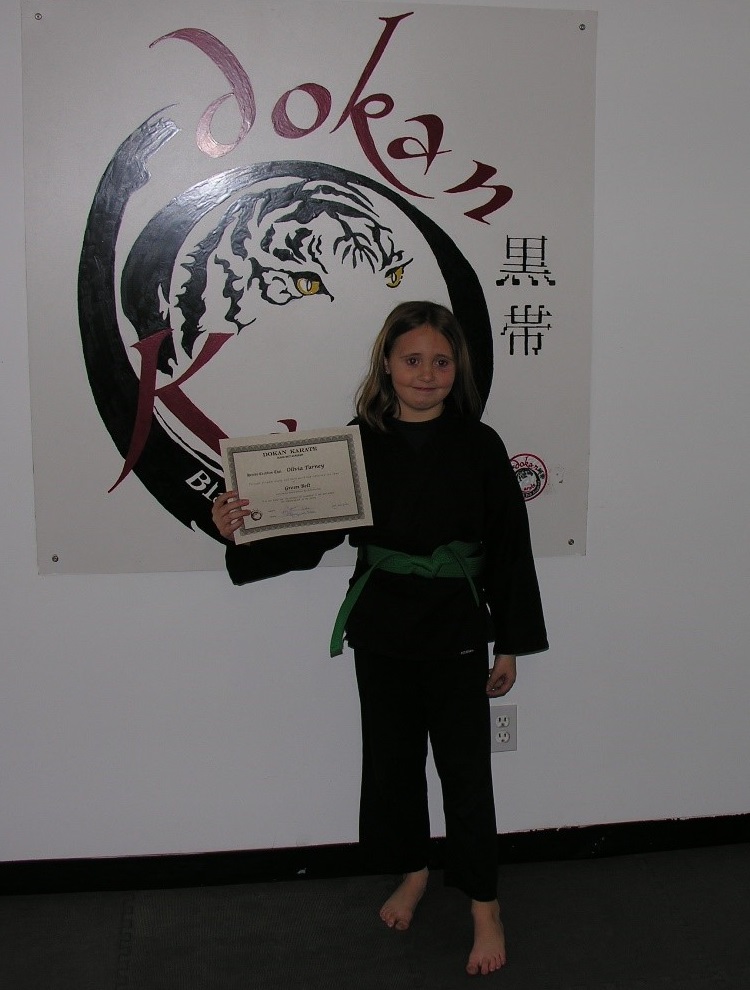 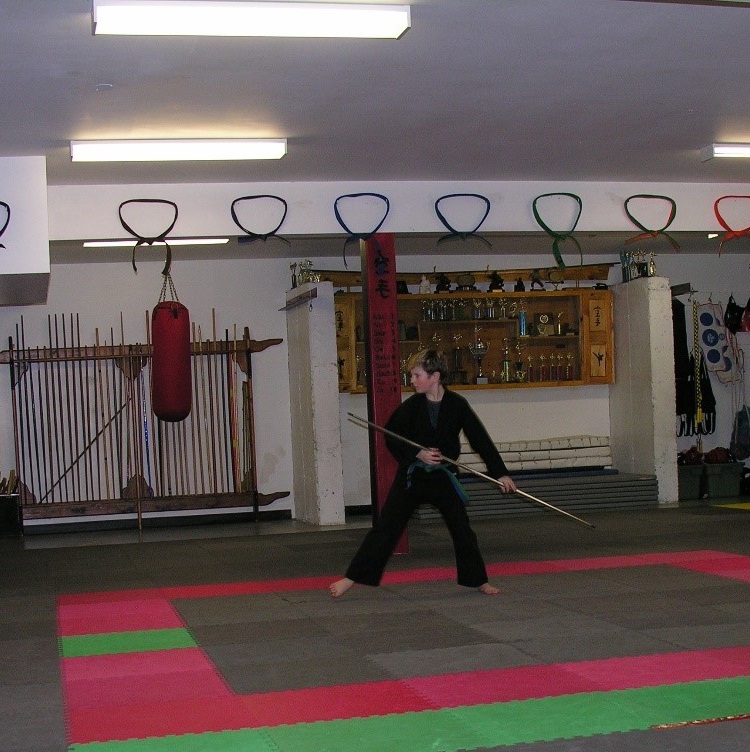 The dojo is located at Unit 9, 23 Dairy Lane in Huntsville (below Pro-Active Rehab and Dairy Lane Dental). For more information about classes visit dokankarate.com.