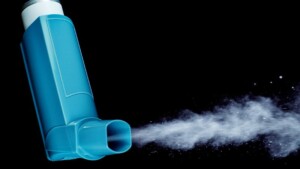 Just a reminder to asthmatics that if you are using your “reliever” inhaler (e.g. salbutamol) at the rate of more than three canisters in two months, you need to check with your doctor. Over-using these inhalers may mean your asthma is not under control and you may be putting your health at risk.

A non-scientific review of many diets popular today was done recently. The best all-around diet, not surprisingly, was the

Mediterranean diet. There were two diets tied for second place: the Flexiterian Diet and the DASH diet. The Weight Watcher’s diet was in fourth place and was in first place for the best weight-loss diet. 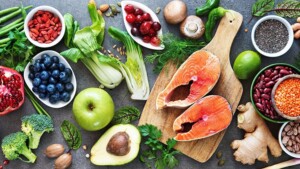 Just a review: The Mediterranean diet is a heart-healthy diet focusing on fish, fruits, vegetables, nuts and whole grains. It calls for a reduction in unhealthy fats and sugars. The flexitarian diet: the word stands for flexible and vegetarian. You eat vegetarian most of the time but you can eat meat occasionally hence “flexible.” The DASH Diet: includes whole grains, fruits, vegetables and low-fat dairy as well as some fish, poultry and legumes. You can also eat small quantities of nuts and seeds a few times weekly. Red meat? In small amounts.

Do you know what a zettabyte is? One zettabyte equals 44 trillion gigabytes. A lot of data. But 44 zettabytes is the amount of data that exist in the world right now. Much of that data has to do with healthcare and often causes confusion among many people. Use your pharmacist as a source of reliable healthcare information. 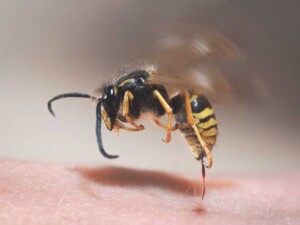 Bee stings are common at this time of year. Bees like sweat, sweet odours and open drinks like soda pops and beer. If a bee comes near, gently brush them away, don’t run from them. Cover all drinks and avoid wearing bright-coloured clothing, perfumes and colognes. If you are really sensitive to bee stings, consider wearing long pants and long-sleeved shirts while outdoors.

In the “olden days” (the 1970s), a diagnosis of a stomach ulcer meant drinking copious amounts of antacids, eating special diets and taking drugs to slow down the movement of the intestines. Operations were even performed to cut acid-producing nerves. Today we have drugs that inhibit acid and antibiotics to cure ulcers. Operations are very rare and medications alone can yield a cure. 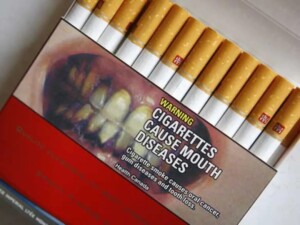 It was back in 1950 that the first published reports appeared that linked tobacco and lung cancer. Unfortunately it took until 1964 before the U.S. Surgeon General Dr. Luther Terry made the world aware of this information and in 1969, the first warnings appeared on cigarette packages saying that cigarette smoking was dangerous to your health. Since that time, smoking has reduced from over 50 per cent to less that 14 per cent today.

Much talk about vaccines this year. One vaccine that prevents certain cancers and sexually-transmitted diseases has been around since 2006 is the HPV vaccine and is recommended for everyone from ages 9 to 26.

Bill Coon graduated from the Faculty of Pharmacy, University of Toronto in 1984, and was the Faculty’s Centennial Scholar that same year.  Bill and his pharmacist wife, Barbara, along with Paul Whitehead, opened Muskoka Medical Centre Pharmacy in 1990. The understanding that medications are only part of the health solution has lead to Bill’s interest in fitness and health, both personally and professionally.  Bill’s Capsule Comments provide a full range of up to date health information.