Be cautious with cannabis edibles 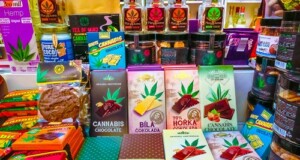 Cannabis edibles became legal in Canada last fall. Edibles are looked upon as being a safer way of administering the drug but they do take longer to take effect. On average, it takes four hours longer to notice effects compared to inhaled forms. So if people aren’t careful, they will ingest more doses thinking it’s not “working.”

Once the edibles’ effects are felt, the effects can last as long as eight hours and any impairment can last longer compared to the inhaled forms.  Although Health Canada has mandated standardized amounts of cannabis in these products, individual responses to them can vary greatly. This is especially true in those who have never taken the drug before.

One other concern is the risk to children and pets because the edibles look attractive. There are brownies, cookies, chocolates, gummy bears and many others.  Emergency rooms are beginning to see children who have eaten some of these edibles not knowing they contain drugs. It’s important to keep all these products out of the reach of children.

If you are taking marijuana in the form of an edible for the very first time, be sure you know the dose of marijuana in each piece. As usual when beginning a new drug, “start low and go slow” is the best advice. Colorado was the first area to legalize marijuana in 2013. In the four years following, there were 70 per cent more calls to poison control centres about marijuana overdoses, many regarding children. 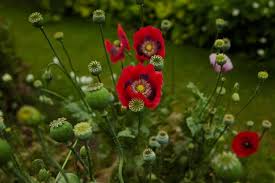 Medical discoveries from the past are often forgotten today amidst this high tech age.  However discoveries were giant steps forward in the treatment of many medical conditions.

In about 3400 BC, the opium poppy was cultivated in lower Mesopotamia where the Sumerians called it the “joy plant.” Over the centuries it found a place in medicine for treatment of pain and in 1690, Sydenham’s Laudanum, a compound of opium, sherry wine and herbs was popular in treating many ailments.

It took another couple of centuries to realize the addictive nature of opium and laws were put in place to restrict its use. In the early 1900s, the U.S. Congress passed the Pure Food and Drug Act requiring all products to have labels listing all their contents. Up to that time, opium was often added to many medicines making addicts of many users.

In 1831, there was the discovery of chloroform and in a few years it was used in obstetrics. In fact, chloroform was used on Queen Victoria to ease the pain of childbirth.

In 1799, laughing gas or nitrous oxide was first discovered but it took another 50 years or so before it was used in dentistry for tooth extractions.  Some dentists continue to use it in their practices today.

The myth of “no pain, no gain” 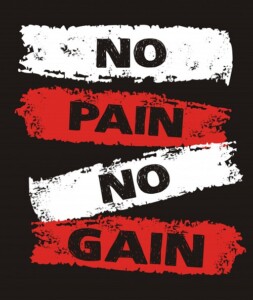 “No pain, no gain” is not true when it comes to exercise. Fitness activities should not hurt while you are doing them. If do experience pain, stop the exercise and rest till the pain goes away. It’s a good idea to get some advice from a professional fitness person to ensure your exercise program is right for you.

A sty is a painful infection of the outer edge of the eyelid. It’s like having a boil on the lid and is caused usually by a Staphylococcus bacterial (“staph”) infection. You can treat it at home with warm compresses for 10 minutes four times daily. This will eventually burst the sty. After this happens, clean the area well to avoid further infection.

Artificial Intelligence (AI) is making inroads into the world of medicine.  The use of AI in skin problems is using algorithms that can evaluate your skin and help you choose the best products for your conditions. AI can be used to analyze brain CT scans very quickly. AI can be used for mammogram analyses with great accuracy. In the U.S., health insurance providers are looking at AI as a way of saving billions of dollars in healthcare costs.

And speaking of technology in healthcare, those Virtual Reality (VR) headsets are beginning to be used in some areas of the U.S. to distract children while being examined by a doctor or being given an injection. The VR for kids might show fun things like circus rides, parks and visits to cartoon worlds.

Bill Coon graduated from the Faculty of Pharmacy, University of Toronto in 1984, and was the Faculty’s Centennial Scholar that same year.  Bill and his pharmacist wife, Barbara, along with Paul Whitehead, opened Muskoka Medical Centre Pharmacy in 1990. The understanding that medications are only part of the health solution has lead to Bill’s interest in fitness and health, both personally and professionally.  Bill’s Capsule Comments provide a full range of up to date health information.