You are here: Home / Community / Building Santa’s float is a beloved tradition for Kimberly-Clark volunteers

Kimberly-Clark has a long-standing tradition of building Santa’s float for Huntsville’s annual Santa Claus parade. Company volunteers have been working hard this week to put the magical Santa float together for “Santa Tom” of Bracebridge, who will play the role of Mr. Claus this year, an honour that belonged to Ray Porter for decades. He’ll be in our thoughts as the parade concludes with Santa’s arrival.

Kimberly-Clark’s float-making tradition began in 1996 when an employee, who was also a member of the Rotary Club, asked if the company would provide the Santa float for the parade. That first year, they built a brand new float topped with boxes and wooden reindeer. Since then, they’ve added a motorized component so that the reindeer could move up and down and, in 2011, a rooftop was added to the set for the sleigh to rest on.

Preparing the float is a long process, said Rosalie Wheeler, coordinator of the company’s float-making.

They start with a few preliminary meetings to engage volunteers. Then the assembly crew – originally led by Mel Wilkinson and now by Jeff Punkari who took the reins a few years ago – pulls the parts out of their storage place in the company’s mill and gets to work constructing the roofline, sleigh and reindeer. Wheeler credits much of the float’s success to the participation of Wilkinson and Punkari.

The decorating crew takes over next, adding festive touches to the float. 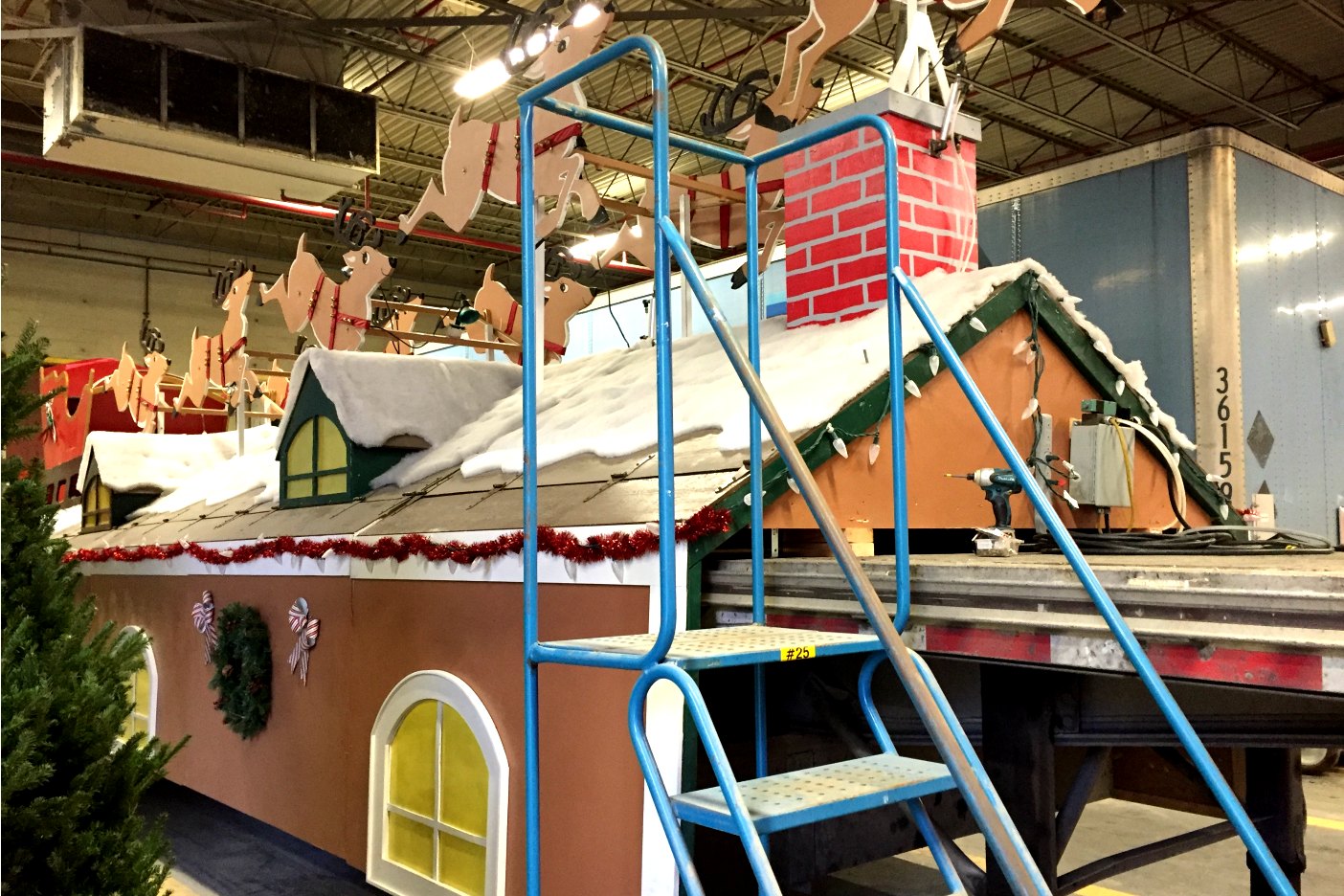 The float sits atop a flat-bed trailer 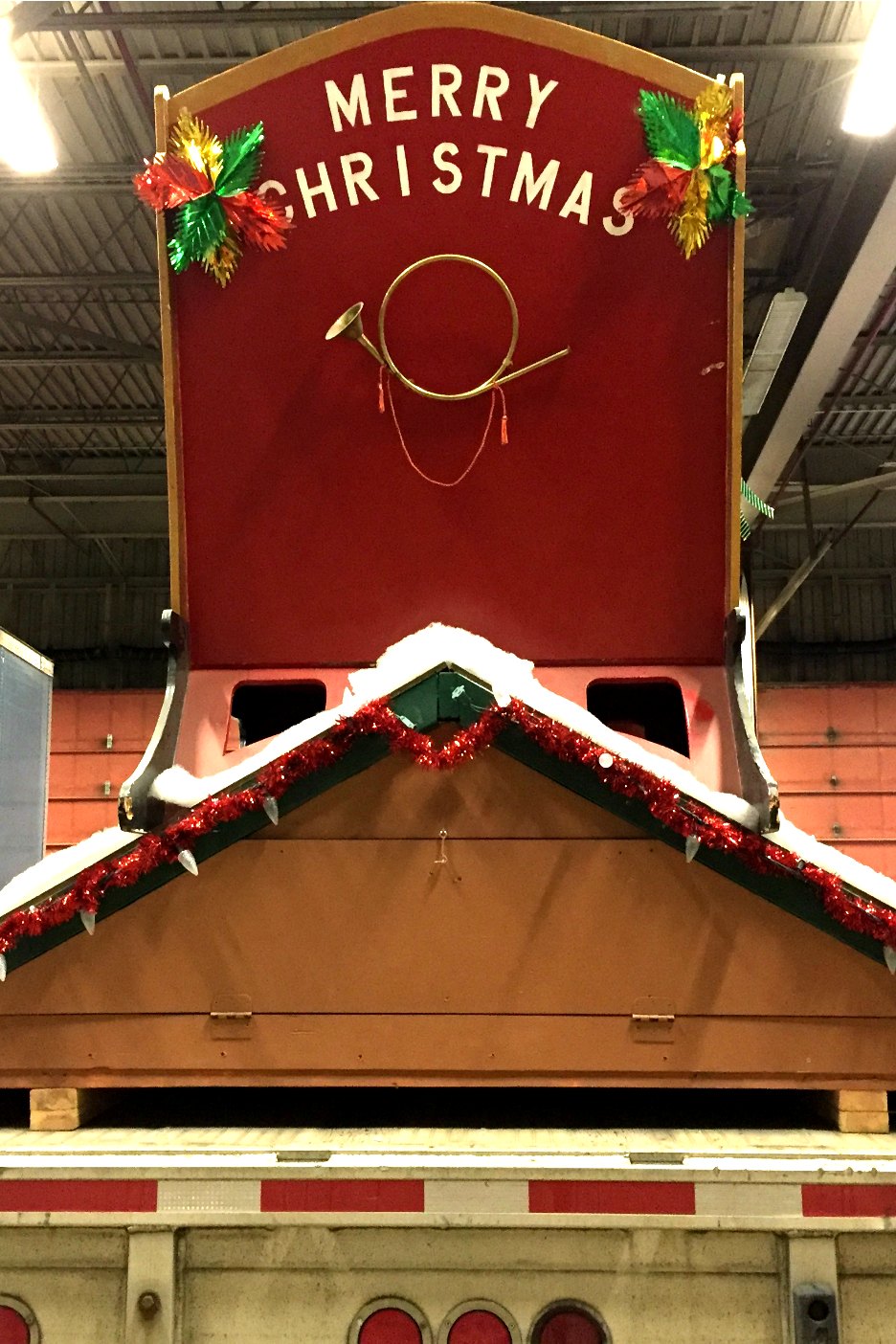 On parade day, a walking group comprised of Kimberly-Clark employees and their families accompanies the float on foot. The group hands out 5000 pocket packs of Kleenex every year to “anyone who puts their hand out as we run along,” said Wheeler.

The float’s 15 or so volunteers are “typically the same people that participate every year” and Wheeler is thankful for all of them. “Whenever people have a few hours. they go out and put stuff together… it’s definitely a group effort.”

When asked why she volunteers, Wheeler responded, “It’s fun. I love Christmas. It brings something out in people when you put together a Santa float. It is very rewarding.”

The Huntsville Santa Claus parade is Friday, November 27, starting at 7pm at Centre and Main Streets and ending at Huntsville Place Mall. The Kimberly-Clark volunteers – and Santa, too – hope to see you there!