It was a beautiful day for a run. More than 1,000 participants gathered at the Canada Summit Centre on Saturday, June 8 for the eighth annual Band on the Run.

Following O Canada and a welcome from Mayor Scott Aitchison, the runners and walkers headed out in waves to complete one of the kids’ run, the half marathon, the 10k, or the 5k, accompanied by a crew of festively dressed volunteers.

Here’s the low-down on the event:

Band on the Run by the numbers

“Band on the Run is truly a community event and would not be possible without a team of generous and awesome people,” said Justine Brown, event co-organizer with Rob Horton. “Things run as smoothly as they do because this team, many of whom have been stepping up for years, take wonderful initiative in getting their piece done and delivered exceptionally well.”

If  you enjoyed the day in any way, here are the people (besides Justine and Rob) you can thank for that:

And then there are the businesses and organizations that help everything run smoothly.

“In year eight we have developed some incredible relationships with professionals and services that are key to the success of the event,” says Brown. “The OPP do such a fantastic job. Our online registration company Race Roster send a team of volunteers to help out. Dana Bee at Chip Time Results always goes above and beyond to make the event a success. Frances Turk, our announcer, is spectacular! It doesn’t matter what you throw at her— she takes it in stride and puts a smile on everyone’s face. Andrew Elsdon has been our race photographer since day one. He captures the spirit of the event so perfectly and gets people to smile even as they are cresting one of our famous Muskoka hills. I also want to give a shout out to the maintenance crew at the Active Living Centre who were outstandingly helpful, including coming in an hour early for work on a Saturday morning. Fowler Construction has been donating the hundreds of pylons for this event since day one. Not only do they donate the pylons but they supply the crew that sets them all out an then picks them all up. And for the last few years have supplied the truck and driver to lead people through the partial road closure on Brunel to minimize any inconvenience for residents.”

“Community Living has been our charity partner for the last three years and they have been so wonderful to work with. They make Band on the Run part of their culture all year round with their Monday afternoon run/walks and their hair dying initiative,” says Brown.

“Honestly, these are just a few names of people that have given so much to make this event a success,” she adds. “There are so many people in our community that have generously volunteered for and sponsored this event. It is a community event that we hope to continue delivering for many years to come!” 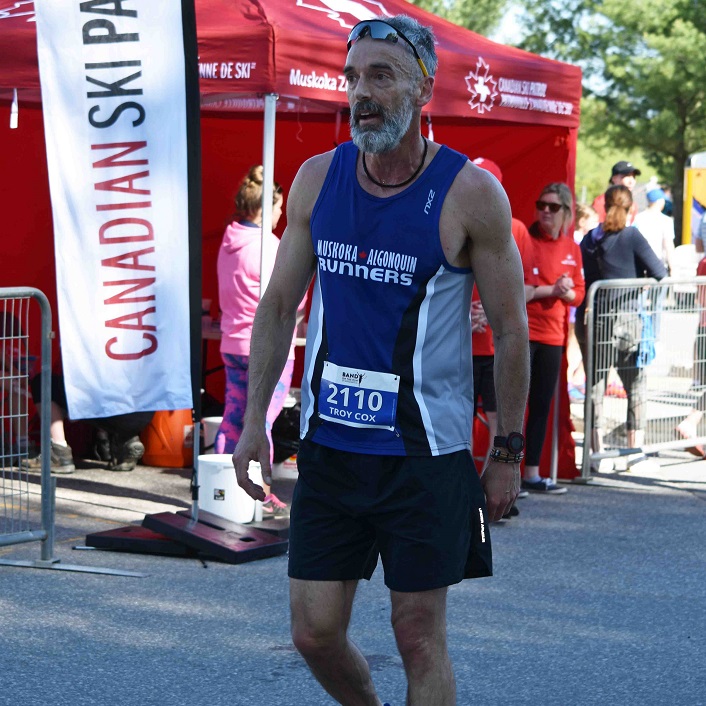 Troy Cox was the top male finisher in the 10k 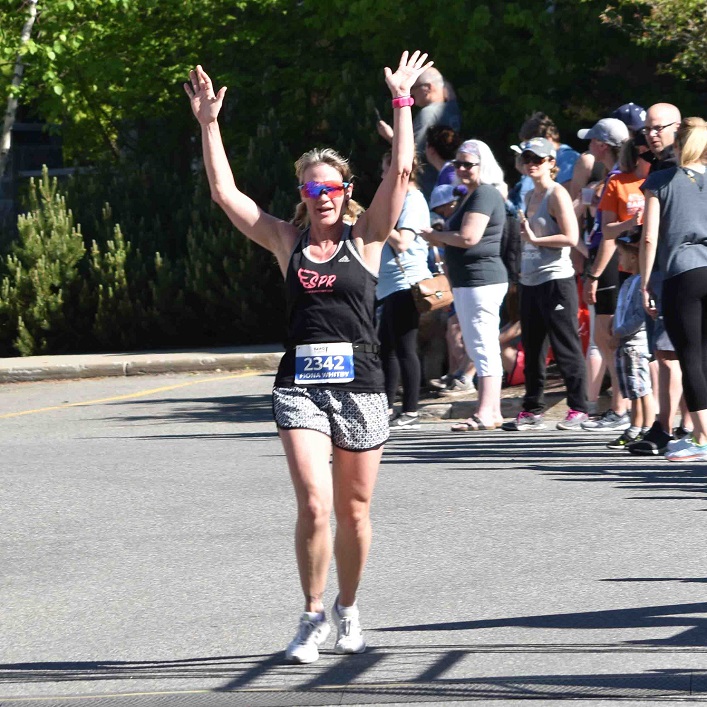 Fiona Whitby was the top female finisher in the 10k 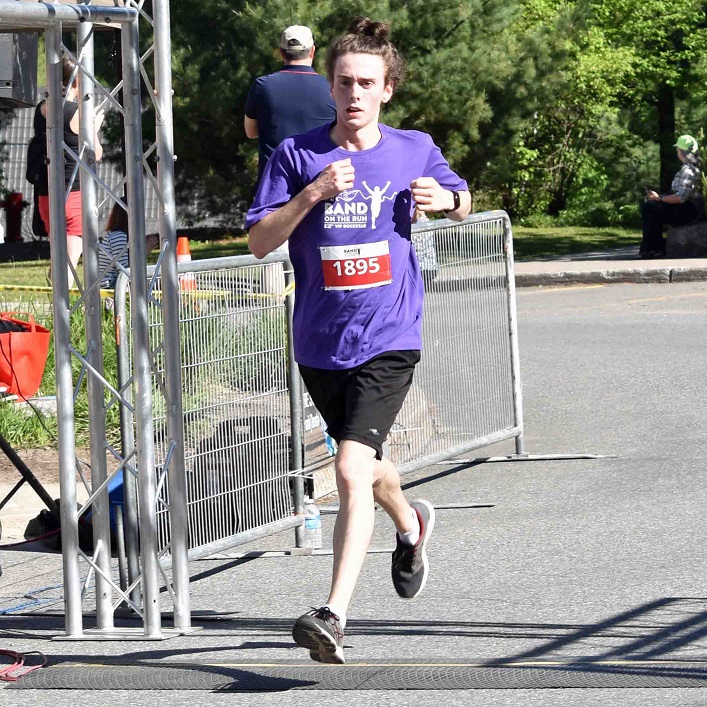 Aidan McClung, in addition to being a superstar volunteer, also finished first in the 5k 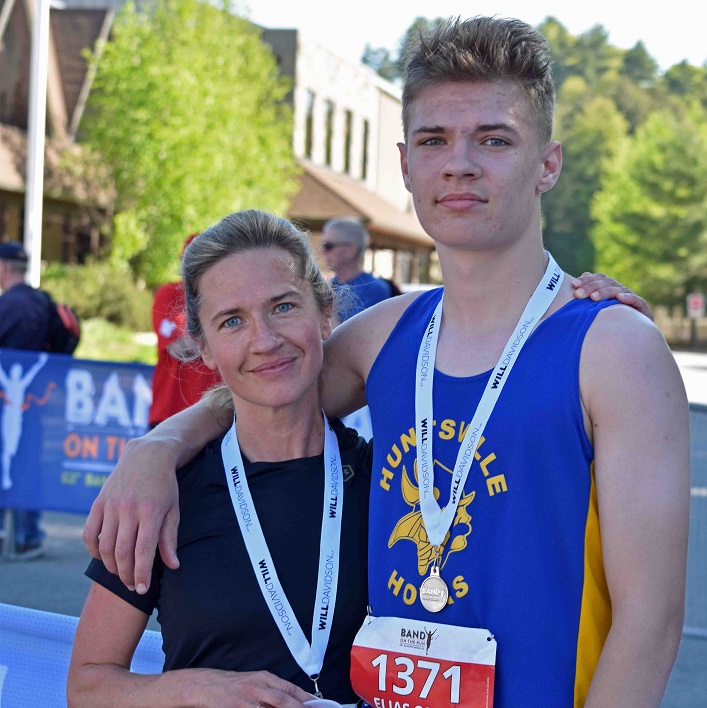 Darla Coles (left) was the top female finisher in the 5k; her son Elias placed second among the men.

(Above left) Aidan McClung, in addition to being a superstar volunteer, also finished first in the 5k. (Above right) Darla Coles was the top female finisher in the 5k; her son Elias placed second among the men.

See full results for Band on the Run 2019 here.