You are here: Home / Sports / Athletes of the week: BOTR inspirational award winners (all 47 of them!)

In their eight years as race directors for Band on the Run (BOTR), Justine Brown and Rob Horton have heard many stories about the inspirational people who have overcome challenges, fears, and battles of their own or of others to be able to run on race day.

“We also hear about the people that are so tireless in encouraging other people,” said Brown. “The idea for the awards ceremony really came from looking for a way to celebrate the incredible people that don’t necessarily finish first across the finish line but have this tremendous impact on the people in their lives. And many of our awards recipients are incredibly fast runners as well!”

All of the recipients of the 2019 Inspiration Awards were nominated by Band on the Run participants. “We were astounded by the incredible number. This is definitely a new Band on the Run tradition that we will be carrying forward in years to come,” added Brown.

Here are a few of their stories. Read the rest at the link that follows.

Hudson was nominated by Skye Goulbourne, Kyle Barber and his mom, Jennifer Booth.

“Hudson is an inspiring young man who I have seen training rain or shine and in various towns from South River to Huntsville,” wrote Skye. “When I feel the urge to give up, it’s Hudson’s determination that keeps me going!”

Kyle noted that Hudson has competed for Canada in the CP World Games, and in Ontario in Para Bowling, Running and Special Olympic cross-country skiing. “Hudson always has a smile on his face and never seems to be in a bad mood,” wrote Kyle.

His mom, Jennifer, wrote that when Hudson was born, “we didn’t know if he was even going to survive let alone walk. He started walking just before he turned two. Since then he was diagnosed with cerebral palsy, but that has never slowed him down. His dream is to be a Paralympian. He trains five out of seven days a week and has a true passion for running. Last summer he went to Spain to represent Canada at the CP World Games in the 100m, 200m and 400m races.”

Race organizers noted that Hudson came in 10th overall in the 5km with an incredible time of 22 minutes!

Leigh was nominated by friend, co-worker and fellow athlete, Heather Mason for her perseverance and for welcoming and encouraging all types of runners. This year, she helped bring parkrun to Huntsville to spread the joy of running by making it more accessible to the community. “She motivates me and others to keep going in all weather and levels of energy and to be proud of our accomplishments no matter how ‘small’,” wrote Heather. “So deserving of recognition!”

Kelly Holinshead nominated her two nephews, who first entered Band on the Run to be with their mom, Jody Holinshead. Jody’s goal that year after getting out of the hospital in January—she had been admitted for having had three strokes, multiple pulmonary emboli and stage 4 cancer—was to complete the 5km. She did it, with the massive Team Jody and her boys at her side.

“Since her death, the numbers on the team have dwindled, but these two boys are insistent to run every year—always trying to better their time from the previous year, always remembering their mom and her strength and determination,” wrote Kelly.

Lee was nominated by his wife Kathy Janelle and son William Nunnenmacher, who say that he inspires them to run. Lee’s journey began over 12 years ago when he made the decision to take action and get healthy. He ran his first 56km race (the Limberlost Challenge) last year. Even though he runs hard he supports his family and runs with them at their pace and with patience as they take on their own distance runs. Lee tells his wife to just get out no matter the distance or time…just go for a run and enjoy. “Lee is an inspiration for our family,” wrote Kathy. “We are very proud of him and we want him to know that we love him and that he is the strength of our family.”

Bev was nominated by her daughter, Lindsay Moore, who wanted her mom to be in the spotlight for once since she is always celebrating others, especially her family. Bev recommitted to her health this year and always maintains a positive attitude. Although running has always been outside of Bev’s comfort zone, she has trained for some 5k races so she can run with her family.

“Mom supports my sister and I in a way that makes me want to be a better woman every day – and she has been this way our entire lives (every since we were little HHS Hoyas!),” wrote Lindsay. “She is the definition of inspiring, hard-working, committed, and strong.  We love her and we are so proud of our Mom.” 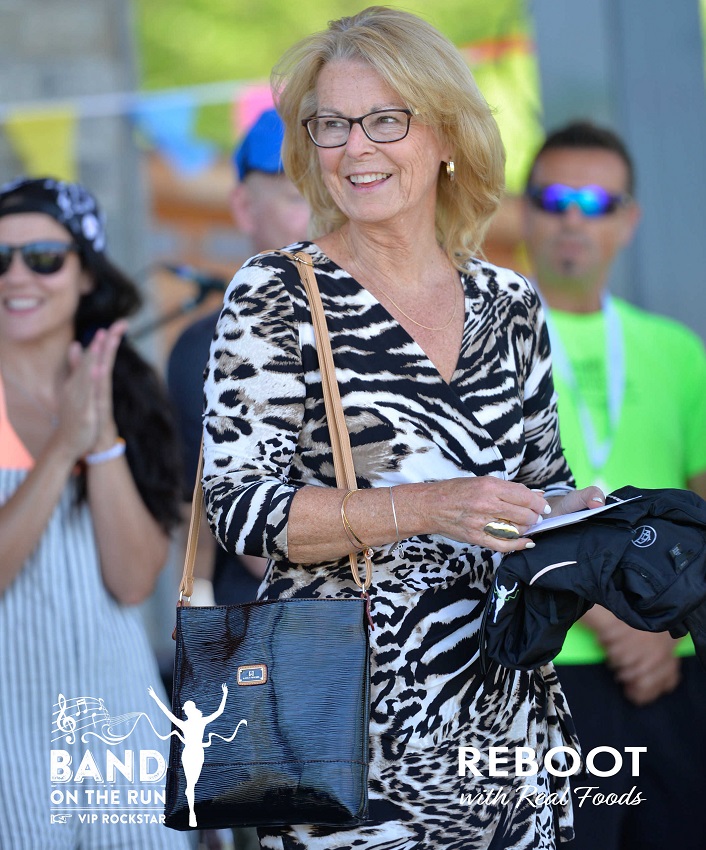 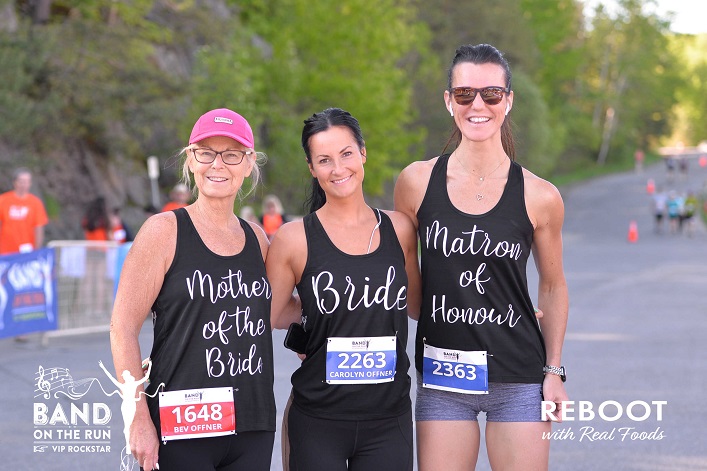 If those stories weren’t inspiration enough, there’s more! Here’s the full list of Inspiration Award winners. Read all about them at bandontherun.ca/2019-inspiration-awards.