You are here: Home / Sports / Athlete of the Week: Joshua Lane

Joshua Lane, from Huntsville, is an 11-year-old boy who has a “sweet little swing,” says his coach David Gourlie. “He can move the golf ball around the golf course with the best of them.”

Joshua has been golfing ever since he could walk. He was potty-trained with Tiger Woods golf balls as his reward and got his first set of clubs when he was four. When asked, ‘Why golf?’ he responded, “I play golf because I love it and I enjoy playing with some really great kids.”

He belongs to the South Muskoka Golf and Curling Club and locally he likes to practice at Deerhurst and Huntsville Downs.

Joshua has been playing competitively in the BAGS and Pepsi Titleist junior tours for the last three years, and has had a busy summer, competing in six different events.

Joshua recently earned gold in his division at the Boys U13 Tournament in Midland, and won the Tournament of Champions in Collingwood earning him the BAGS U13 Boys Order of Merit which means he earned the most points on the leader board standings for the season.

Joshua finished his golf season taking third place overall in the U13 Boys Pepsi Junior Titleist Tournament series. He also won the his Junior Club Championship at his home tournament for the South Muskoka Golf and Curling Club.

Gourlie describes Joshua as one of the most dedicated athletes he has coached. “He’s the hardest working athlete in his sport. He practices harder than most and may win the most. Joshua has a club in his hand every day and that’s what you have to do to do well.” Gourlie also called him an ambassador for other kids as he displays the character of a good role model with his dedication and class. 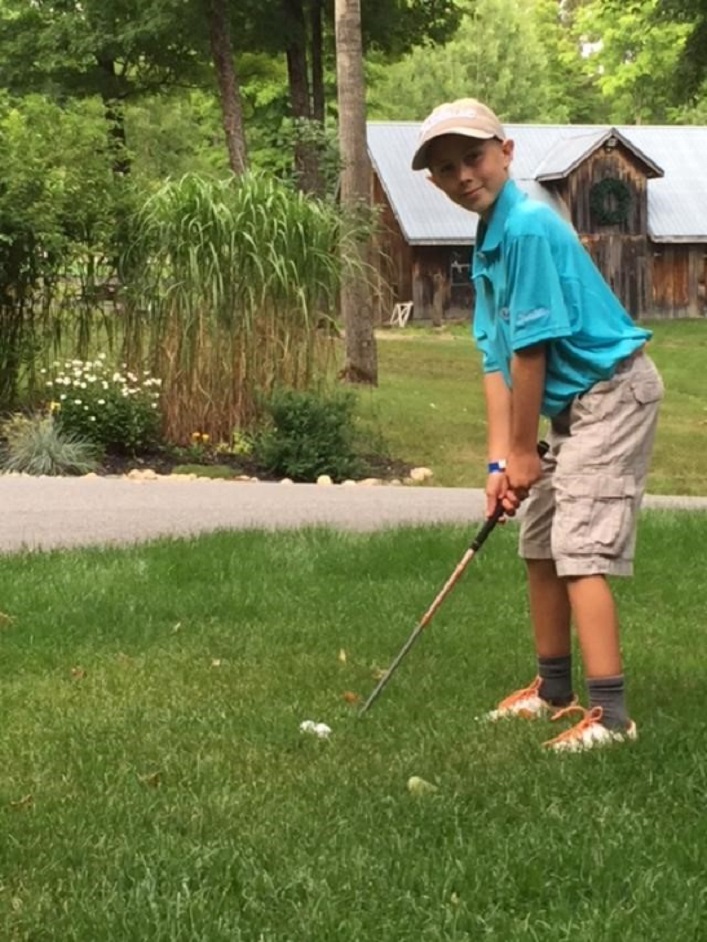 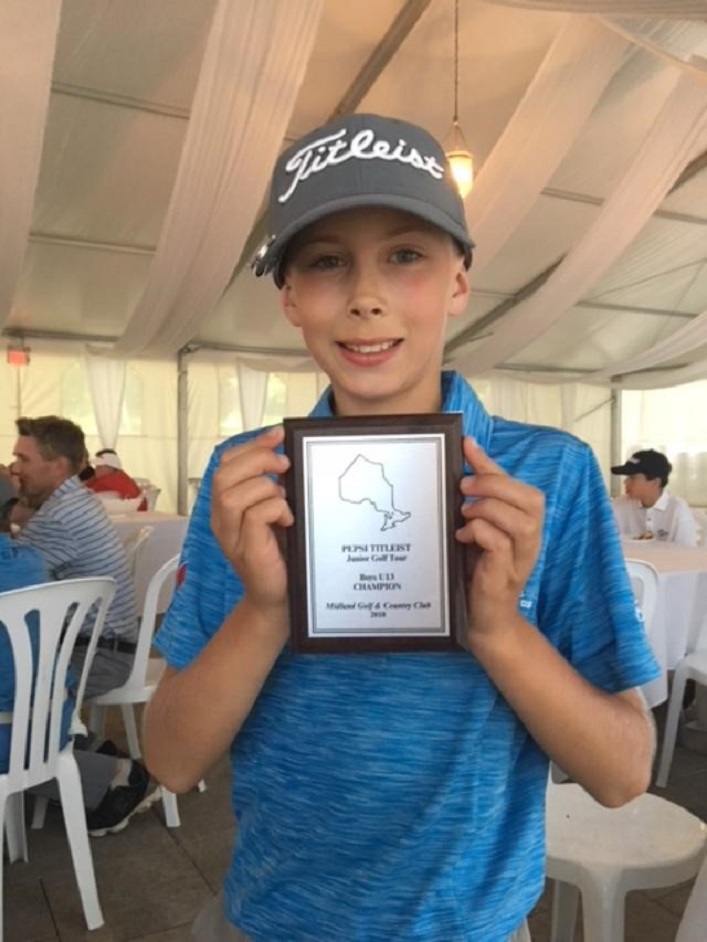 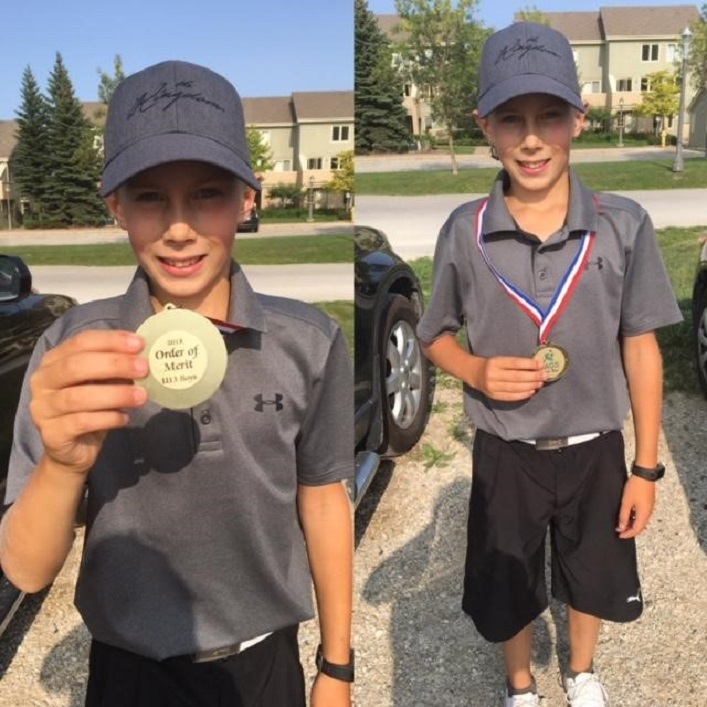 Joshua Lane received the BAGS U13 Boys Order of Merit. This photo was taken after he played the Tournament of Champions at Monterra G&CC in Blue Mountain (Photo: Kendra Lane)

Above (clockwise from top left) Joshua Lane in 2016, his first competition year; his first Pepsi Titleist Junior Golf Tour win of 2018; and Joshua with his BAGS U13 Boys Order of Merit after he played the Tournament of Champions at Monterra G&CC in Blue Mountain (Photos: Kendra Lane)

Joshua had intended his mantra to be “Stay Calm”. He came up with this for his first tournament last year and wrote it in his playbook as a constant reminder. However, when he shared his secret to success after winning, it read ‘Stay Clam’ – he mistakenly misspelled the word calm and it has stuck with him ever since as his family and friends encourage him to stay clam! It seems it is still working after his great success.

Joshua’s most memorable golf moment so far was when he won gold in his final tournament of 2017 in a sudden death playoff at the Shelburne Golf and Country Club. One day, he would love to play in the PGA Championships but his current goal is to receive a golf scholarship when he goes to college.