You are here: Home / Community / A promise is a promise

He hasn’t lived here very long, but Bryan MacKenzie is going above and beyond for our little town.

He’s an extremely generous person, not to mention charismatic and selfless. Within 30 minutes of me being at his house, I walked out with two boxes of cookies and a Tupperware container full of homemade goodies.

He’s the kind of guy who counts his blessings every day. He’s grateful for his health and what he has, and that includes not having to work and having some extra time on his hands.

“I’m so lucky that I moved here,” the 60-year-old who originally hails from Toronto tells me. “My neighbours are my best friends. I think I live in the best neighbourhood in all of Huntsville.”

A few years ago, Bryan moved to Huntsville from the city with his partner, David Harkness. Bryan chose the house for its property and his partner fell in love with the view. (I can attest, it truly is stunning!) They made the big move in order to take care of Bryan’s mother-in-law, whose health was declining and she had to move into a nursing home. 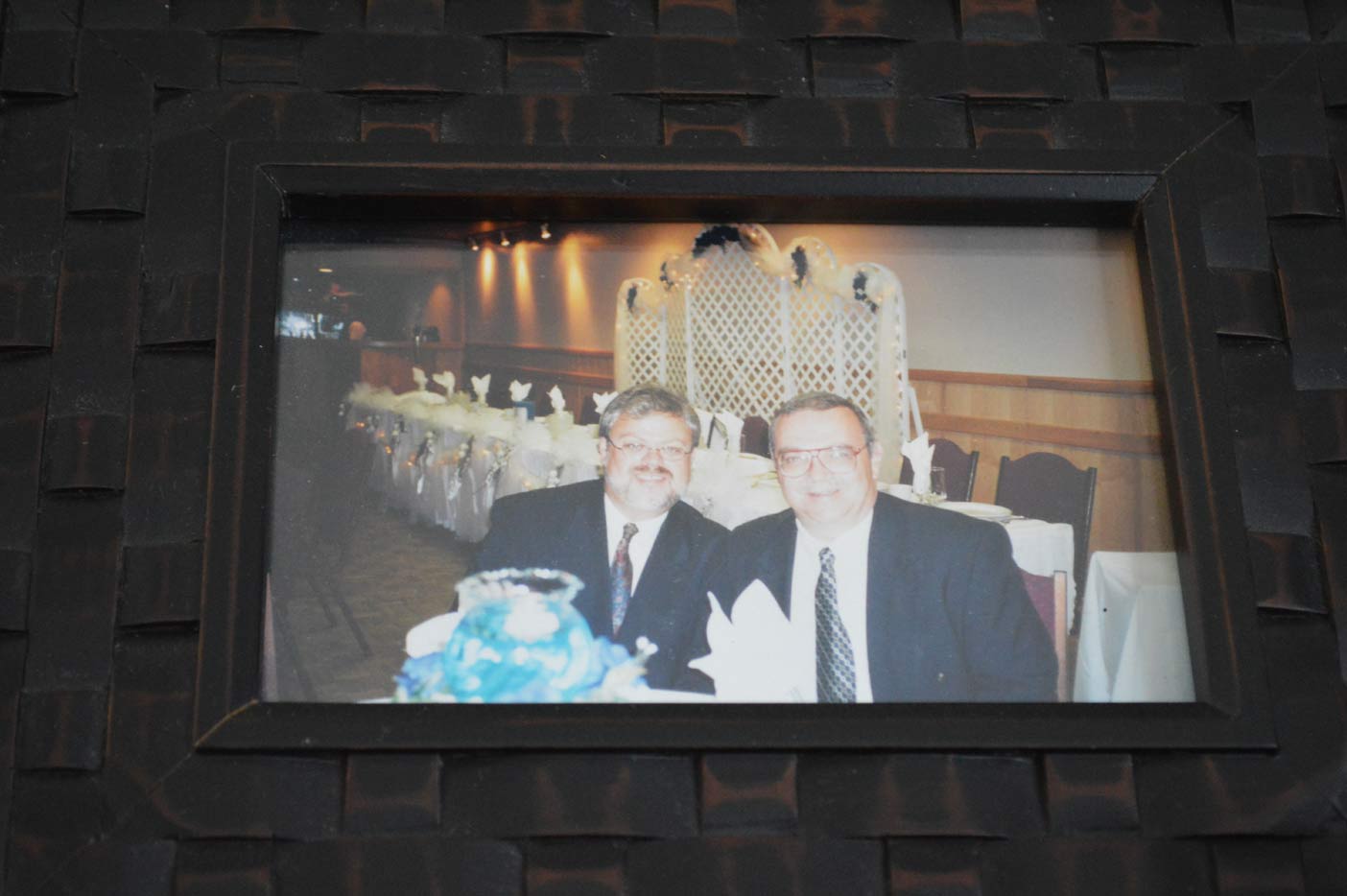 Bryan’s husband died of cancer three days after they got married. They were together for 23 years.

After 23 years together, they married on Christmas Eve 2011. But tragedy struck three days later when Bryan’s husband’s battle with cancer ended and he passed away.

“I had made a promise to him,” he tells me. “And that promise was that I would take care of his mother.”

And so, instead of moving back to the roots he was comfortable and familiar with, he rooted himself here. Having always been a man of faith, the first thing he did was get acquainted with a local church. Then he decided it was time to fulfill another promise he and his husband made when they retired. He started volunteering.

He’s now the billing officer for Huntsville’s Meals on Wheels service. Every other week he is a food runner. He’s grateful for his health and he doesn’t take it for granted. He tells me he’s lucky because he’s retired and able to make a contribution to an important local organization. He doesn’t drive but he was matched with the perfect driver. And coming from the city, Bryan appreciates living in a small town where, “you can get anywhere in 10 minutes.”

“I love my driver. Sometimes she’s the highlight of my week. She’s in her 70s. She has bad knees. My knees are great, so I have a lot to be thankful for. Meals on Wheels is so important. Sometimes we’re the only people they [clients]see. At Christmas time, we had nine clients that required Christmas meals, which tells me they had no one else to have Christmas dinner with. There’s a desperate need out there.”

Although Bryan always had an affinity for plants, it was through the persistent asking of one of his neighbours that he ended up joining the Huntsville Horticultural Society. He loves the fact that he’s meeting new people all the time, all the while learning new things. And for the second year in a row, Bryan’s house will be featured in the annual garden tour this summer. 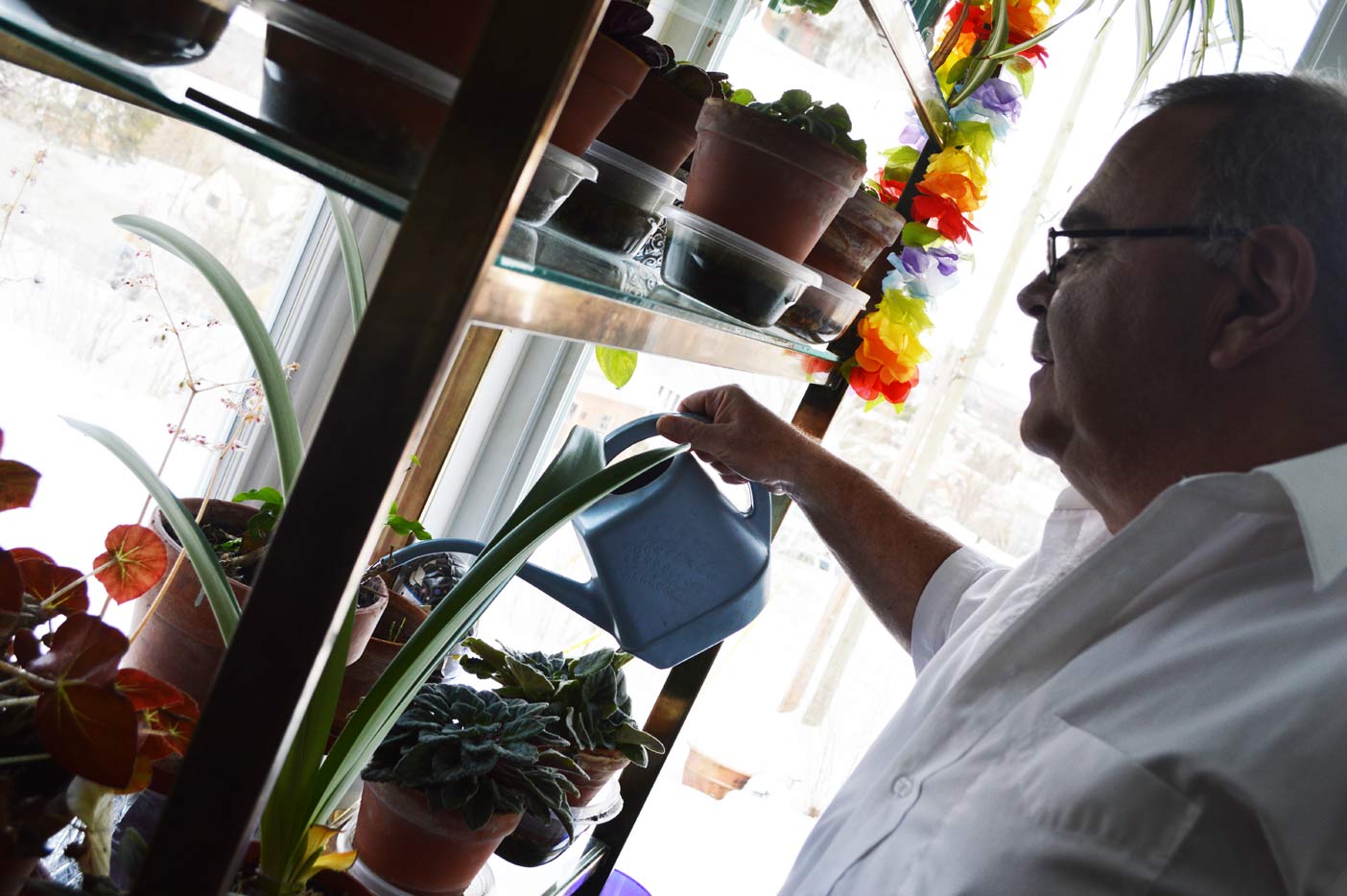 There’s always something new to learn when you’re a member of the Horticultural Society. Plants are ever-changing and that’s what Bryan likes about them. 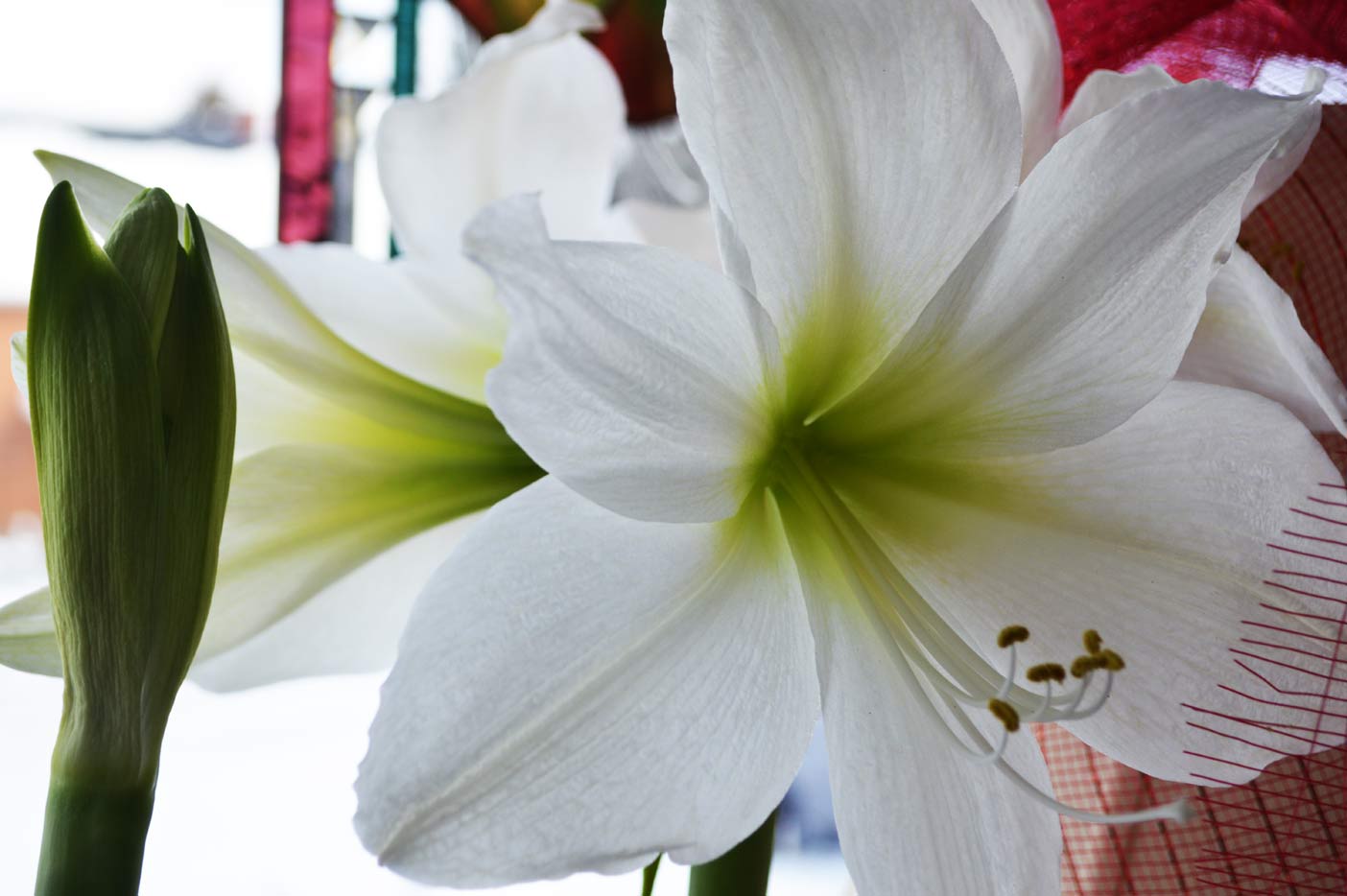 This beautiful bloom is going on right now in Bryan’s home, thanks to his green thumb. 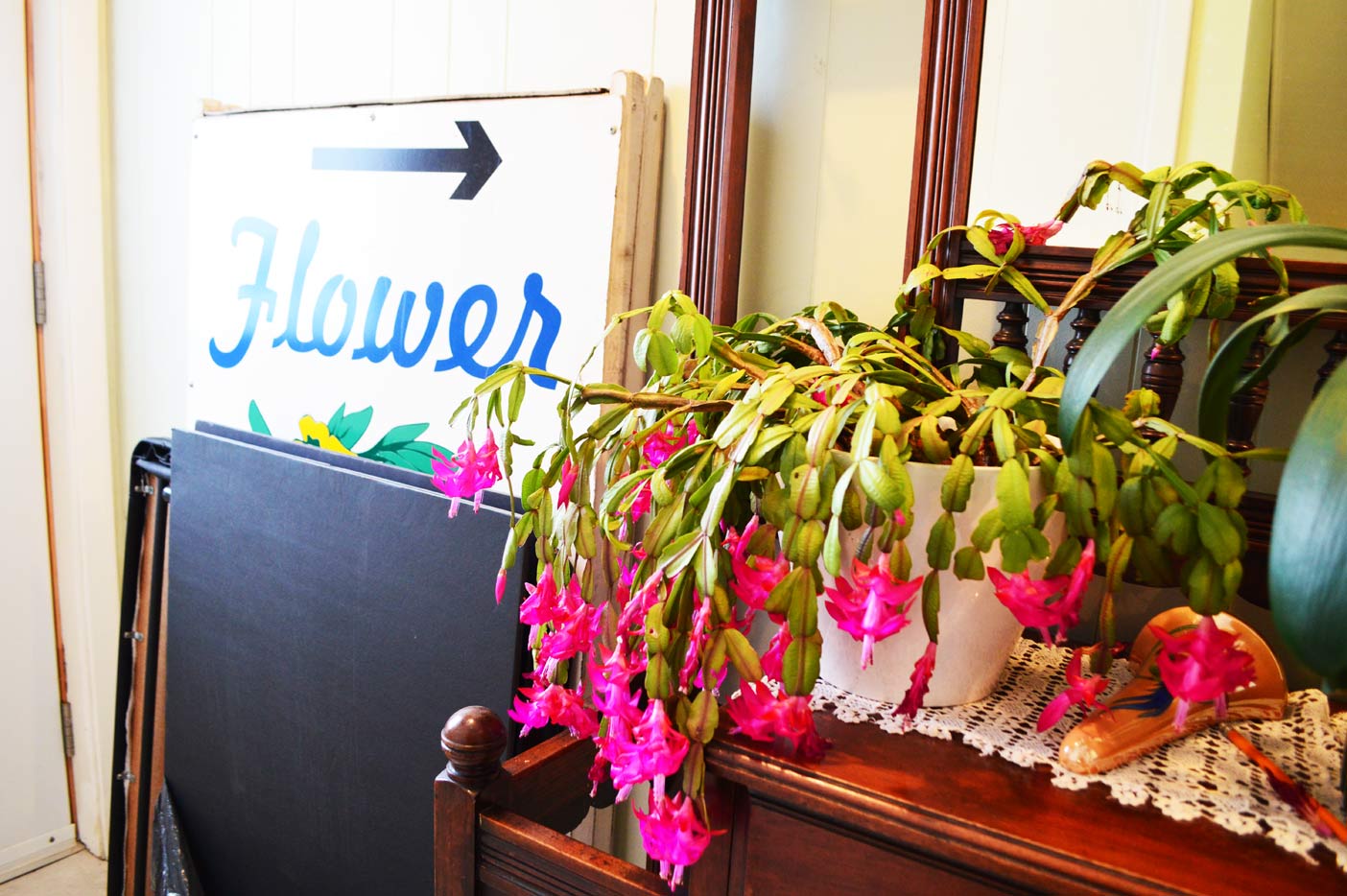 His Christmas cactus is something to rave about, definitely evidence of his green thumb. 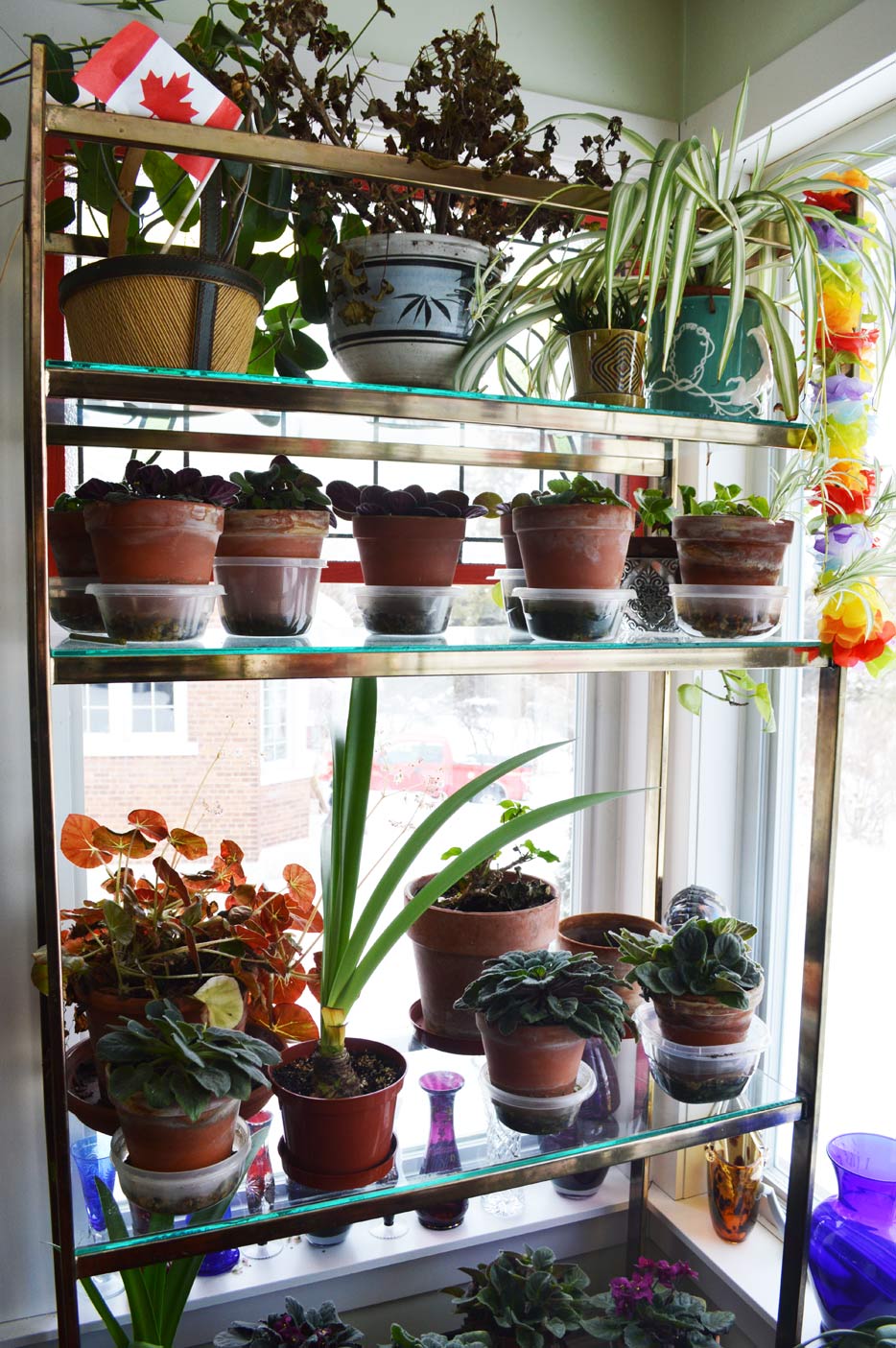 Bryan has a serious collection of African Violets growing at his house.

His involvement with the Horticultural Society led to him becoming a member of the Huntsville Fall Fair’s board of directors. The fair wouldn’t be possible, he says, if it wasn’t for the volunteers.

“It’s a massive undertaking. They need so much help and I could do it. Everyone should work a day at all charities in Huntsville to see how much work goes into it.”

When he found out there was cribbage going on at Club 55, he became a member of the local senior’s hotspot. And it wasn’t too long after joining that his savvy computer skills were noticed and earned him a position as the secretary for the club’s board of directors.

Volunteering is a two-way street for him.

“I’m getting out, meeting new people and having new experiences but at the same time I’m giving something back. If you don’t support them and actively work for these organizations, they will disappear. We all have the skills and they can be used in any one of the number of charitable organizations in Huntsville.”

From first talking with Bryan, I admired how open he was. He seemed like a guy who I could converse with for hours and nothing would be off limits. That’s refreshing in my opinion because he’s religious, and I, on the other hand, am most certainly not.

He speaks highly about the town, except for the shopping. When you’re used to the city life and having everything at your fingertips, it’s a royal pain when you can’t find what you’re looking for.